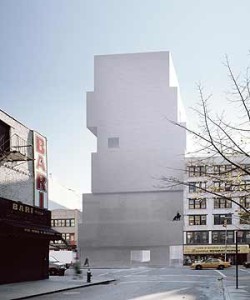 The oddest thing to ever peek its head above the Bowery, the brand new New Museum of Contemporary Art, captured the culture headlines last week during its week-long opening. Critics, even the toughest ones, praised its architecture by Kazuyo Sejima and Ryue Nishizawa of the Japanese firm Sanaa, admired its open gallery spaces glowing with natural light, and generally liked the art displays from around the world. The only thing missing from the downtown hoopla is the woman who started it all — Marcia Tucker.

Brooklynite Tucker might have greeted the success of the new New Museum as mixed bag: thrilled at reaching new audiences, wary of how such attention might censure the core philosophy — presenting new international voices in art, artists that might not find their footing in the current ‘modern art’ world.

Tucker was a curator at the Whitney Museum of Art from 1969 until 1977, when poor critical reception of her exhibit on artist Richard Tuttle got her fired. She then opened the first New Museum, on a single modest floor of the New School’s social research building, at Fifth Avenue and 14th St. You had to walk through a lobby and over book-burdened students to get to the gallery, yet even then, according to a critic in 1981, the artist displayed were unconventional, and “by any imaginable objective standard they vary enormously in the degree of their success.” 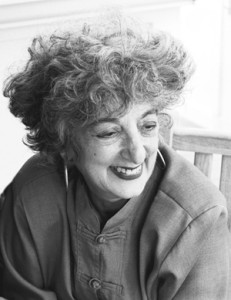 Tucker was fascinated in giving spaces to the artistic voices underneath the radar of traditional galleries. Her obituary describes her philosophy succinctly: Tucker “wanted the museum to welcome art that was excluded elsewhere because it was difficult, out of fashion, unsalable or made by artists who were not white or male or straight.”

In the 80s, she naturally moved to the heart of the world’s art scene, Soho, to a basement gallery in the Astor Building at 583 Broadway, between Prince and Houston. Although larger than the typical Soho gallery, its unglamorous basement locale allowed for peculiar gallery spaces perfectly in line with selections of art from around the world — Cameroon, Chile, Bulgaria, Cuba, Turkey, Poland and dozens of other countries. In 2000, the New Museum opened a then-unprecedented gallery to digital artwork.

The plans for the new space were unveiled in 2004, at a cost of $35 million dollars. New Yorkers have been anxious for the opening ever since the building’s clean, alien-like facade started hovering above the Bowery streets. Tucker never got to see the spectacular final product; she died in California on October 17, 2006 of cancer. At an affectionate memorial service held in January of this year, artist John Baldessari paid her the ultimate compliment: “â€œI thought I was pretty wiggy, but she was wiggier than I was.”