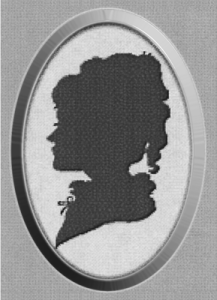 We can’t leave the world of Revolutionary War New York behind without finally exploring one of its captivating mysteries — the identity of agent 355.

The Culper Ring was George Washington‘s clandestine spy network that operated in the streets of British occupied New York. As we mentioned in last week’s podcast, operatives would communicate with Washington using an elaborate set of codes, a seemingly nonsense collection of letters and numbers that could be decoded once the message was successfully delivered.

Many of Washington’s operatives have been identified. However, one remains a mystery, a nameless woman known only by the codename 355. Her only appearance in coded documentation is in the missive: “I intend to visit 727 (code name for New York) before long and think by the assistance of a 355 (code for ‘woman’) of my acquaintance, shall be able to out wit them all.”

She was believed to be within an important Tory family in New York, who could maneuver through offices and courtyards of New York’s British society gleaning information which she would pass along via a bevy of secretive methods. It is speculated that 355 passed along critical information that eventually exposed the treason of Benedict Arnold and later assisted in the arrest of British intelligent officer John Andre.

But wait, it gets far more romantic. She was rumored to be the lover of fellow spy Robert Townsend and pregnant with his child when she was captured — I’ve even read that Arnold himself ratted her out — and thrown aboard the notorious prison ship HMS Jersey in New York harbor. She delivered the child — a boy, Robert Townsend Jr — but died aboard the fetid conditions on the ship.

Sadly, it all may be a little too good to be true. There was a Robert Townsend Jr., son of the famous spy, who eventually entered New York politics and was even involved in the very first incarnation of the Prison Ship Martyrs Memorial in Fort Greene. But genealogists have not been successful in tracing his lineage to a woman of any mysterious import.

The story of 355 was fleshed out in the 1940s by Long Island historian Morton Pennypacker, an early enthusiast of New York’s revolutionary spy ring. However it is unclear where Pennypacker got most of his information.

Personally, I choose to believe there was some beautiful spy, a Colonial era Jennifer Garner, slinking around the corridors of British officers. I mean, somebody rooted Arnold out, right? And John Andre really was captured.

The Culper Ring and Agent 355 have more recently inspired a comic book series from DC Comics. (A panel of which is on the left.)

I had never heard of the Culper Ring until I started reading Y: The Last Man (which is the comic you are referring too). Sadly, even though I had New York History in 7th Grade, my teacher never taught us about Washington’s spy ring. Who says you can’t learn anything from comics? Lucia St. Clair Robson has written a book called Shadow Patriots about the Culper Ring. I would love to see a movie with a Jennifer Garnesque American Spy undercover as a British Loyalist, just don’t hire Nic Cage to be the love interest.

I had to find out what 355 ment in the context of the Revolutionary War for a class I’m taking. Thank you, this has been most helpful.

There has always been a rumor that it was she who spent the night with the Hessian CO, and delayed his response at the Battle of Trenton.

“I mean, somebody rooted Arnold out, right?” – No they didn’t. Arnold’s treason was not discovered until GW showed up for breakfast at West Point HQ and BA fled on horseback to the Brits.

“And John Andre really was captured.” – Yes, but only because some dutiful sentries at a checkpoint made him take his boots off, and found the incriminating document(s)]

Spot on ! Exactly what I’ve read.