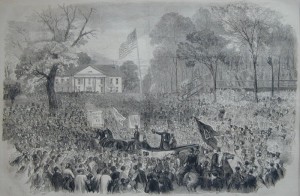 Over 15,000 Irish Americans gathered in Jones Wood in 1856, to greet countryman James Stephen

Once upon a time, back when Fifth Avenue was a dirt path and Bloomingdale was literally a blooming dale, there stood a haunted and most mysterious forest located on bluffs overlooking the East River, far east of the area today known as Lenox Hill in the Upper East Side. (Basically between 66th-88th streets to 75th-77th street.)

Back in the 1700s this was one of the most densely forested areas of the island, miles from the city of New York. Prominent families moved here, settling in secluded homes overlooking the crashing waters of Hells Gate below. And not surprising, ghost stories and legends took root here as well.

As an early account describes it: “It was the last fastness of the forest primeval that once covered the rocky shores of the East River, and its wildness was almost savage. In the infant days of the colony it was the scene of tradition and fable, having been said to be a favorite re-sort of the pirates who dared the terrors of Hell Gate, and came here to land their treasures and hold their revels.”

At the heart of this forest was a small, pioneering 90-acre farm called the Louvre, its owner unknown today, or why it shared its name with a famous French museum. Later, two famous New York families owned manors in this once out-of-town thicket. The Schermerhorns kept the family crypt here until it was nothing but broken tombstones, protruding underfoot when later the area would become better known for picnics and family outings. 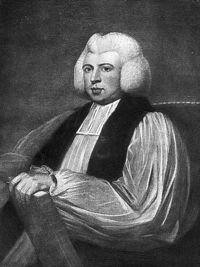 The second family was the Provoost clan, who bought the Louvre in 1742 and transformed it into an elegant home. Although prominent, the Provoosts were supporters of the American cause at the time of the Revolutionary War. Samuel Provoost (that dapper man to the right) later became president of King’s College, the pre-Revolutionary precursor to Columbia University. His cousin David, who fought with Washington’s army, took a more notorious path to fame, become a legendary smuggler nicknamed Ready-Money Provoost.

When Ready-Money died, he too was entombed in the family crypt here. Later, the site of Provoost’s grave attracted ghost seekers, who would “gather there and tell each other wonderful stories of the unearthly doings of the old man’s ghost. Not one of them could have been persuaded by all the ready money in the city to keep a night’s vigil under the trees that overhung the lonely, desolate grave.”

Later still the home was sold to a John Jones, who lent the forest his name. By the 19th century, the woods had become a popular destination for nearby city dwellers. The Provoost’s family chapel was soon turned into a clubhouse and adjoining manor grounds into places of recreation. Stories of its mysterious past and recent days as a retreat for prominent families drew recreationers of all sorts, until it became an what some have called the ‘first major U.S. amusement park’, with beer gardens, sporting events and great spaces for large gatherings.

It was still an untamed, wooded area, but now people arrived for “billiards, bowling, and donkey rides,” for general outdoor carousing and drinking.

Jones Wood was pegged to become the very first site for ‘a great park’, the land to be purchased by the state on 1851, to be transformed into an area worthy of the lavish public spaces of Europe. Proponents for an official park here claims the lush riverfront and rich “dense growth of forst trees” made it ideal for immediate conversion to a formal park.

But there was strong opposition by those who maintained that a ‘central’ park on the island would be preferred, both for its aesthetic symmetry and attractiveness to landowners surrounding it. And at only 150 acres, Jones was also deemed too small. Despite this, in June 1953, the state approved BOTH Jones’ Wood and the area that was to become Central Park.

Landowners around the Jones Wood area and merchants benefiting from sporting events and beer gardens had their day a year later, when city plans for Jones Wood were entirely abandoned.

It still remained popular for much of the late 19th century, particularly used by Irish and Germans from nearby Yorkville, although it was chipped away by new properties tenements. In 1894, a devastating fire swept through destroying properties over eleven acres. By this time, more sophisticated amusement parks began appearing out in a distant area of Brooklyn named Coney Island. Meanwhile, developers looked hungrily at the remaining area of Jones’ Wood. By the light of 20th century, all traces of this jovial and mysterious forest had vanished.

1 reply on “Jones Woods: ghosts, graves and an ‘amusement park’”

Fascinating – I never knew sbout Jones Wood, even though I grew up in Yorkville.