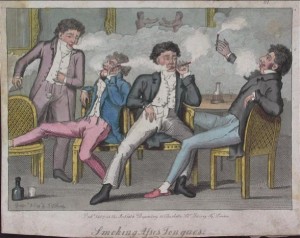 One of the key locales in the mystery of Mary Rogers was the cigar store in which she worked, Anderson’s Tobacco Emporium to the west of City Hall on Broadway. Anderson was known nationwide for the quality of his wares, but by the 1830s New York was already well-known for world-class tobacco products, thanks to one man — Pierre Lorillard.

A habit borrowed from the Native Americans, tobacco was actually grown in Manhattan as far back as the Dutch occupation, with tobacco fields dotting the area, from Greenwich Village to where the United Nations building sits today. But it made a greater impact on the city being shipped in and out of the harbor.

Lorillard, a French Huguenot in British New York, opened the city’s first successful “manufactory” for tobacco products in 1760, on what was then Chatham Street (or today’s Park Row, to the east of City Hall). Described as a “snuff grinder”, Lorillard’s business secret sounds a little repulsive today: to keep his snuff fresh, Pierre sold it in dried animal bladders, “dried and tanned like parchment.” 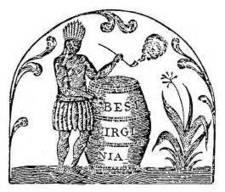 His products were branded with a trademark of a Native American enjoying the delights of a barrel-full of tobacco. One of the earliest developed trademarks to have derived from New York, the Lorillard brand would quickly catch on even in Europe, as his snuff, all snug in its animal bladder, could be shipped with ease.

Pierre however would see little of his lasting legacy, thanks to the Revolutionary War. In 1776, the anti-Tory Lorillard followed the Continental Army out of town after they were driven out of Manhattan, but Lorillard was tragically killed by a Hessian soldier.

Fortunately, the Lorillard family had tobacco figuratively in their blood. The business was taken over by his two sons George and Peter, who moved the business to the Bronx and expanded nationwide. Believe it or not, the old Lorillard Snuff Mill is still standing, now a part of the New York Botanical Garden.

You can thank current Lorillard Tobacco Company today for providing the world with Newport Cigarettes and a bevy of other nicotine products. Cough cough.

You can find some other historical details about Lorillard here.

Below, some of the cheesy masculinity wrought by the Lorillard empire: 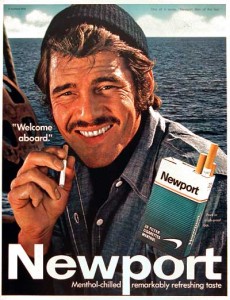