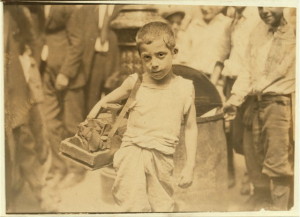 Another day older (seven or eight years old, to be exact) and deeper in debt: the daily grind of the young bootblack at City Hall Park, photos by Lewis Wickes Hine, dated July 25, 1924. (Courtesy LOC) 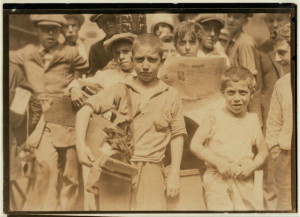 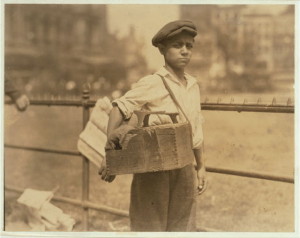 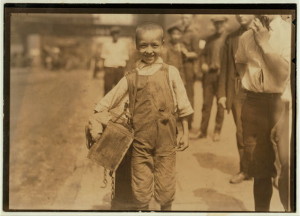 Hine was a social reformer, similar to Jacob Riis, who used photography to illustrate the reality of poverty in the city. He would go on to produce some of the greatest photos ever taken.