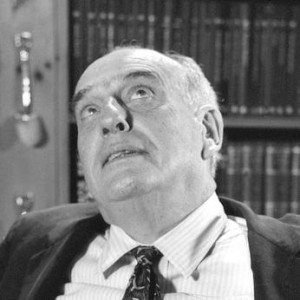 You’ve probably heard by now that Oliver Stone is preparing to make a film version of Robert Caro’s ‘The Power Broker’, the iconic biography of New York’s influential city planner Robert Moses. Several people have emailed us for our reaction to Moses’s big-screen debut. (Well, small screen actually. It’s an HBO film.) The ‘master builder’ is a regular foil in our podcasts. Our 100th episode is devoted to Moses’ influence on the city.

But a movie? I’m cautiously optimistic to mildly apprehensive, as anybody should be when a classic book is adapted for the screen. ‘The Power Broker’ is over 1,100 pages long. For comparison sake, The Lord of the Rings is 1,216 pages, and director Peter Jackson stretched that over three long, epic films. The Caro book also charts about seven decades or so. Will the man’s career — not to mention the history of 20th century New York — acceptably fit into a single movie?

And this presumably wouldn’t be a normal bio pic, because ‘The Power Broker’ isn’t a normal bio. The book defined Moses in the public consciousness; it both sullied and mythologized him, during his lifetime. Caro’s screed is part of the Robert Moses story now. People either support its view that Moses did more harm than good to New York City, or they rebel against it.

Now take that provocative text and hand it over to a director, born and raised in New York, who has proven, time and again, to create extraordinary cinema doused in an unashamed political point of view. Stone is fearless, if not consistent; after all, his last two forays into New York were ‘World Trade Center’ and the sequel to ‘Wall Street’, films as ambitious as they were mildly received. The combination of Caro’s angst and Stone’s audacity will certainly be combustible.

Why now? I suspect one element that will appeal to modern audiences is the image of Moses as a man who could get things done, a phrase that Caro applies as a double-edged slogan. Moses’s agile political maneuvers and his use of funds (first from the federal government, then from various public authorities) to sculpt grand projects makes the stranglehold of modern politics seem truly anemic.

If HBO does a strict adaptation, don’t expect to see Jane Jacobs. She appears nowhere in the book. But I suspect they’ll insert a new section into the film, as the Robert Moses vs. Jane Jacobs trope is impossible to resist. Can’t you already picture a scene with young Jacobs (perhaps played by Laura Linney or Robin Wright) leading a protest against LOMAX with picketers in Washington Square? Although if they really want to put the parks commissioner against a feisty female preservationist, there’s plenty of material regarding his duels in the press with Eleanor Roosevelt.

On the subject of casting, I’ve heard the name Frank Langella tossed around for the lead role. But he’s in his 70s. The most fiery and interesting scenes — the most filmic ones — take place with Robert Moses in his early to mid 40s. Revisit the scene with Moses scouring the beaches of the Long Island south shore, imagining a great public beach. What tall, brawny, 40ish actor fits the bill?

I’m almost more fascinated in seeing who gets cast as the two pivotal mayors of the book — Fiorello LaGuardia and John Lindsay. Realistically, is there any human being (excepting Danny Devito) that fits the unusual physical requirements of LaGuardia?

But perhaps the most interesting depiction will be of New York itself, as we’ll certainly be greeted with the construction of mighty projects like the Triborough Bridge and devastating neighborhood killers like the Cross Bronx Expressway. How will the film convey a public uprising against Moses-style urban growth that in reality took decades to effectively organize?

I do hope the movie indulges in a little fantasy as well, depicting the city of Moses’s dreams, with lower Manhattan cut through with elevated highways, New York Harbor cleaved with a bridge from Battery to Brooklyn, and miles of glorious parking lots. After all, who doesn’t love a good horror movie?

3 replies on “Soooo, about that new HBO Robert Moses movie…..”

This would work if we could trust Oliver Stone not to be so intrusive with his politics that Caro’s book becomes Stone’s movie, and disappears altogether with the truth. I did appreciate his “W,” which struck me almost as if it were a horror film it was so grotesque. But, then I really didn’t like George W. Bush.

Stone’s Kennedy assassination movie was perhaps the most skewed. (And what about Stephen King’s “11/22/63”?!)

But Danny Devito as LaGuardia would be amazing.

Just a behind-the-scenes note of appreciation for your knowledge that Jane Jacobs appears nowhere in Caro’s tome. If she appears in the film, they will have to re-option Wrestling with Moses: How Jane Jacobs Took on New York’s Master Builder and Transformed the American City (Random House), actually first optioned by HBO, with James Gandolfini to star, produce, and direct.