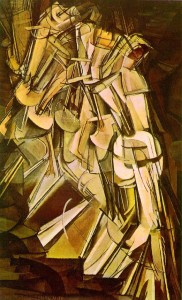 The monster within the Armory’s ‘Chamber of Horrors’: Marcel Duchamp’s ‘Nude Descending A Staircase No. 2


PODCAST The Armory Show of 1913 was the mainstream debut of modernist art — both European and American — to New York City audiences. Galleries had previously devoted themselves to the great European masters, antiquity and American landscapes as a way to influence the taste of a growing city. But even though vanguards like Alfred Stieglitz debuted artists like Pablo Picasso and Paul Cezanne into his Fifth Avenue gallery, those names were still barely known to the average New Yorker. 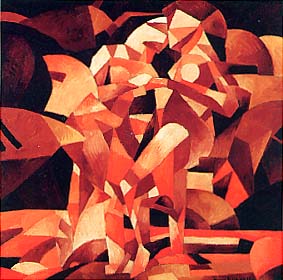 Â The Armory Show, located at the 69th Regiment Armory on Lexington Avenue, changed all that, but not without controversy. When the exhibition debuted on February 17, 1913, writers and art critics exploded in shock and outrage. Even a few of the artists were incensed, as people raced by some important American works to get to the scandalous European works in the back.

This is the story of an important moment in American art history, but also a moment in New York City pop culture, an event that shook society and challenged its beliefs about taste and beauty — not a small thing in the waning years of the Gilded Age.

At right: Francis Picabia’s Dances at the Spring

But you don’t need to be fluent in art history to enjoy the wackiness of the Armory Show! This is a tale of one of the biggest and most written-about exhibitions in New York history, a story P.T. Barnum would have found satisfaction in.

STARRING: Pretty much a who’s who of your local modern art gallery, with special focus on Marcel Duchamp, Edward Hopper, Robert Henri and Henri Matisse.

You can also listen to the show on Stitcher streaming radioÂ and Player FMÂ from your mobile devices.

Or listen to straight from here:
The Bowery Boys: The Armory Show of 1913 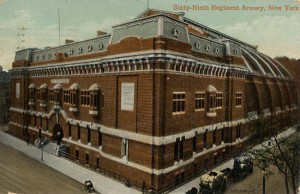 The interior of the 69th Regiment Armory, showing the vastness of its drill hall. The room would play host to marathons, basketball games, concerts and fashion shows, but none were as famous as perhaps the event that makes the strangest fit into a military building — a modern art show. (Courtesy NY State Military Museum) 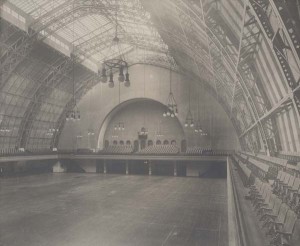 The limousines lined up in front of the Armory Show, certainly carrying away more than a few bewildered (and bemused) visitors. (Pic courtesy Museyon Guides) 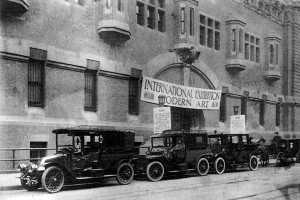 The White Slave, by Abastenia St. Leger Eberle, flummoxing crowds in the very first room. (LOC, from photos taken at the show) 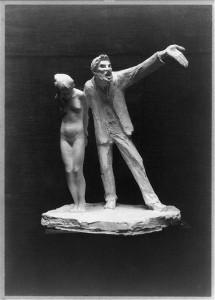 The Kiss by Constantin Brancusi, a primitive insult to many. (LOC, from photos taken at the show) 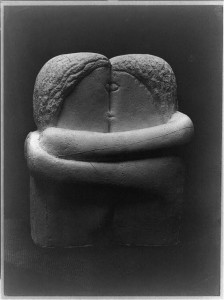 Inside the glorious ‘Gallery I’ with its collection of Cubist works. Duchamp’s eyeopener can be seen in this image. (Courtesy Smithsonian Archive of American Art blog) 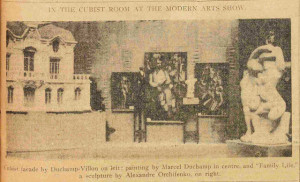 This photo of the Duchamp Brothers was run alongside their works in the so-called ‘chamber of horrors’ Gallery I. Â For whatever reason — intrigue, outrage, attraction — people became fascinated by the siblings. Â  From left to right: Marcel Duchamp,Â Jacque Villon and Raymond Duchamp-Villon. 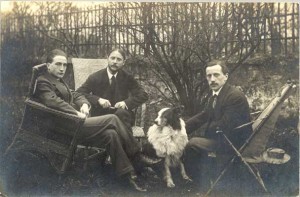 Edward Hopper’s painting of a sailboat was one of a few American paintings sold during the exhibit. It was mostly the European entries that got the attention of art collectors. 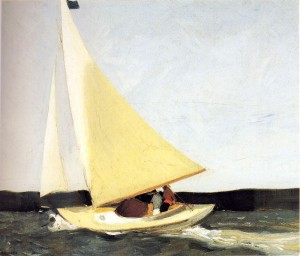 MORE INFORMATION
For more in-depth information on the Armory Show, your first stop must be the University of Virginia’s invaluable website on the event, featuring a walkthrough of ever gallery, and some exhaustive but interesting analysis.

There will be a great many shows in museums and gallery throughout the United States and internationally this year, being the 100th anniversary. I will list a few here as I find them. However if you know of any that I haven’t listed, please put them in the notes below:

— The New York Historical Society will host an exhibit on the Armory Show starting in October.
“The 2013 exhibition revisits the Armory Show from an art-historical point of view, shedding new light on the artists represented and how New Yorkers responded. It will also place this now-legendary event within the context of its historical moment in the United States and the milieu of New York City in ca. 1911â€“1913. To that end, music, literature and early film will be considered, as well as the political and economic climate.”

— The Abrons Art Center, part of the Henry Street Settlement, in Manhattan’s Lower East Side, has an intriguing take on the Armory Show debuting on February 17, 2013, the exact anniversary of the original show. Called ‘DECENTER: An Exhibit on the Centenary of the 1913 Armory Show‘, the show will explore the question: “What is the legacy of Cubism in the hundred years since the Armory Show’s radical display of modern European and American art, and especially, how has this become relevant again in our digital age? The show will exhibit a core group of artworks in the gallery, and also feature a corresponding internet component of digital works in an online gallery. ”

— The Montclair Art Museum in Montclair, NJ, is also opening its exhibit “The New Spirit: American Art in the Armory Show, 1913” on the exact date of the original — February 17.Â “The Montclair Art Museum collaborated with the Smithsonianâ€™s Archives of American Art on a gallery that will be devoted to rare and unique primary documents pertaining to the Armory Show. These include personal letters, floor plans, sales records, admission tickets, catalogues, buttons, and invitations, as well as reproductions of the original installation.”

— The Art Institute in Chicago will be celebrating the show in March with a lecture focusing on some of Chicago’s private collectors and will undoubted have more information on Chicago’s reception of the exhibition. More information here.

— And of course there’s an annual exhibition called The Armory Show which traces its roots back to the original show. Naturally they’ll be having a centennial celebration as well, from March 7-10, 2013, located at Piers 92 & 94 in Manhattan. More info here.

2 replies on “Art Insanity: The elegant audacity of the Armory Show of 1913, the daring exhibit that awed and outraged America”

What a great podcast! Thanks for sharing this history with the rest of us.