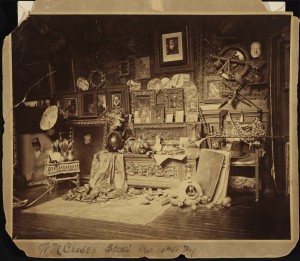 The studio of William Merritt Chase in the Tenth Street Studio Building at 51 West 10th Street. Another appears below. [Smithsonian]

Take a look at these extraordinary photographs of artist studios in New York City from the late 19th century to the early 20th century, the interiors of apartment buildings and houses rendered into a lovely chaos.  Hopefully you’ll find them as inspiring as I do.  Off to make a mess in my apartment!

Betti Richard, bronze sculptress, in her studio of towering religious figures.  She would later get married to the Austrian ambassador to the United Nations and spend “cocktail hour[s] as hostess and partygoer.” [Smithsonian] 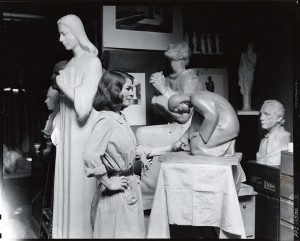 Abraham Walkowitz, at his studio at 8 West 23rd Street. The artist, a Russian immigrant who spent his youth in the Lower East Side, is famous for his paintings of dancer Isadora Duncan. [Smithsonian] 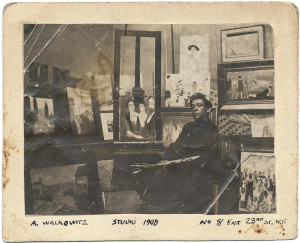 Zelma Baylos in her studio at Carnegie Hall, taken between 1910-1915. The Carnegie Hall studios fostered the careers of hundreds of artists until 2010, when the remaining artists were evicted and the space turned into a music education center. [LOC] 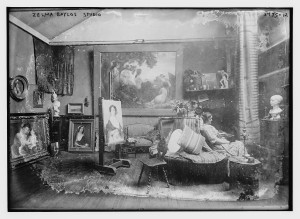 Dr. Selma Burke in her Greenwich Village studio, date unknown.  Burke is best known for her plaque of Franklin D. Roosevelt hanging in Washington DC, long rumored to be the inspiration for the U.S. dime.  [Smithsonian] 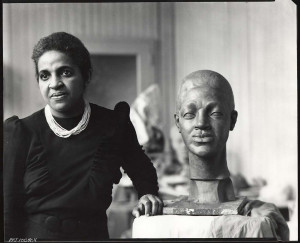 Another image of William Merritt Chase‘s studio, taken sometime in 1900. Chase was an early American Impressionist painter and one of New York’s most admired art figures during the Gilded Age. [Smithsonian] 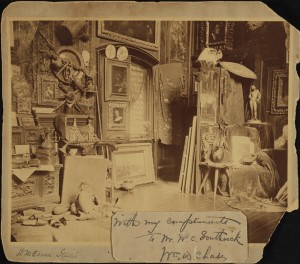 Leon Dabo in his Brooklyn studio, taken around 1910.  Dabo, primarily a landscape artist, was one of the organizers of the Armory Show of 1913. [Smithsonian] 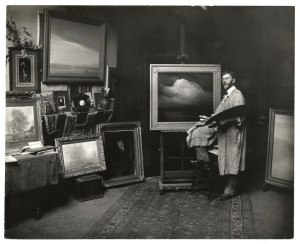 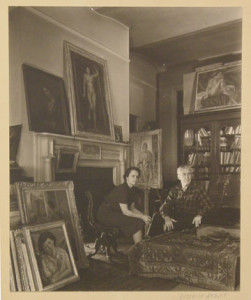 Bessie Potter Vonnoh, in her studio at 33 West 67th Street, taken sometime after she moved here in 1905. [LOC] 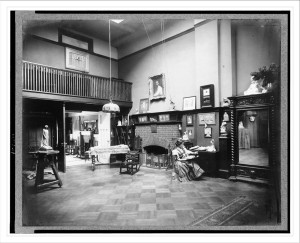 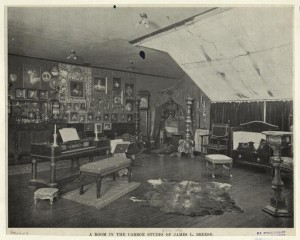 Edward Hopper in his Washington Square studio, photographed in 1948, by the great Berenice Abbott. [Smithsonian] 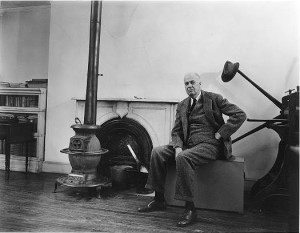 The studio of William Couper, which he shared with father-in-law and fellow sculptor Thomas Ball, taken between 1910-15. Located at 207 E. 17th Street, in Manhattan. [LOC] 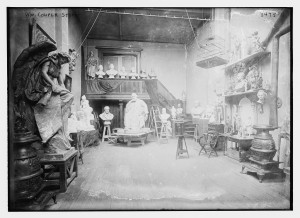 This is fantastic! This is a really important photo for me. The couper-ball studio is incredible. This is a photo of my great great grandfather’s working place. THank you so much for sharing.