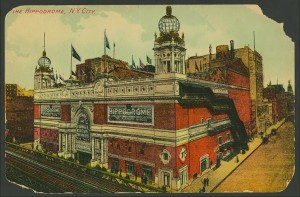 Our show on the Broadway musical was quite epic, and we ended up cutting out some interesting stories to make the show a reasonable length.  However I’ll leak out a couple of these ‘deleted scenes’ over the next couple weeks.

For instance, here’s a segment about another great Broadway theater. In fact, one of the biggest stages ever — the Hippodrome


And, as I referenced in this segment, here’s the advertisement featuring John Philip Sousa.  “The Greatest Success in Theatrical History”!: 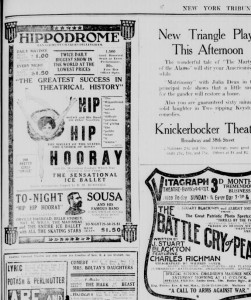 You can hear music that was performed at the Hippodrome by the Victor Military Band in a prior post.