During one particular winter in the early 1910s, Central Park was invaded by an army of young sledders, tearing over the snow-covered terrain without thought to temperatures or bodily injury.

Believe it or not, the city encouraged children to use the city parks for sledding, especially given that the alternatives were slicked-up city streets.  In fact, New York did everything possible to make parks an ideal sledding destination.

“Snow from the sidewalks around Hamilton Fish, DeWitt Clinton and East River parks has been thrown over the fences to form an embankment from which the youngsters can coast.” reported the New York Tribune in 1910.  In Central Park, “never before were so many coasters in evidence.”

Indeed, automobiles posed a grim and dangerous threat to children sledders. The newspapers between 1909-1919 are filled with sad stories of children killed in sledding accidents, with autos frequently involved.  Vehicles from the early days (not to mention, their novice drivers) were simply ill-equipped for icy conditions.

While some in the community lamented the mess made in public parks, most preferred keeping children safe.  These pictures kind of make you want to make a go of it, don’t you think? 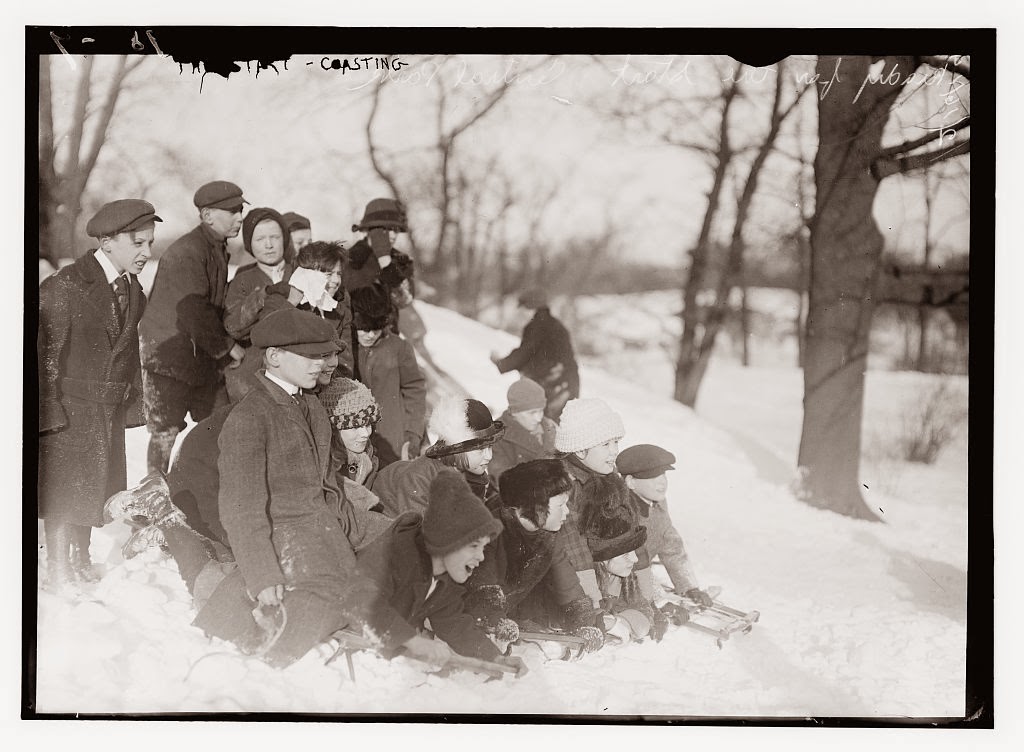 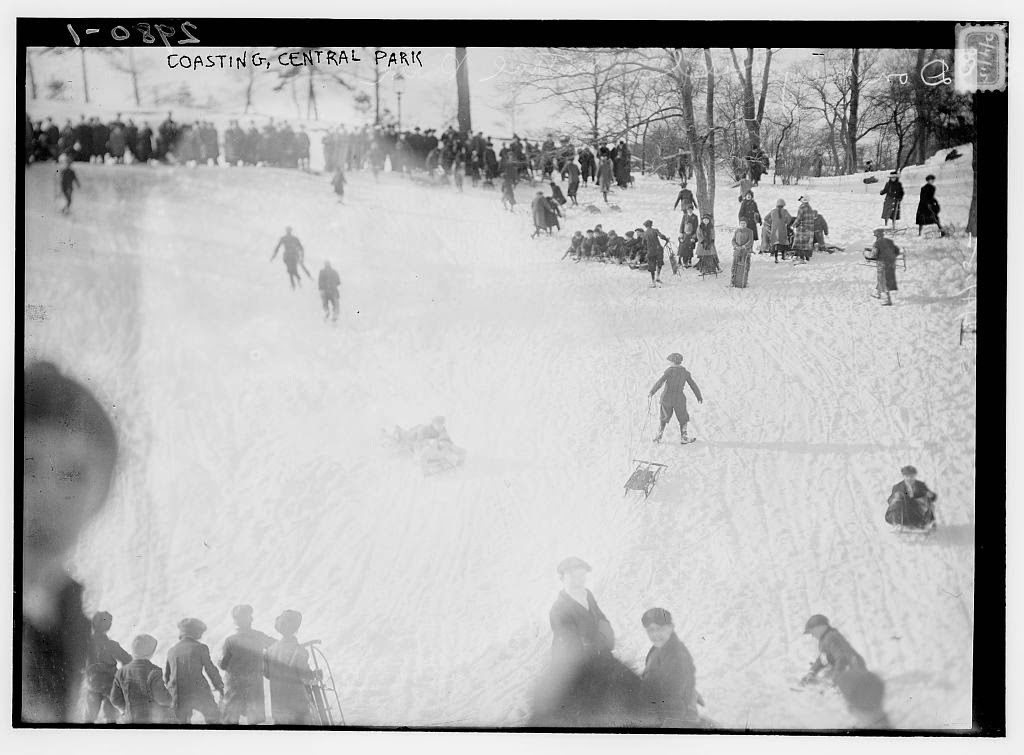 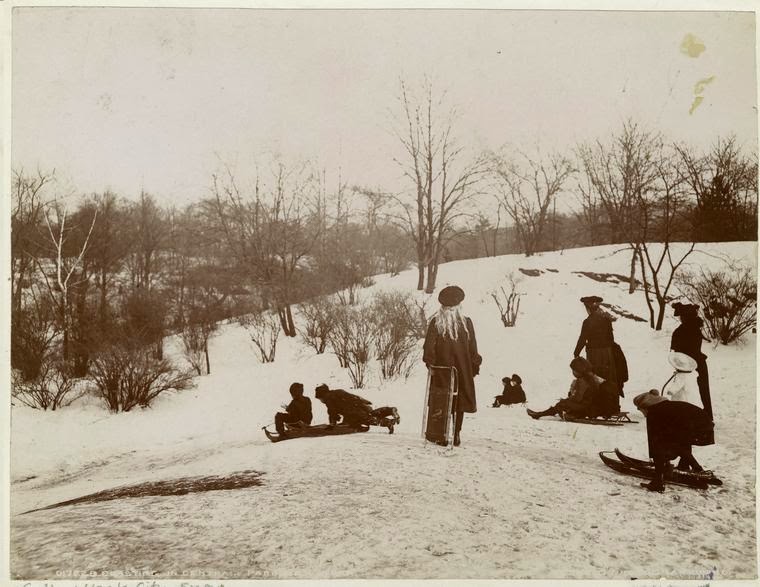 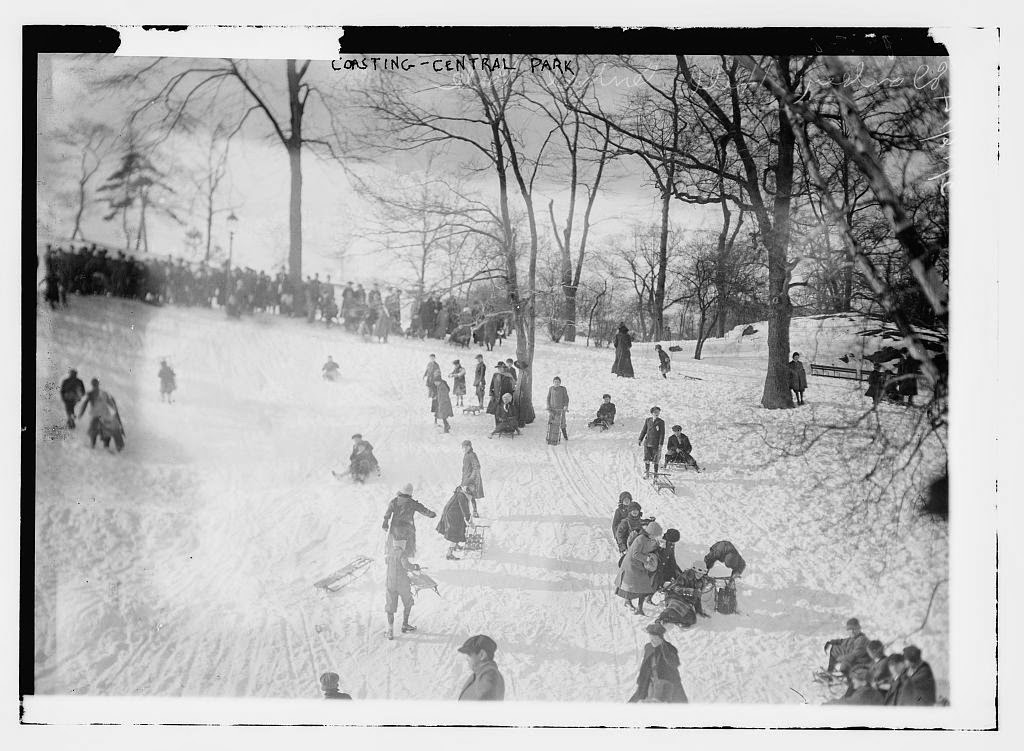 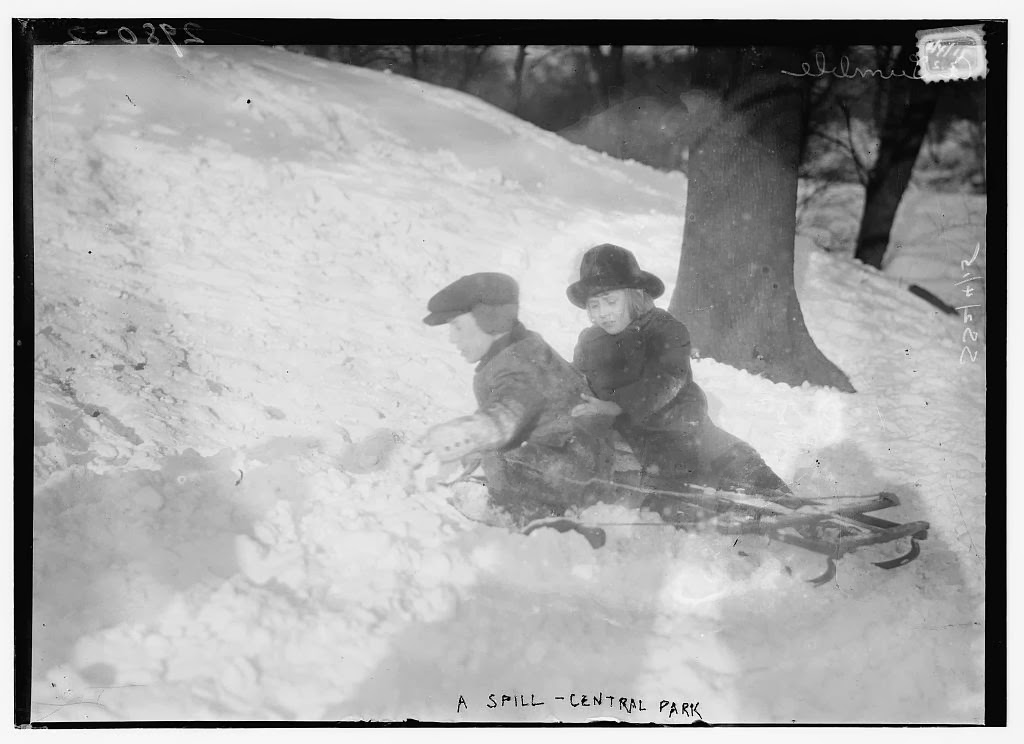 Of course, wealthy people could always go on a sleigh ride in the park, but the mass production of individual flyers (like the one advertised below) and homemade facsimiles soon brought middle and working class into the park for fun.  I would like to think this sled model (advertised in a Dec. 4, 1914 edition of the Evening World) was used by some of those intrepid spirits pictured above: 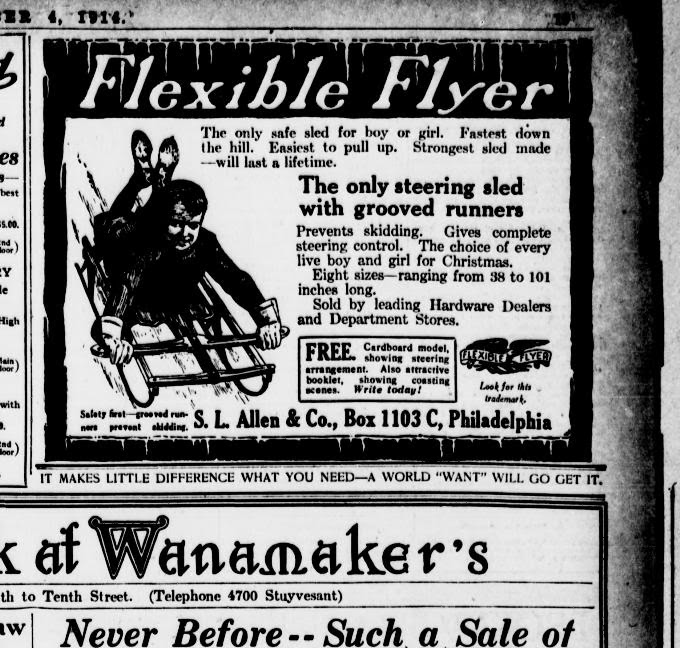 And you think that all looks a little dangerous, here’s some adventurers from 1860, using Broadway as their personal ice sheet, with a child tied to the back! 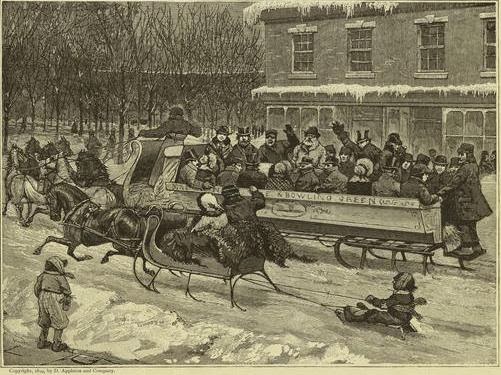