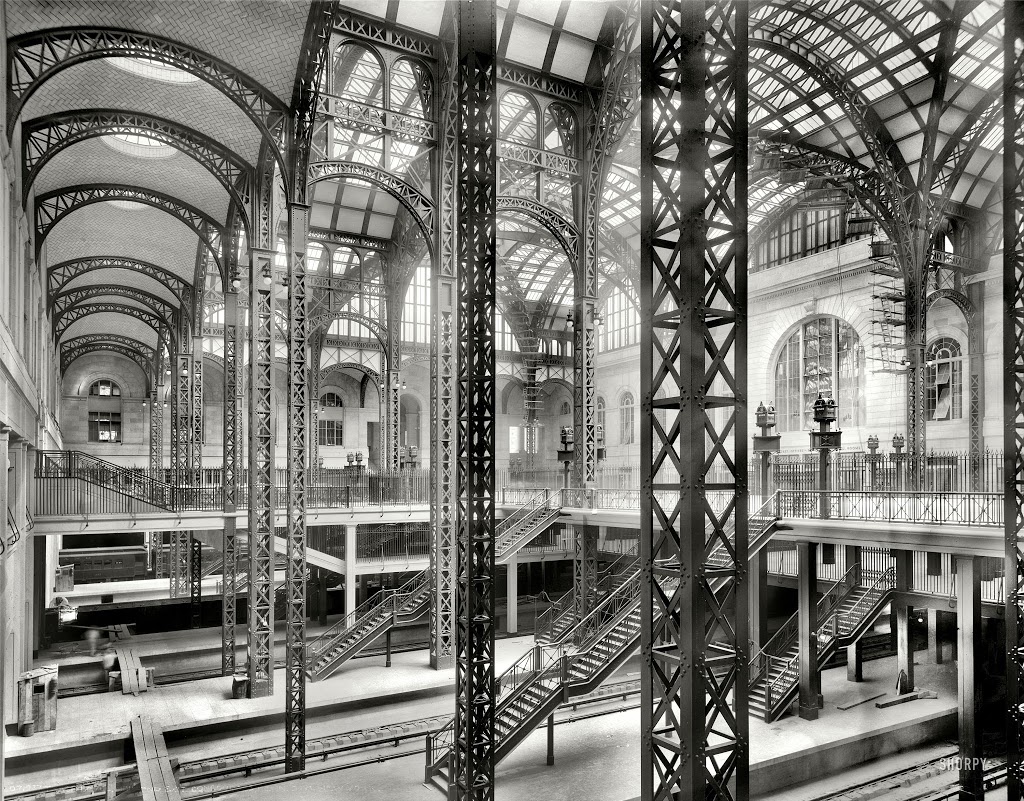 The halls of Pennsylvania Station, conjuring the grandeur of a Roman temple, would have created an otherworldly echo at rush hour on January 22, 1914.  Thousands of commuters hurrying across the marble floors of McKim, Mead and White’s steel-latticed terminal, rushing to arriving trains pulling into the sunken boarding area from deep tunnels beneath Manhattan and the Hudson River.

It was in the cavernous waiting room of Penn Station at rush hour that a gentleman was seen nervously pacing the floor — “a well-dressed man of 40 years, with a high forehead and black curly hair.” [source]  He wore a dark grey overcoat, his pockets full.  He was taller than most around him, and his brow was furrowed in anxiety beneath a gray plaid hat.  The man had just come in from Philadelphia, judging from the newspaper clippings on his person. 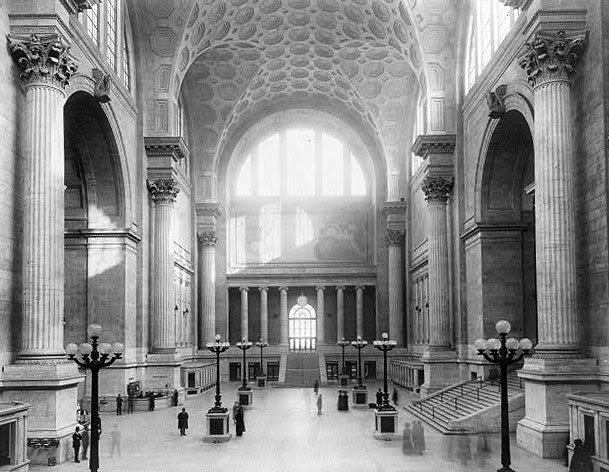 Precisely at 6 pm, the curly-haired gentlemen left the waiting area and entered the men’s washroom.  It was here that he reached inside his coat, pulled out a revolver and shot himself twice in the head.

Almost any sound made in old Penn Station dramatically amplifies under its high vaulted ceilings.  Two gunshots during rush hour certainly must have stopped foot traffic, if only for a moment.   The gentleman was discovered by Penn Station’s chief detective and taken to the West 37th Street Police Station where officers inspected the body for signs of identification.  None were found outside of the address for a gas company in Newark, NJ. Did he work there?  Did he owe them money?

More disturbing was a hand-written suicide note, which read:

“It is time that I end this useless existence.  I’ve taken all the facts into consideration and have concluded that death is the only way to get out of this hypocritical and swindling world.  I hope to make a good job of it.”  On the other side of this note was written a more direct meaning for this gentleman’s grief — “Out of work and funds.” 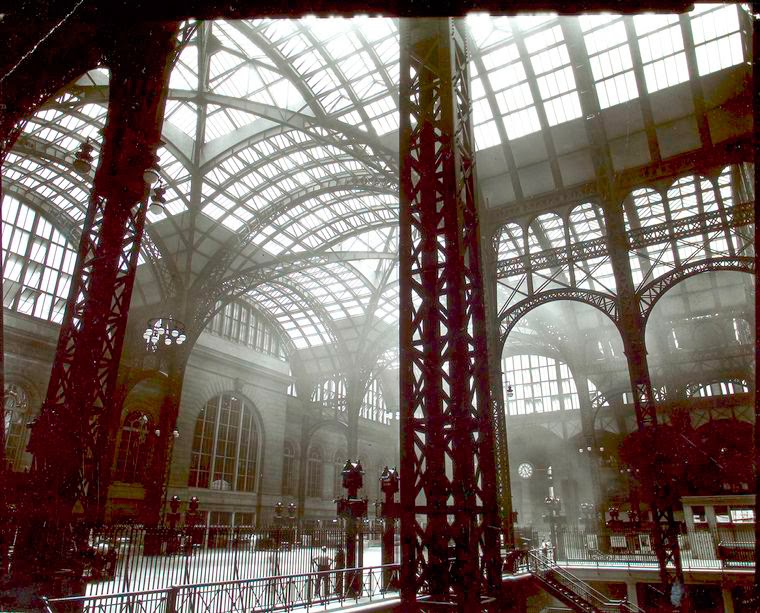 Investigators also found a whisky flask, a few quotations from Shakespeare and a grand total of 47 cents.  But perhaps the oddest possession in his pocket was a magazine clipping featuring the writings of Maurice Maeterlinck, the Belgian intellectual who had won the Nobel Prize for Literature just two years previous.  It’s not surprising that a person in the depths of depression would turn to Maeterlinck, a playwright known for exploring the enterprise of death.  (Later in life, Maeterlinck would also be accused of being a towering plagiarist.)

The New York Sun made note of the fact that the Maeterlinck clipping featured several underlined passages in an article headlined ‘Death’, including this one:  “In any case, it seems fairly certain that we spend in this world the only narrow, grudging, obscure and sorrowful moments of our destiny.”

While this man’s sad demise made the front sections of all the local newspapers — after all, you can’t shoot a revolver in Penn Station without some notice — I was unable to find any further follow-up to this man’s identity.  And so, on the one hundredth anniversary of this stranger’s passing, he joins the many other ghosts of this legendary old building, itself nothing more than a memory. 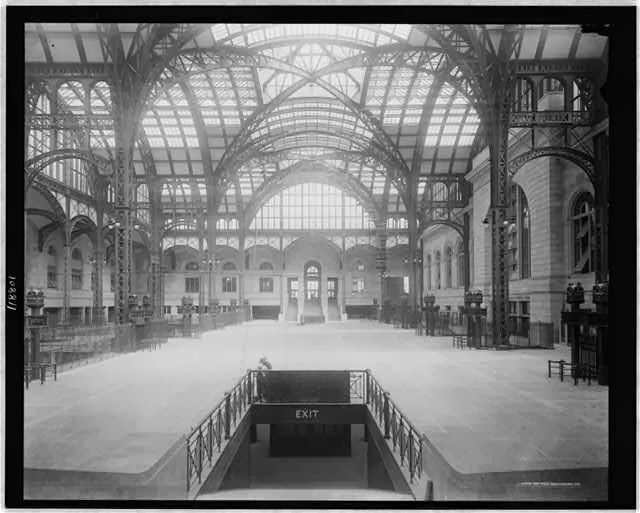 2 replies on ““This hypocritical, swindling world” — One hundred years ago, a mysterious suicide in the halls of Pennsylvania Station”

Thank you for sharing this tribute for this nameless, forlorn soul. This is probably his only memorial.