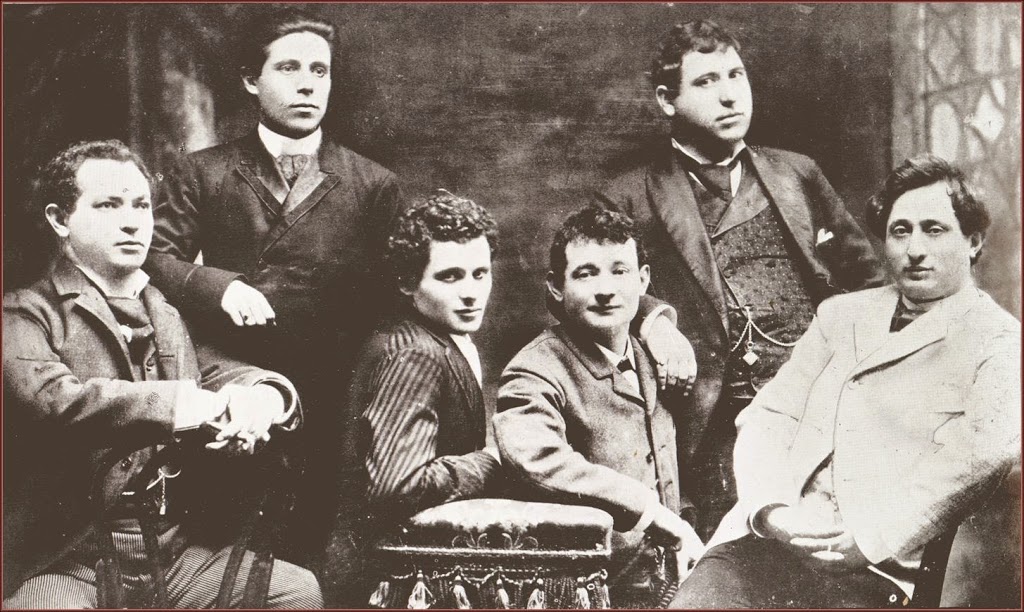 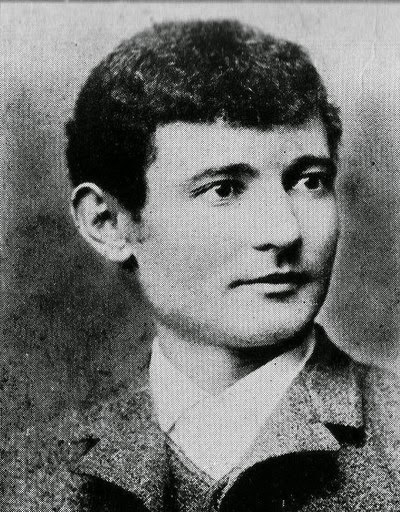 For a passionate sub-set of New Yorkers, Mogulesko was everything.

The Romanian-born theater star Sigmund (also written as Zigmund or Zelig) Mogulesko came to America in 1886 already a star of Europe’s Yiddish theater scene. Intrepid performers like Mogulesko helped create the Yiddish theater circuit during this decade — and, by extension, vaudeville as well, since so many of its performers would start here.

When he opened the Rumanian Opera House (later, the National Jewish Theatre) on Second Avenue and Houston Street, Mogulesko wasn’t just opening a stage. It became a vital instrument of the community and a key destination in New York’s thriving ‘little Broadway’, opera stages and vaudeville houses along Houston Street and Second Avenue uniquely catering to the immigrants of the Lower East Side.

Mogulesko became America’s most popular Yiddish theater star by the 1900s, a singer and comedian with an uncanny ability to pluck the heart strings. His debut in Coquettish Ladies required a myriad of costume changes, from old to young, male to female. A Jewish historian wrote, “A born genius he was, and his personality was as marvelous as his art.” [source]

Below:  Mogulesko in Joseph Lateiner’s The Dybbuk (performed in Odessa in 1884) playing the character “Grandmother Eve” 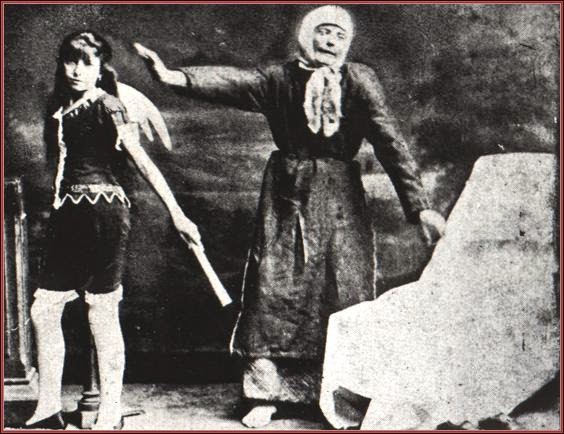 At the same time, he was little known in other parts of New York. (He allegedly never learned to speak English.)  The more formal elements of the “legitimate” stage sometimes looked at the successes of the Lower East Side theater scene with bemusement and a little jealousy. “These alien citizens have a theater which they thoroughly comprehend and esteem,” said the New York Times in 1914. [source]

Mogulesko, at right, with his son Julius: 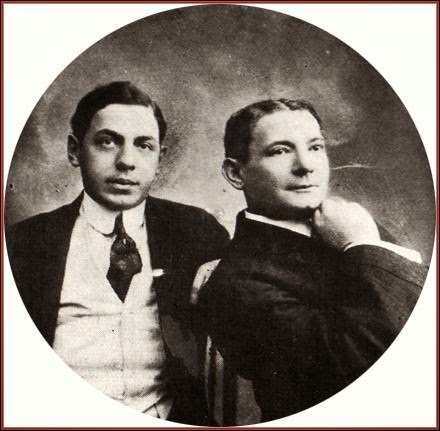 This accounts for the passion held by many for the performers of Yiddish stage, the embrace of an entertainment form that was undeniably theirs in language and custom.  And this also accounts for the great outpouring of grief when one of its most acclaimed stars — like Sigmund Mogulesko — passed away.

On February 4, 1914, the great actor died in his home at Stuyvesant Street, eliciting a response from the Lower East Side that, from the outside, must have appeared quite hysterical. (Below: From the New York Sun, February 7, 1914) 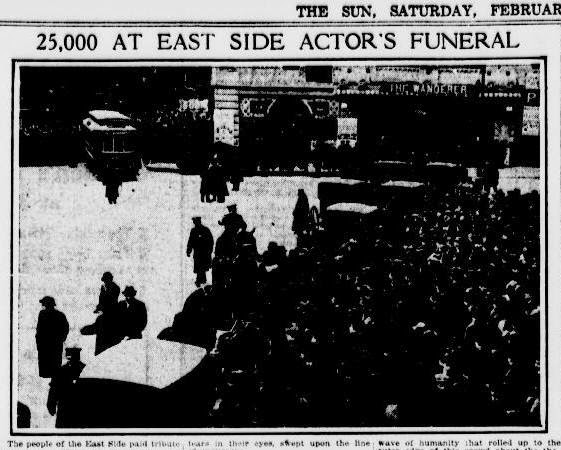 His memorial service at his theater on Houston and Second Avenue caused a spectacular riot of mourning.  Over 20,000 people arrived at the theater, fighting past 50 police officers swinging their clubs.  “The crowd tore the theatre doors from their hinges and shattered their glass panels.” [source]

A funeral procession lined the streets all along Second Avenue, from the Hebrew Actors Club (at 31 East 7th Street) to the theater.  The hearse transporting the actor’s body was engulfed “in the sea of those who hummed with queer breaks in their voices bits of the songs which had endeared the author to them.” [source]  Not since the explosion of the General Slocum steamship had the Lower East Side been filled with such intense grief.

Among those who spoke at his memorial service were Jacob Adler (father of method acting coach Stella Adler) and Boris Thomashefsky, a later inspiration for the Marx Brothers and Mel Brooks.  Sadness — and a certain kind of joy — permeated the service, his greatest roles and contributions to the local theater scene lauded.  It was now a vital industry of New York, one that would not have thrived as it did without him.

As Moguloesko’s coffin was taken from the church, drawn by eight black horses, and carried through the falling show, all of Delancey Street was lined with thousands of mourners, watching as the hearse, now obscured in a blizzard, headed onto the Williamsburg Bridge for its eventual destination — Washington Cemetery.

All photos (except the newspaper) from the Second Avenue Yiddish Theater Digital Archives.

1 reply on “Joyful mourning: The Lower East Side honors a forgotten star”

Boris Thomashefsky was the grandfather of the conductor Michael Tilson Thomas.