PODCAST On June 15, 1904, hundreds of residents of Kleindeutschland, the Lower East Side’s thriving German community, boarded the General Slocum excursion steamer to enjoy a day trip outside the city. Most of them would never return home. 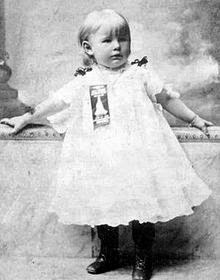 The General Slocum disaster is, simply put, one of the greatest tragedies in American history. Before September 11, 2001, it was the largest loss of life of any event that has ever taken place here.

This is a harrowing story, brutal and tragic. The fire that engulfed the ship near the violent waters of the Hell Gate gave the passengers a horrible choice — die by fire or by drowning.

In the end, over one thousand people would lose their lives in an horrific catastrophe that could have been easily prevented. But there are also some surprising and even shocking stories of human survival here, real tales of bravery and heroism.

PLUS: The extraordinary fate of little Adella Liebenow Wotherspoon (at right)

And we would like to thank a new sponsor Audible, the premier provider of digital audiobooks. Get a FREE audiobook download and 30 day free trial at www.audibletrial.com/boweryboys. Over 150,000 titles to choose from for your iPhone, Android, Kindle or mp3 player Audible titles play on iPhone, Kindle, Android and more than 500 devices for listening anytime, anywhere.

The General Slocum, in its glory days.  I believe this photograph was taken in the Rockaways. 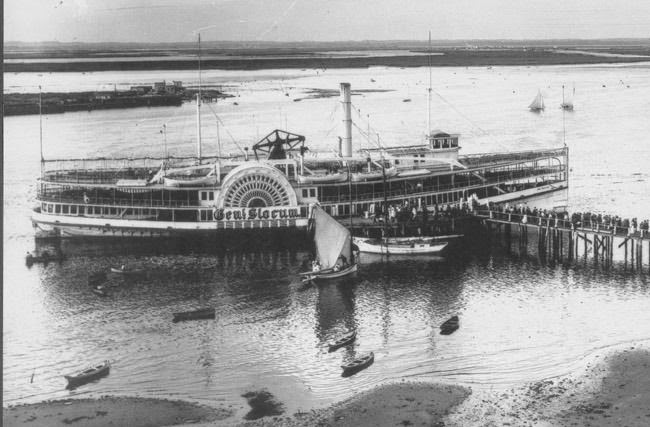 A tugboat attempts to put out the remaining flames of the Slocum, now a burning husk in the water. 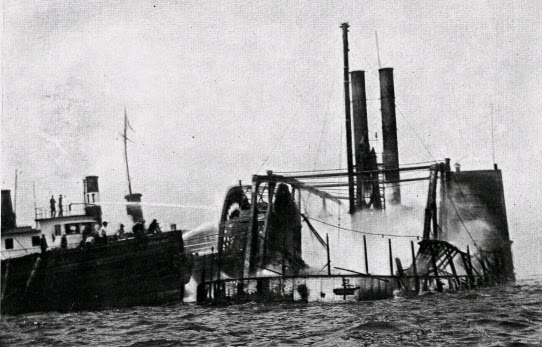 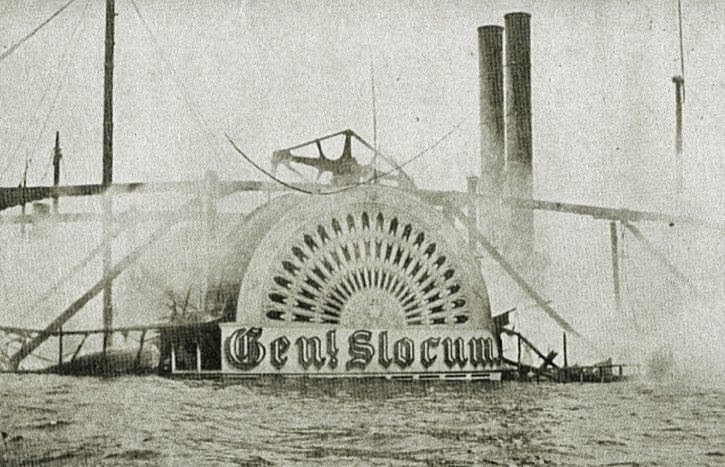 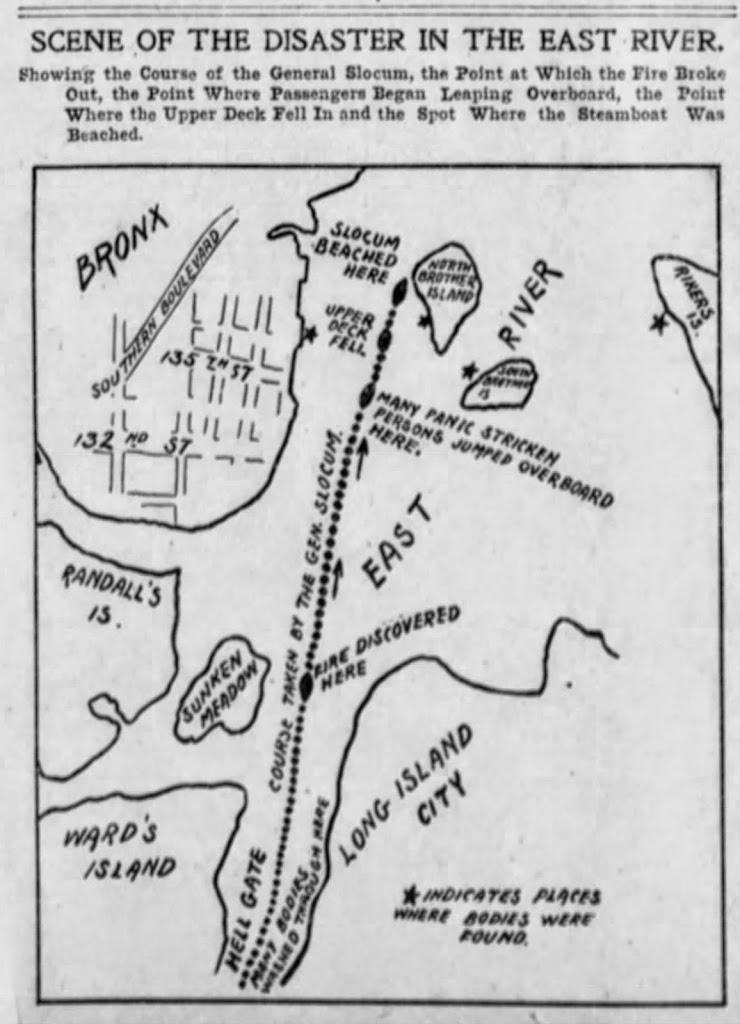 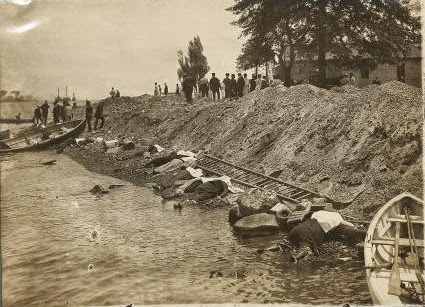 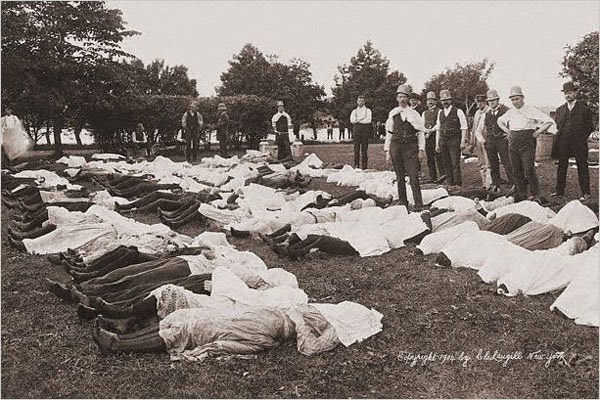 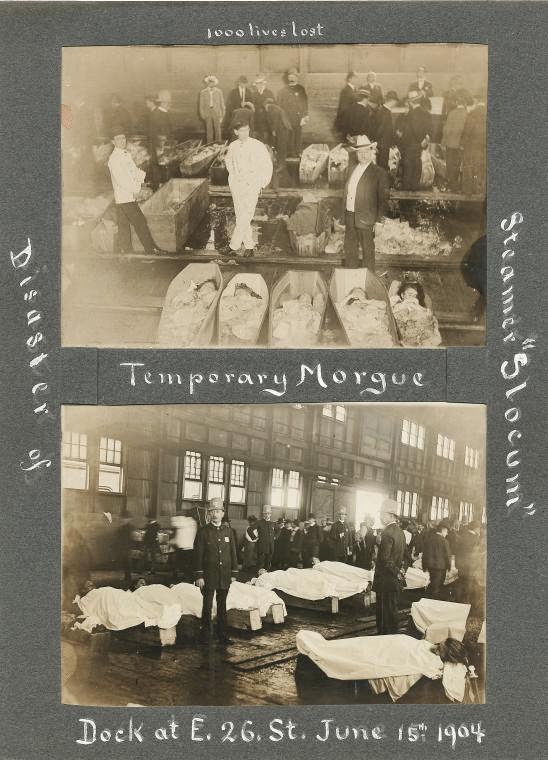 A funeral procession through the Lower East Side for some of the victims: 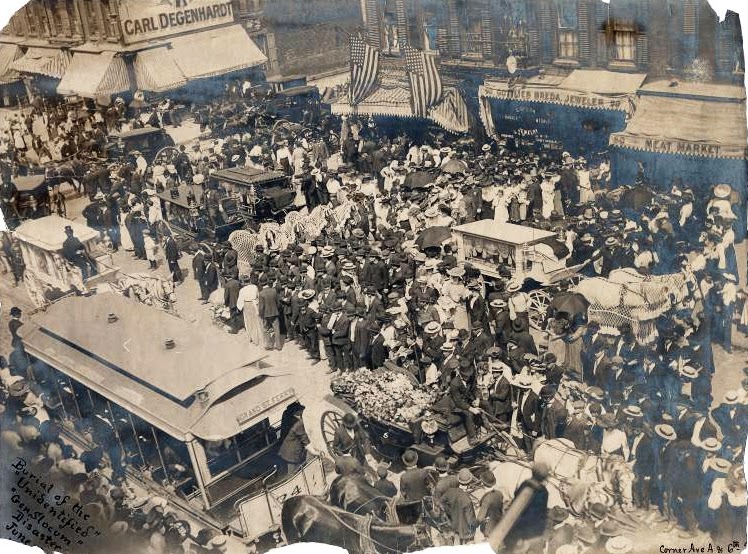 Two headlines from the New York Evening World, one week after the disaster: 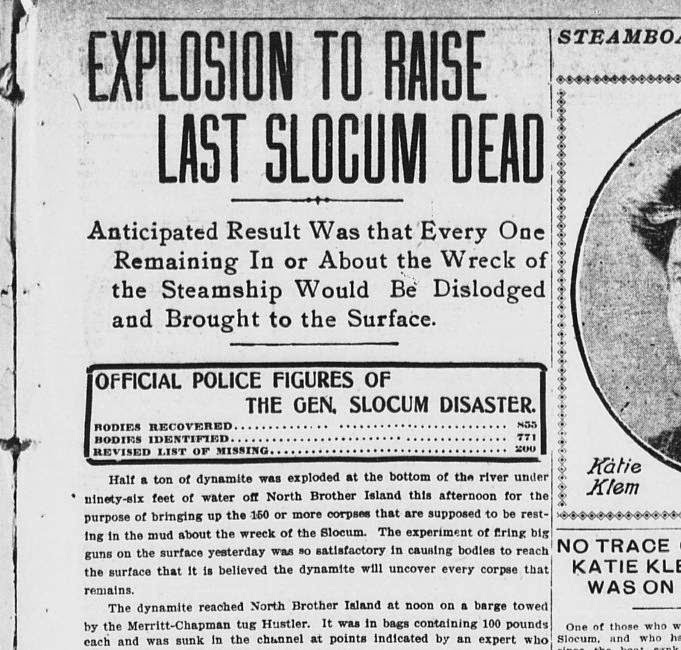 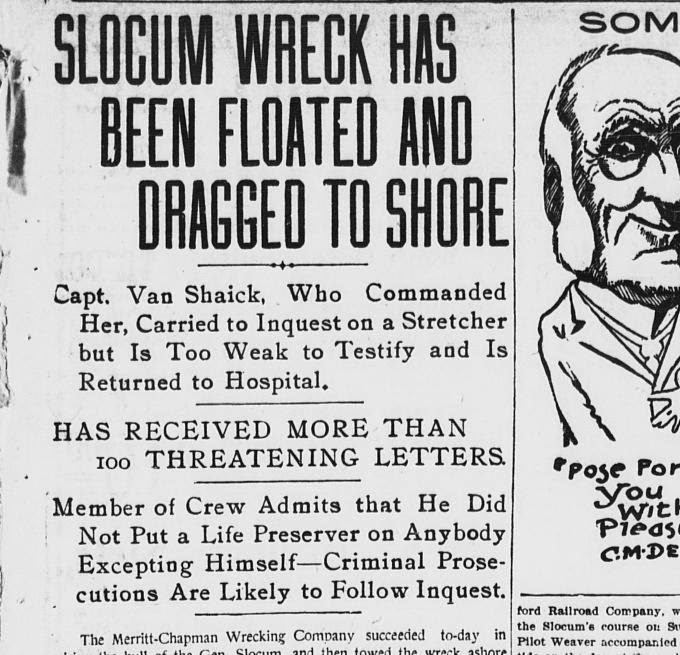 The cover of Puck Magazine, one year after the disaster, wondering if justice would ever be served to those under indictment for the disaster. “Illustration shows an old and haggard “Justice” sitting in a chair on a rock in the East River, cobwebs have grown over her sword, scales, and an “Indictment” (Library of Congress) 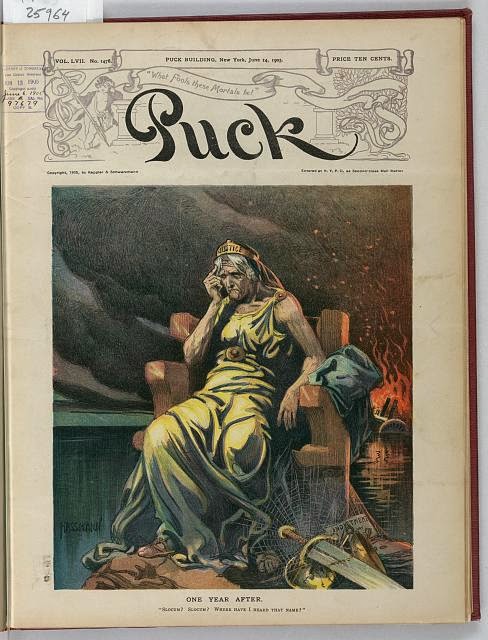 From the Brooklyn Daily Eagle, the following day: 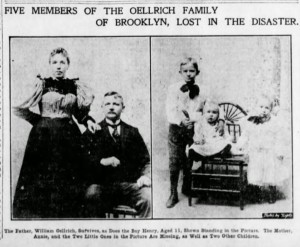 A mural in the Bronx that depicts the General Slocum disaster (courtesy Flickr/Joe Schumacher): 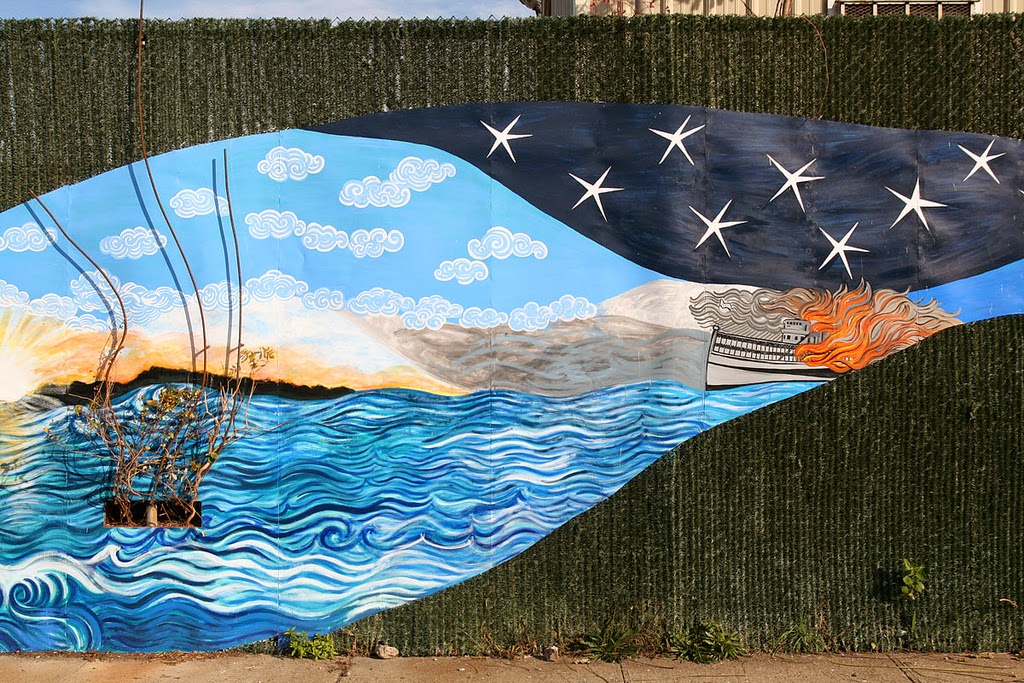 The initial list of the deceased, from the June 16, 1904 edition of the New York Evening World.  The number would increase over the coming days. 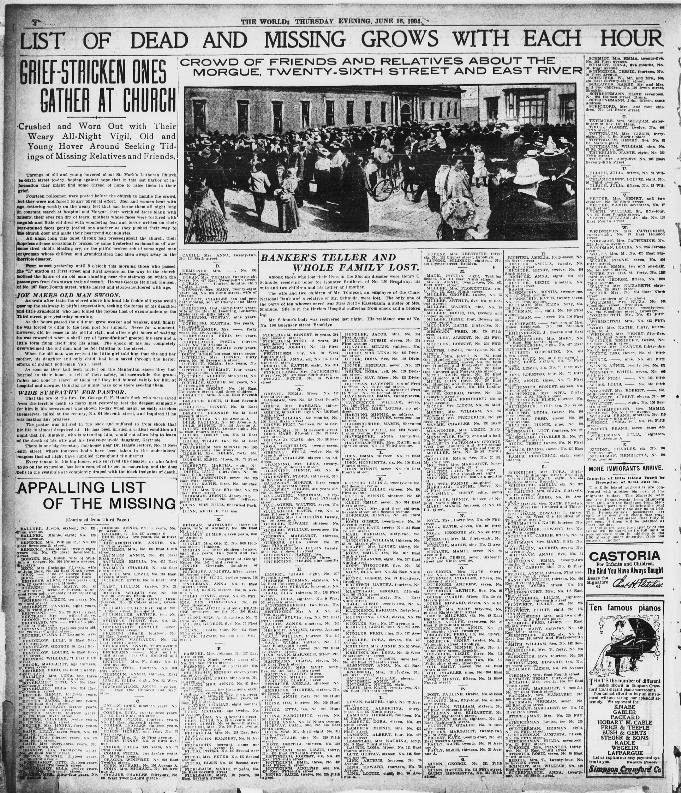