The Lower East Side lost a great one this week.Â Walter KÃ¼hr, the owner of the Main Squeeze accordion store, died last weekend. Â He completely succeeded at his strange but profound mission in life — to keep accordion music alive in the heart of a once-thriving immigrant neighborhood. Â He formed the Main Squeeze Orchestra — an all-female accordion group — who performed throughout the city. His store Main Squeeze was a bright and welcome oddity situated among the Chinese and Orthodox Jewish businesses of Essex Street.

And he was also a friend of the Bowery Boys, somebody who made us feel welcome when we moved to his neighborhood in the late 1990s. Walter was a one of a kind guy, and my heart is broken that Essex Street will no longer have this friendly advocate for great music. Learn more about him in the video above and in his obituary here. [New York Times] 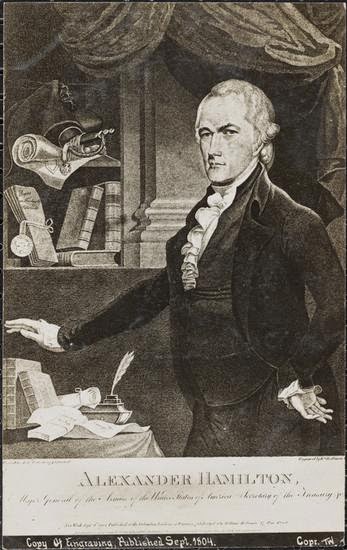 Alexander HamiltonÂ was born on January 11. That we do know. However the actual year is more uncertain. He was bornÂ on the island of NevisÂ in the Caribbean either in either 1755 or 1757. Â ToÂ quoteÂ Ron Chernow: “The mass of evidence from the period of Hamilton’s arrival in North America does suggest 1757 as his birth year, but, preferring the integrity of contemporary over retrospective evidence, we will opt here for a birthday of January 11, 1755.”

Regardless you can celebrate his birthday this Saturday at Hamilton Grange for their big birthday celebration. Or save up your enthusiasm for the start ofÂ Lin-Manuel Miranda‘sÂ HamiltonÂ musical at the Public Theater,Â starting on January 20th. Or, to escape the cold, maybe you’d like to just go down to Nevis and visitÂ the Alexander Hamilton birthplace?

And some other links of interest:

Mega-City: Â The completely batty plan to turn Manhattan into a landfill-created mega-island, expanding into the harbor and gobbling up islands to become, no joke, “Really Greater New York.” [Gothamist and Gizmodo]

Streit’s Matzo, an institution of Rivington Street and the Lower East Side, has decided to close its doors after 95 years. Sigh. [Bowery Boogie]

Parks and Recreation: Â Photographer Jon Sobel is visiting every public park in New York City. Not an easy task in this place! Â For his latest entry, he visits the lushÂ Clove Lakes ParkÂ in Staten Island, once a 19th century estate and grist mill and a favored spot ofÂ Frederick Law Olsted. [Park Odyssey]

The Haunted Well: Â You may remember the tale of the mysterious SoHo well from one of our past ghost story podcasts. Well, you can now go see the well as it’s been incorporated into the decor of the clothing store which now inhabits the spot at 129 Spring Street. WOW. [Scouting NY]

A Murderer’s Read: Â My latest story for the 1981 website tie-in to A Most Violent Year focuses on Mark David Chapman — the killer of John Lennon — and his macabre crusade to promote the book The Catcher In The Rye. [1981.nyc]

Before Stonewall: Â A brief look at a little gay and lesbian history along Christopher Street. [Off the Grid]