Skip to the content
On January 6, 1915, a seemingly minor incident under the streets of Midtown caused a terrible panic, “the worst disaster in the history of the New York subway” up to that date, injuring hundreds of commuters and killing one.Â

That morning, two electrical cables feeding into manholes at Broadway and 52nd Street suddenly shorted out, causing a blackout in the subway tunnels below. The cable insulation, not fireproof, began issuing masses of “dense acrid” smoke that soon filled the tunnels.

The event occurred at the start of rush hour so there where three trains between 50th Street and Columbus Circle that were immediately affected. Over 2,500 people were trapped in the subway cars or stuck inside suddenly dark stations.

Nothing but the wires was actually on fire. Â But the billowing, toxic smoke in darkened tunnels soon caused a panic as passengers began clawing for the doors, trampling the weak underfoot. 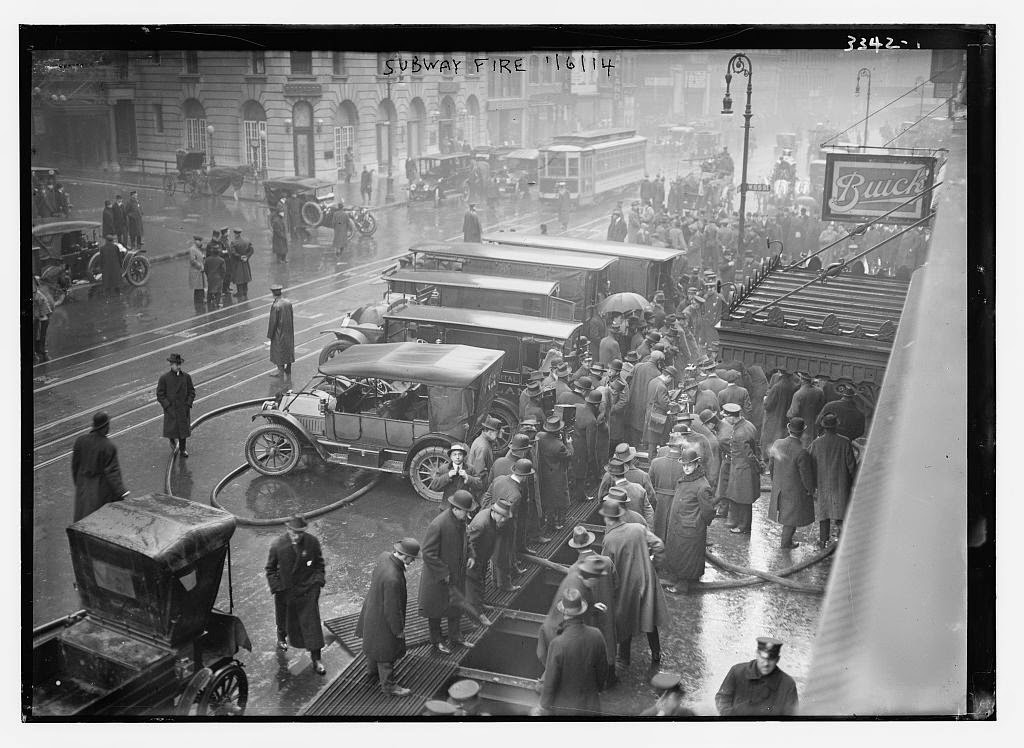 From some newspaper sources:

“The firemen found passengers struggling to get out of the few car doors that were opened while hundreds of persons lay upon the car floors, Â having been asphyxiated or trampled on in this panic. Others escaped from cars only to fall besides the tracks blinded and with lungs full of smoke.” [New York Times]

“Blindly shouting and screaming, the passengers ran from the car they were in to the other cars, hoping to find some relief from the fumes and smoke. They knocked each other down in their wild scramble to get air and clawed each other’s clothing……In a few minutes the sound of crashing glass gave higher pitch to the panic.” [New York Tribune]

“There ensued a disgraceful and brutal battle for safety. Men and boys knocked down and trampled women and girls…….Most of the women had practically all their clothing torn off. Many of the men were stripped to the sides from the waist up.” [Evening World] 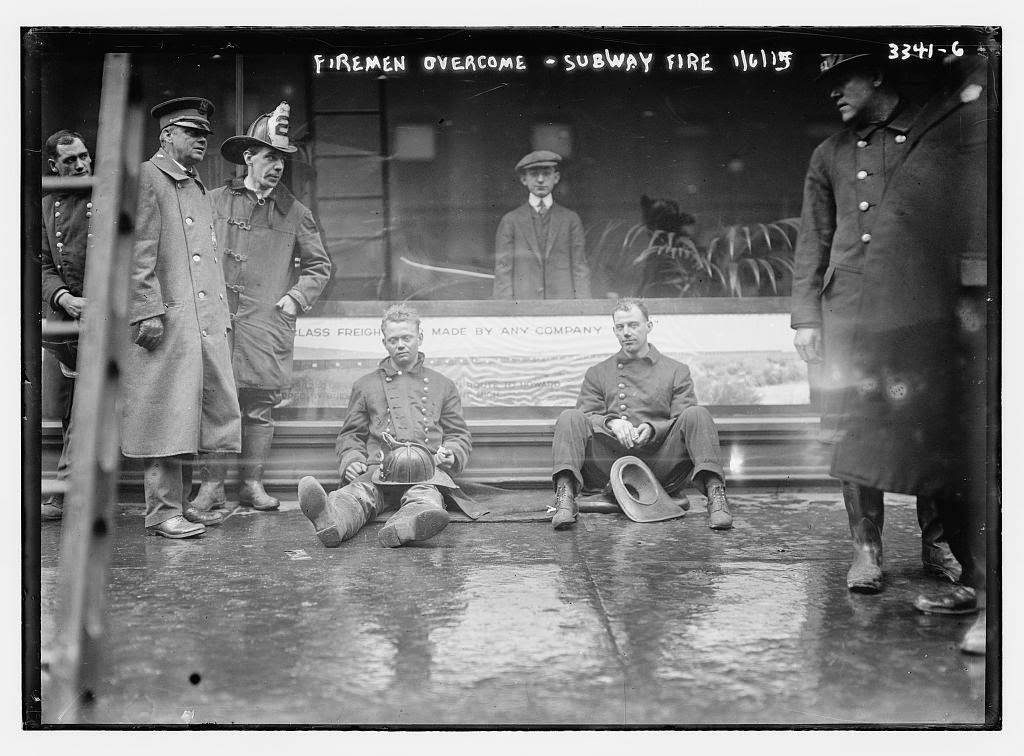 Hundreds were sent to the hospital with various injuries, mostly smoke inhalation, but many from the horrors of being trampled underfoot. Unfortunately, one woman was killed in the incident.

Firefighters had few options in rescuing passengers. Â Most were delivered up ladders along a small passage at 55th Street. Â The air was so toxic that many firemen were themselves hospitalized. 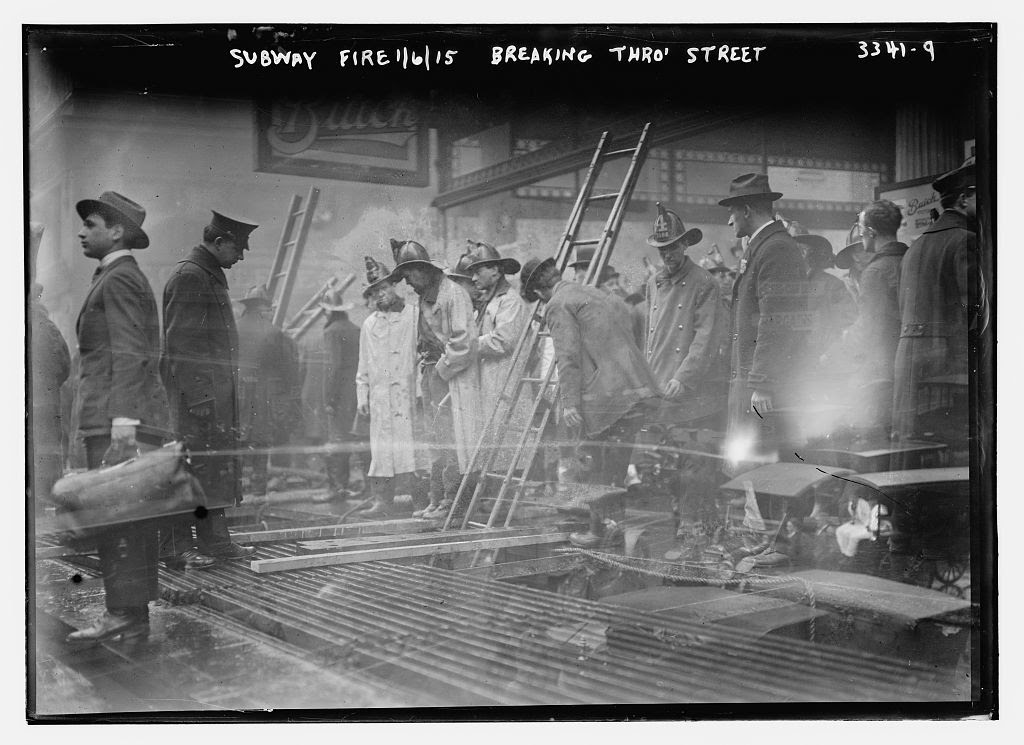 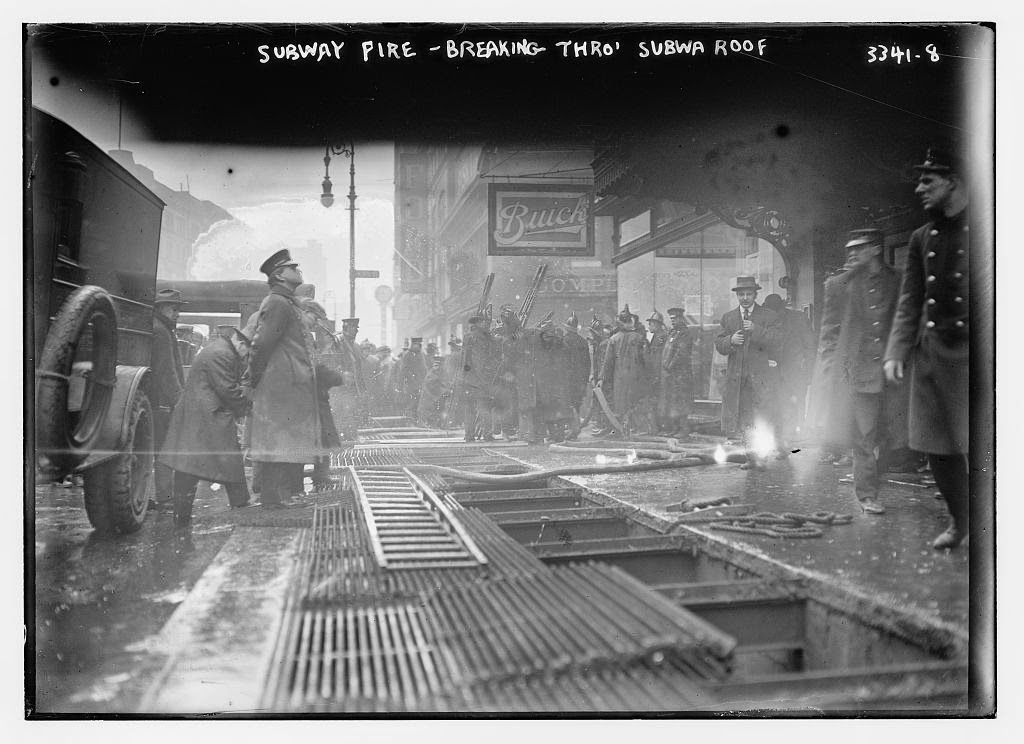 Subway service was naturally disrupted for a few a days afterwards. Officials initially shrugged off the incident. “In the present state of the art,” said Frank Hedley, general manager of the Interborough Rapid Transit, “there is nothing known which will prevent the recurrence of short circuits.” However, attention soon turned to woefully inadequate insulation used in subway wiring.

“New York received a warning, when hundreds of passengers were suffocated in the subway. Â  The next occurrence may be far more serious in loss of life due to a similar cause — suffocation. No time should be lost remedying the most serious defect of the subway, viz. lack of suitable ventilation at all times.” [source]

Redesigned subway cars and fireproof wiring would soon ensure such a disaster would not occur again. 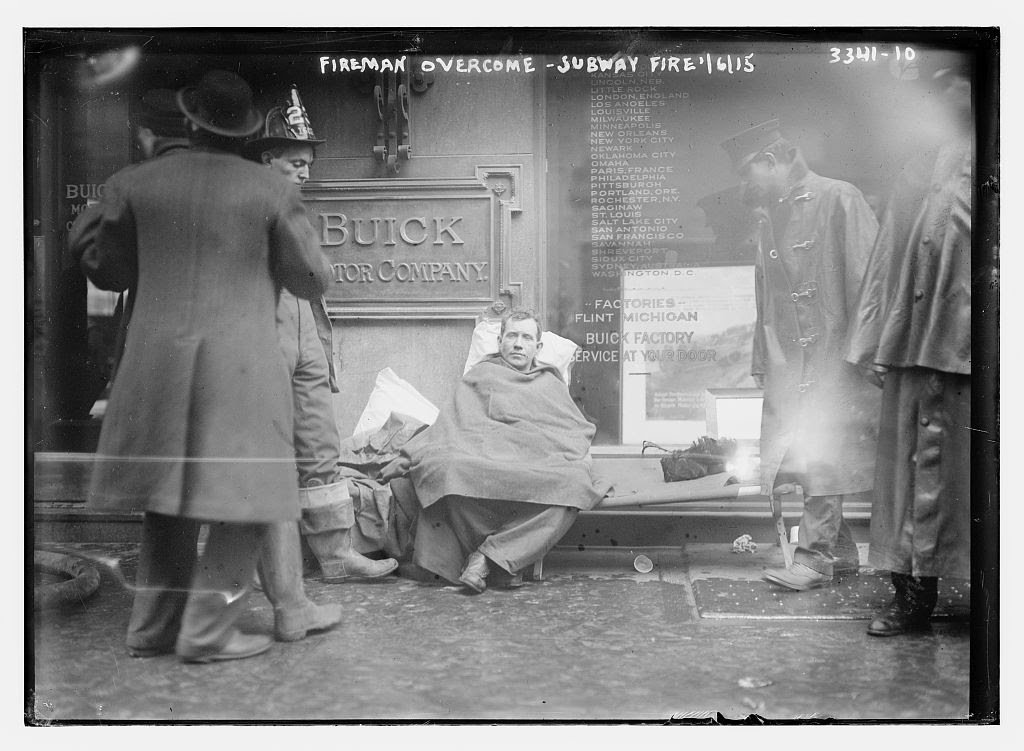 Great photos. I think I can pin point the location. The vantage is looking down broadway from the corner of w55th street. My father was general sales manager there in the 60’s. And 70s. The building on the oppisate corner I think is a drug store now but I remember it as a Bickfords pancake house. A Buick auto dealer ship stood at that corner from the dawn of the automobile till the mid seventies.