The Astor Place Riot erupted ontoÂ the streets outside the Astor Place Opera House on this date in 1849. Â (You can listen to the thrilling details in our podcast on the subject from 2014.) Â The opera house didn’t last much longer and was turned Clinton Hall, site of the New York Mercantile Library.

Here are a few images of old Clinton Hall:

In 1890 it was replaced the present building which sits there today, also called Clinton Hall. the blog Bedford and Bowery has a breathtaking round-up of its history, including a dramatic fire in 1926.

Below: The brand new building in 1893, as seen in King’s Handbook of New York 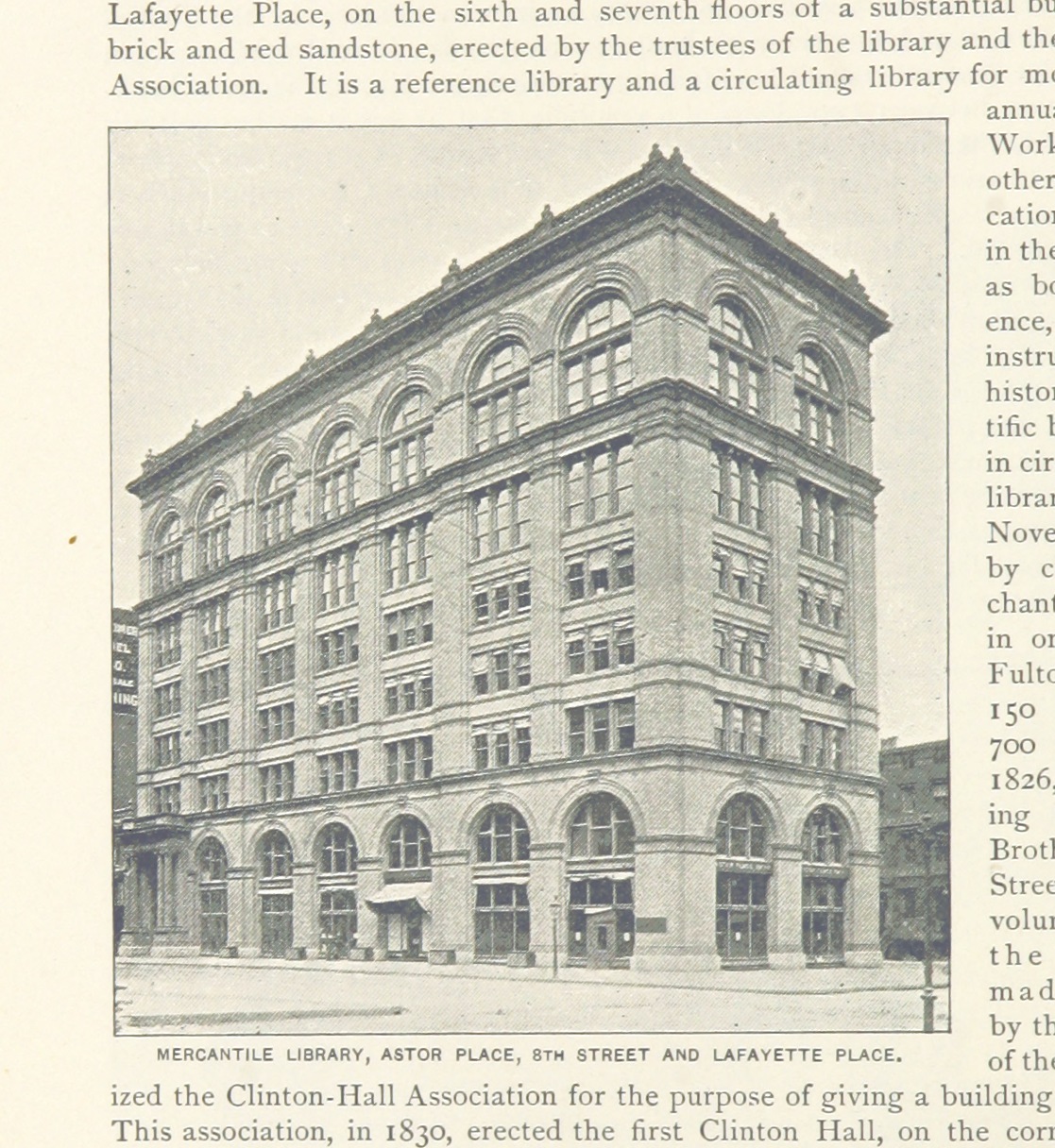 And now –Â some upcoming events and exhibitions you might want to check out this week:

— Just openedÂ at the New-York Historical Society — Anti-Semitism 1919-1939 — A terrifying look at attacks against Â hate in post-World War I Europe and the rise of Adolf Hitler. ” Included is Hitlerâ€™s original outline of a 1939 speech that he gave to the Reichstag about the â€œJewish Question,â€ announcements of mass meetings dictating the exclusion of Jews, anti-Semitic books and signs, as well as an original printing of the Nuremberg Laws, which laid the legal foundation for Hitlerâ€™s Holocaust.” Details here

— Opening today, May 10 and running until Sunday, May 15 –Â “In the Shadow of the Highway: Robert Moses Expressway and the Battle for Downtown,”Â a new pop-up exhibit about Moses’ potentially disastrous LOMEX plan and the efforts to stop it. Â At the Allen Street Storefront, 103 Allen Street. More details here.

— Thursday, May 12 at 6:30pm — A Book Talk with Joseph Alexiou, guest on theÂ recent Gowanus: Brooklyn’s Troubled WatersÂ podcast, at the Museum of the City of New York, where he discusses Gowanus history withÂ Hannah Frishberg fromÂ Brownstoner. Details and tickets here.

AND A NEW MUSIC-FILLED PODCAST THIS FRIDAY!