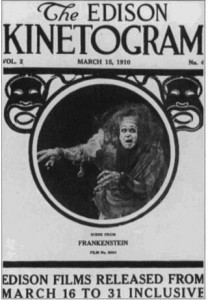 In 1910, D.W. Griffith made one of first films ever produced in Hollywood, CA, appropriately called In Old California. Before then, film production companies were scattered throughout the United States, with two of the most successful based here in New York City.

The American Vitagraph Company, originally located at the Morse Building on 140 Nassau Street, made film shorts on the roof before moving to the Brooklyn neighborhood of Midwood in 1906. Vitagraph is best known for producing a five-part serial on The Life of Moses strung together to make what some call the first ever feature length motion picture.

He initially moved into the heart of the city in 1901, in a studio at 41 East 21stÂ Street. Such a move made sense at the time; movies were only a few minutes long, essentially just filmed sequences of activities, and had no sound. A small studio smack in the center of New York would not have been disturbed by the bustle of the city.

With the growth into narrative films — longer movies with elaborate sets and casts — Edison needed to expand into a larger space and in 1908 moved production to a warehouse in the Bronx, at Decatur Avenue and Oliver Place,Â sandwiched betweenÂ the Grand Concourse and the New York Botanical Garden. 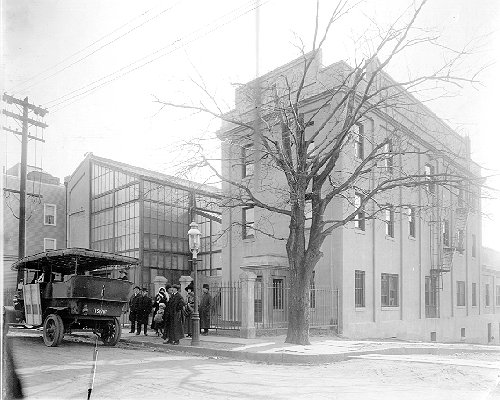 “The Edison Studio is said to be one of the finest and largest of its kind in the world,” reported [the theatrical trade paper] The Dramatic Mirror. “The building itself is 60 by 100 feet, built of concrete, iron and glass. The scenic end of the studio, corresponding to the stage in a theatre, except that it is not raised is 60 by 60 feet and 40 feet high. Here the scenes for film productions that cannot be made with natural outdoor backgrounds are painted and set.”

Its glass enclosure was especially revolutionary for the day, allowing for a diversity of film presentations. Â Of a film called While John Bolt Slept, the clearly-not-unbiased Edison Kinetogram journal said in 1913: “The scene in the tenement alley is a wonderful example of the realistic effect which can be obtained in the Studio. Even the ‘fan’ of long standing would hardly believe that the scene was done under the great glass of the Bronx Studio.”

Inside the Bronx Edison Studios: 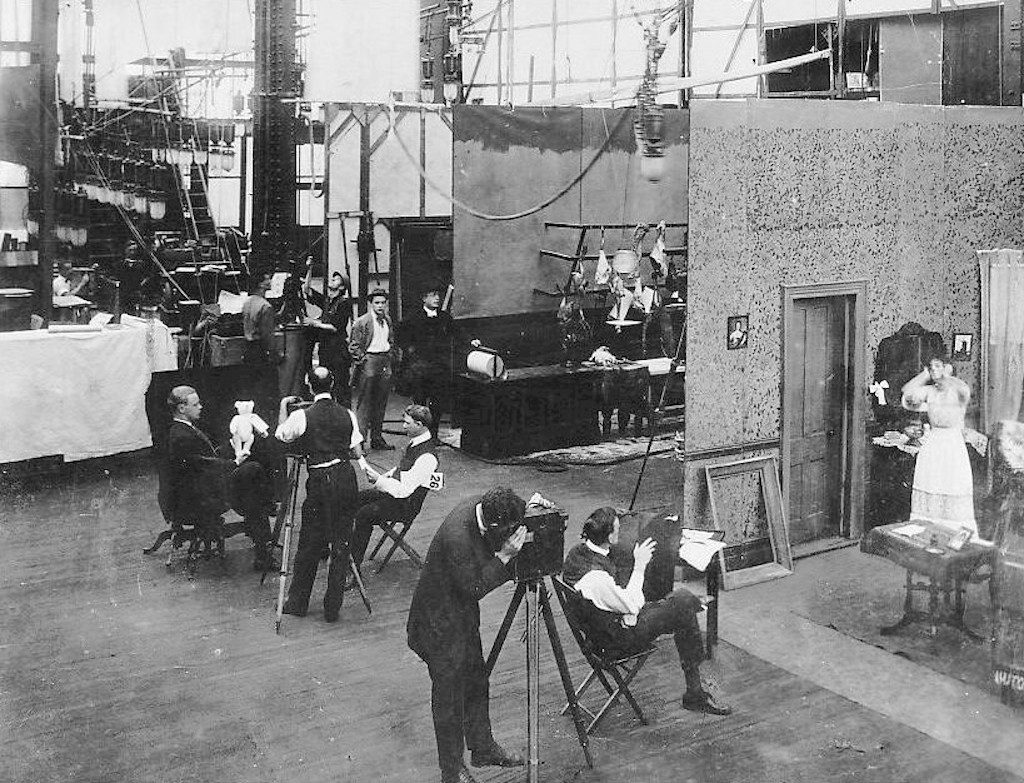 It was at this new Bronx studio in 1910 that Edison’s company produced one of its greatest works, the very first film adaptation of Mary Shelley’s Frankenstein. Shot in a week — rather lengthy for a film shoot in those days — the loose adaptation featured Charles Ogle as the famed monster.

Believe it or not, the film began production on January 17, 1910, and was released by March of that year! Since there just weren’t that many movies houses in 1910, a film release constituted about 40 copies which were distributed around the country, then returned several months later.

The film was reportedly lost forever before a single negative was found and restored in the 1970s. I present to you the Bronx-made psycho-horror masterpiece in all its glory:

Unfortunately this glorious studio was destroyed long before the film industry moved out to California, gutted by fire on March 28, 1914. The glass ceiling, shattered during the blaze, proved quite a danger to fire fighters. Â Two men were cut by flying glass though no one was seriously injured, a miracle considering that over a hundred actors had been working there the previous night.

Cringe as you read the damage report from the New York Evening World:

“Thousands of dollars worth of cameras, scenery, costumes and properties were burned, as was all the film so far used in the making of a spectacle to be called The Battle of Mobile Bay.” Other films worthÂ $100,000 including original films of Mayor Gaynor and Andrew Carnegie, stored in fireproof vaults, were saved.”

Edison was not alone in finding inspiration in the Bronx. Â Biograph Studios briefly (from 1913 to 1915) opened a studio at East 175th Street and Marmion Avenue just north of Crotona Park.

The building would later claim a greater connection to Hollywood int the 1935s when it was transformed into Gold Medal Studios, an early film and television production company. (Below: The unspectacular exterior) 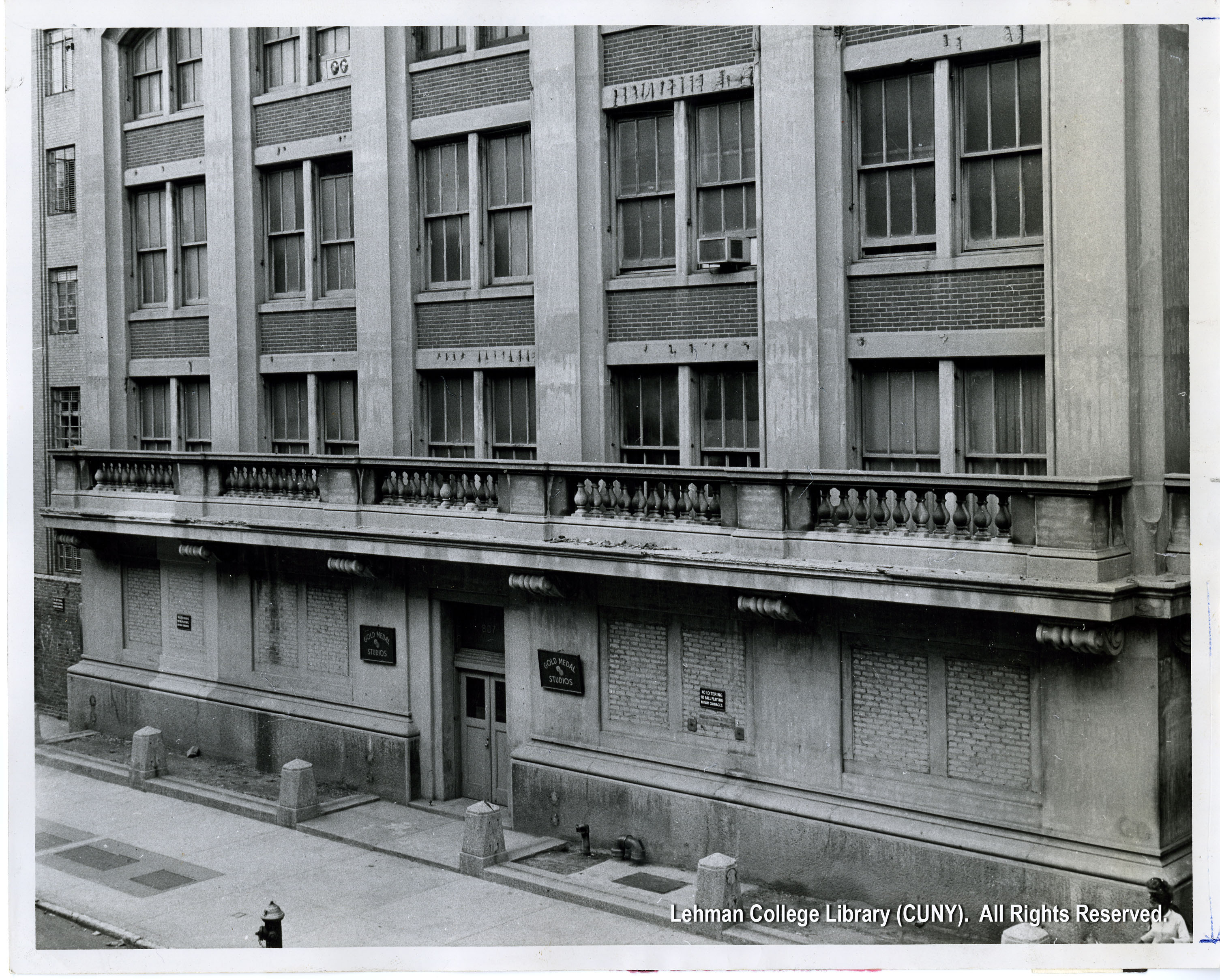 Truly exciting for residents of the Bronx was that these studios often plucked random people off the street to serve as extras in their films.

This article reprinted from a blog posting on January 10 2011.

9 replies on “An ode to the early Bronx film industry”

This was fascinating. The creation scene is really terrifying. I can imagine audiences back then being scared out their wits. Now how in the world did the creature just DISAPPEAR like that? LOL. Awesome piece of NYC Nostalgia. 😀

The brilliant 60’s sitcom “Car 54 Where Are You” was filmed at Biograph and on location in the Bronx. The exterior of the studio appeared as the 53rd Precinct police station.

I just finished watching a movie called Odds Against Tomorrow. What scenes were filmed at the studio? Was there such thing as Melton New York upstate?

The movie was filmed on Warren St in Hudson, NY

I had know idea there was a entertainment studio in the bronx,175st. Tonight I saw Harry Belafonte in odds against tomorrow. IT WAS different for him ,however I enjoyed it . I wish the studio was still there. Ms lee,from bx N.Y. 2/16/21.

THE HUSTLER (196l) lists having been shot at the Edison Manhattan Studio. Is that correct and exactly where was it located in Manhattan?

there was also a Studio in Bay Shore, Suffolk county. The original wall paintings were still visible in 2005

I lived on Decatur Avenue and Oliver Place, across the street from the Edison Studios in the early 1950’s. The studio must have been rebuilt after the fire, of course, and looked like a warehouse. As a kid I loved to watch the filming of exteriors for shows like “Follow That Man” starring Ralph Bellamy out in the street. I went on to a 40 year career as a Television Director so I think I really got my start by watching that filming. I am now retired from television and working as an artist.

I actually LIVED alone, in the massive Edison Studio, with a four-poster bed we had moved into the ground floor Executive office. circa 1969-1971. I was gradually falling into disrepair, an was only being used ocassionally for TV commercial filming, I had been offered the keys by then-current owner, George. to stay there to prevent neighborhood kids from breaking in, and to check that no windows (there had been several bad water pipe floods due to that) There was still the big black grand piano outside my door. I still remember every inch of all the rooms, the main stage and smaller stages. I wish I had taken a souvenir from the lower level basement shops and storage areas. There were STILL a couple of dozen of the very early Edison stock ticker machines on cast-iron legs with wheels. Stage B was full to the brim with old sets. The many rooms of the upper floors were mostly empty by then. Had a regular group of friends where we played pinochle and poker, a couple of nights a week in the first two meeting rooms.
the entire studio still had all the massive wooden levers to switch the various lights on. The multiple still toilets (thy had those old elevated porcelain tanks about 8 foot high, with the long pull chain, Like you saw in the Godfather film. What a memory of my early twenties!!!
I had grown up across the street in a separate entrance apartment on Oliver Place, which still had cobbelstone paving when I left.