Richard Rodgers and Oscar Hammerstein II are two of the greatest entertainers in New York City history. They have delighted millions of people with their unique and influential take on the Broadway musical — serious, sincere, graceful and poignant. In the process they have helped in elevating New York’s Theater District into a critical destination for American culture.

In this episode, we tell the story of this remarkable duo — from their early years with other creators (Hammerstein with Jerome Kern, Rodgers with Lorenz Hart) to a run-down of all their shows. And almost all of it — from the plains of Oklahoma to the exotic climates of South Pacific — takes place on just two city blocks in Midtown Manhattan!

PLUS: What classic music venue still bears the name of Oscar Hammerstein’s grandfather?

How did the ritzy Plaza Hotel celebrate the fifth anniversary of Oklahoma’s debut?

How is Richard Rodgers associated with Hamilton the Musical?

And what was the final song written by Rodgers and Hammerstein?

The selection of theater images and memorabilia below are courtesy the Billy Rose Theatre Division at the New York Public Library.

Hammerstein with another musical legend — Jerome Kern — in 1939

The creators, with performers in the background

Richard Rodgers and Oscar Hammerstein II at the opening of The King and I at the St. James Theatre 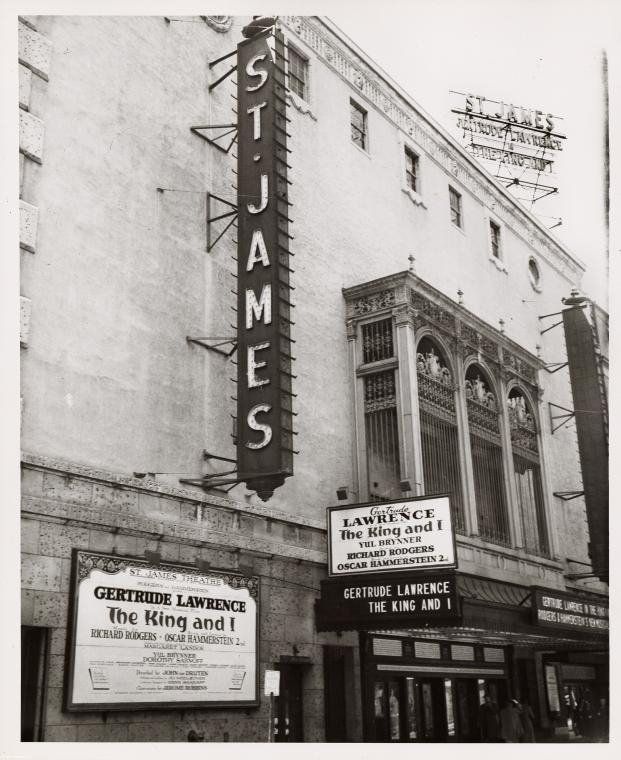 Hammerstein, Rodgers and a young Julie Andrews during rehearsals for the broadcast of Cinderella.

Playbill for the original production of Oklahoma! at the St. James Theatre (1943) 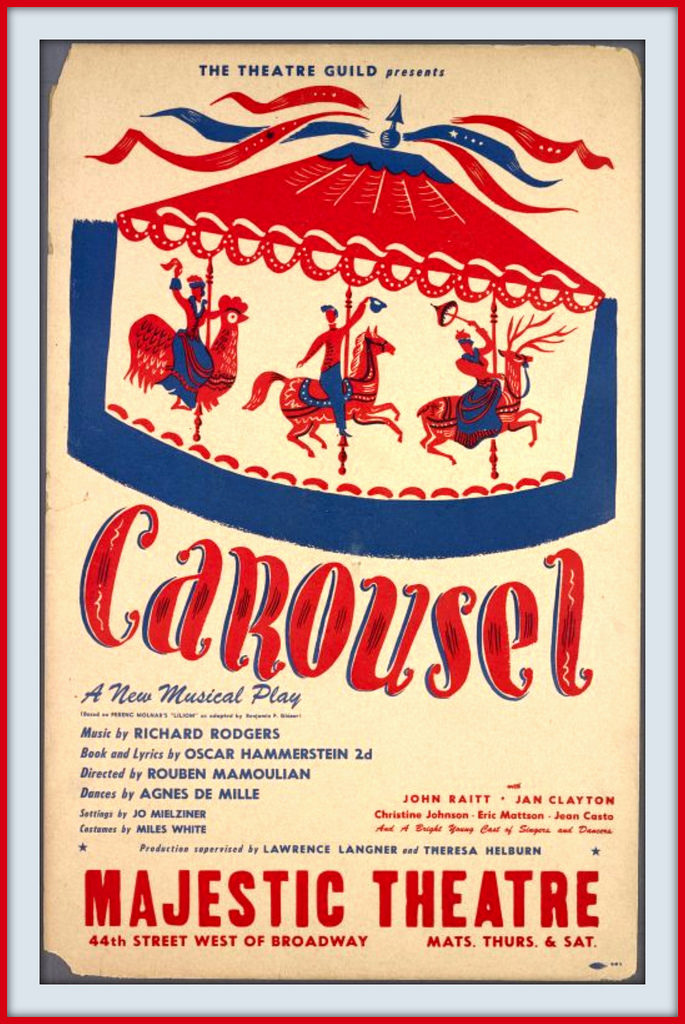 Thanks to advance “mail orders,” Rodgers and Hammerstein shows would be sold out months before opening — and months before the reviews came out. 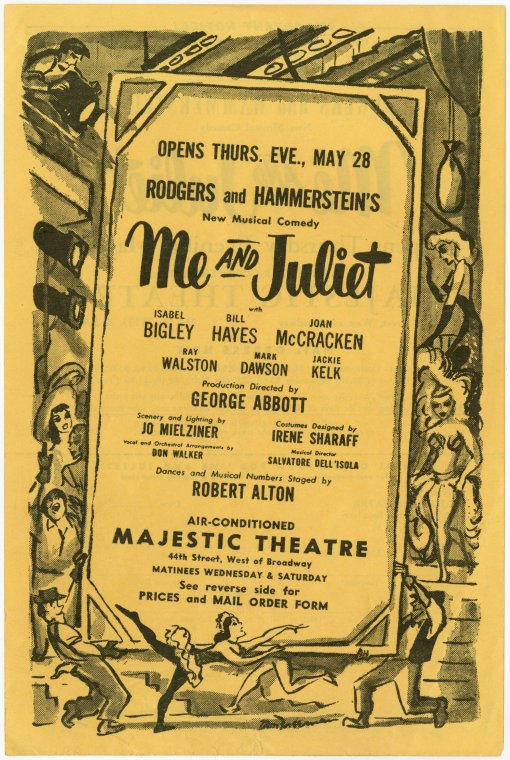 Mary Martin and the child stars of the original production of The Sound of Music.

2 replies on “Rodgers and Hammerstein: The Golden Age of Broadway”

Really enjoyed this episode. My parents were born in the 30s and grew up in New York so definitely grew up listening to these shows and probably went to a few of them. Growing up in the 80s, I know I certainly heard lots of them, either original cast recordings, movies, or local theater and high school productions. At one point, I was in the basement and discovered an original cast album of “Oklahoma!” on heavy 78s. It came in a multi-disc album, a great big thing, and I believe it was mentioned on the “Music from 100 Years Ago” podcast that it was the first musical cast album ever. I wish I knew what happened to it. I believe my parents got rid of all the old albums when they moved from our old house. My favorite of their musicals is “Sound of Music,” which though totally cheesy and inaccurate to fact, is just chock-full of delightful tunes.