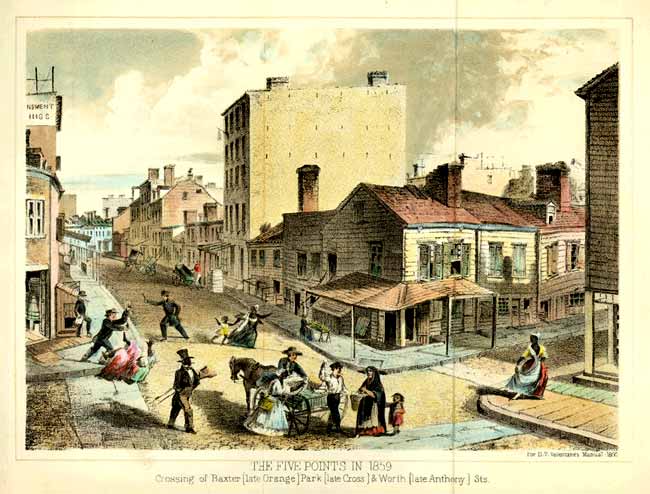 You’ve heard the legend of New York’s most notorious neighborhood. Now come with us as we hit the streets of Five Points and dig up some of the nitty, gritty details of its birth, its first residents and its most scandalous pastimes.

One of the most famous images of Five Points, accentuating its bustle and chaos

A dour living condition in a Baxter Street tenement

People drank their woes away at one of Five Points’ hundreds of groceries, rum shops and grog houses

A typical scene down Bottle Alley

The rich would venture into Five Points on guided tours, observing its poverty and sordidness as though at a zoo