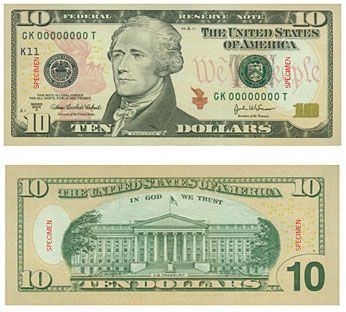 He is to the Founding Fathers what James Dean is to Hollywood : a live fast, die young revolutionary rebel with a cause. Before being felled by the bullet of a snippy vice president, Alex almost single-handedly constructed the American financial system, helped create then later define the basic principle rights of Americans via the Constitution and its virtual manual The Federalist (easily the most important non-official document in American history), and aggressively craft the emerging powers of the executive branch. An orphaned child from the West Indies, he adopted New York as his home and is generally considered ‘the first New Yorker’ in much the same way Benjamin Franklin is often called ‘the first American’.

Oh, and lets not forget about the blackmail and sex scandals, nor that fact that almost every other Founding Father but Washington hated his guts at one time or another. Thomas Jefferson feared his elitist, monarchical tendencies ; the ever dramatic John Adams referred to him as “the bastard brat of a Scotch pedlar”. Or the fact that he helped create the world’s first political party, The Federalist Party.

A great intro to Alex can be found at the New York Historical Society, which had a smashing exhibit of artifacts two years ago. And if you think we’re a little obsessed, you should check out this gal, who calls the man her ‘dead boyfriend’ (this is where I got the ‘bastard’ quote from).

And I cant emphasis the greatness of Ron Chernow’ biography on Alexander Hamilton that was a best selling hit in 2005. You can get the audiobook on iTunes or get the physical copy here:

PBS recently did an American Experience episode on Alexander Hamilton, but its so cheesy that I would only recommend it if you have a high tolerance for Colonial reinactments, as in like, you dress like Betsy Ross on the weekends and churn butter type reinactments.