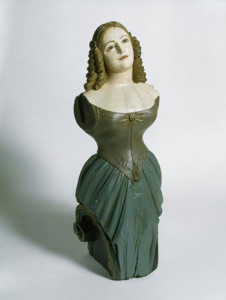 It’s been over 150 years since ‘Swedish Nightingale’ Jenny Lind’s now-legendary concert performance at Castle Garden in September 11, 1850. (Listen to last week’s podcast for the full scoop.) But visitors to Battery Park on their way to the Statue of Liberty and elsewhere can catch a glimpse of a curious tribute to the songstress.

On the east side of the park grows an American Linden tree (Tilia Americana), planted in 1995 by the New York park commissioner at the time and a member of the Swedish Consul. Three years ago, the tenth anniversary of the fast-growing tree was attended by Swedish ambassador Kjell Anneling.

Various tributes and re-enactments of the Lind concert have taken place here at Castle Clinton over the years, featuring conductors like Morton Gould and Francis Heilbut and a host of singers doing their best impressions of Lind and other singers.

I would highly recommend a roadtrip to Bridgeport, Connecticut, to visit the PT Barnum museum at any time of the year. (The third story miniature replica of a five-ring circus is alone with the trip.) But for a Jenny Lind fix, the museum hosts a Barnum Festival topped with an ‘American Jenny Lind’ competition, where one lucky soprano is crowned in honor of the singer Barnum made famous.

The picture by the way is of a ship figurehead, from the Newport News Mariner’s Museum, carved in the image of Jenny Lind. Lind was so popular with sailors, because of her charity work with sailors hospitals (not to mention her sex appeal), that almost 35 American shipping vessels were named in her honor. The name of this particular ship? The Nightingale.