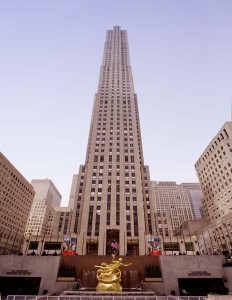 In the veritable wilderness that would become midtown Manhattan, Dr. David Hosack opens his Elgin Botanic Garden, the city’s first collection of exotic plant species that’s eventually sold to the state, who then passes the land fatefully over to Columbia University. 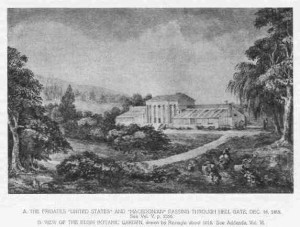 The John D.’s, Senior and Junior, the two richest men on the planet 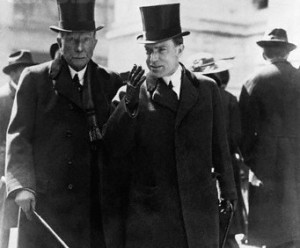 Excavation of the Rockefeller Center site, photo by Berenice Abbot taken in 1931. Materials taken from the site were used to fill in Central Park’s South Reservoir (making the Great Lawn) and helped create landfill for Brooklyn’s Shore Parkway. 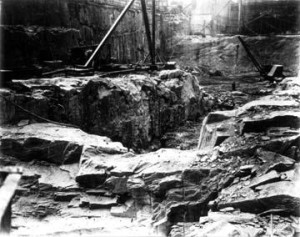 One of the most famous photographs ever taken, in 1932 by Charles Ebbets, features some nonchalant construction workers taking a break from work on the RCA Building. 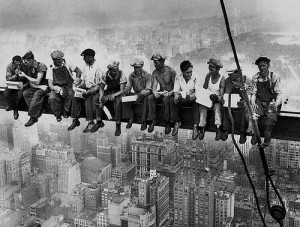 I get sick just from looking at this picture. 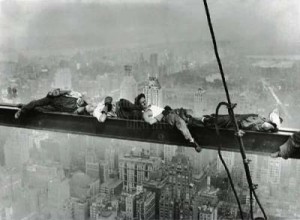 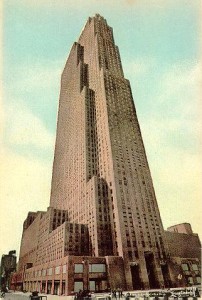 From this image, it’s easy to see how Rockefeller Center radically transformed midtown. 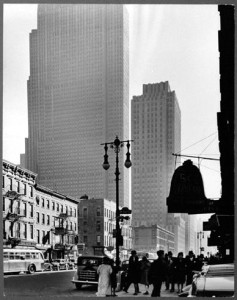 The plaza, seen in a view from 1937, allowed architect Raymond Hood much leeway in his design of the RCA Building 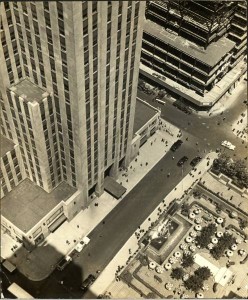 A classic overhead shot by Margaret Bourke-White taken in 1939 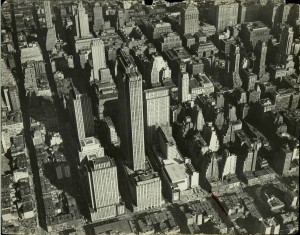 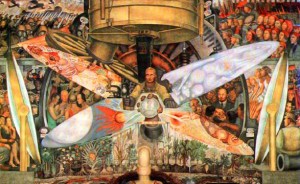 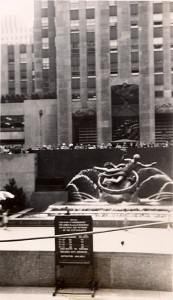 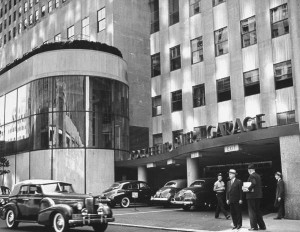 A spry ice skater in 1942 (photo by Wallace Kirkland, Life archives). The rink was not an original feature of the plaza, but soon became one of its most popular attractions. 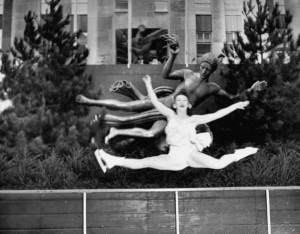 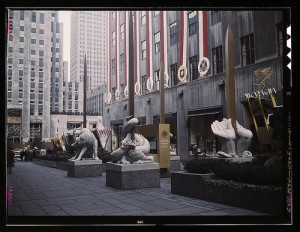 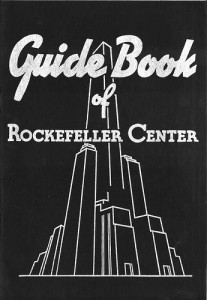 1948 — for some reason, ice skating and dining takes a backseat this day for a sheepherding demonstration 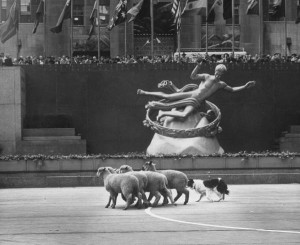 The roof gardens, now closed to the public, were originally a top tourist draw to Rockefeller Center and even enabled Rockefeller to raise rents on any offices that benefits from views that overlooked them. 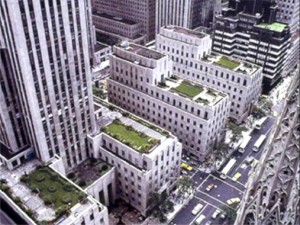 Two interior shots of the Center Theatre, formerly the RKO Roxy, Rock Center’s other big stage. It changed it named because of a lawsuit with the Roxy Theatre and changed its entertainment from films to ice spectacles in the 1940s. It was torn down in 1958 to make room for what is today the Simon & Schuster Building, also part of the Rockefeller Center complex. 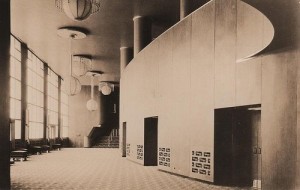 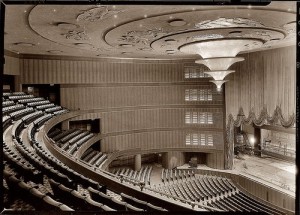 Wild crowds gather for Radio City Music Hall’s Easter show in 1961, and not, I’m assuming, to get into to see the Absent Minded Professor 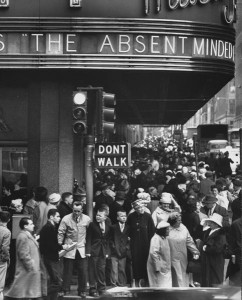 The first Rockefeller Center Christmas tree, in 1931, with Saks Fifth Avenue and St. Patrick’s Cathedral right across the street 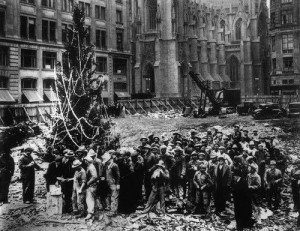 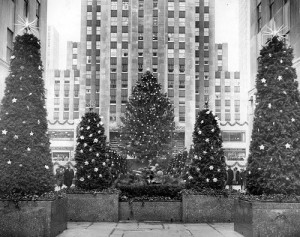 And in 1954, one of the first years that featured the illuminated angels (courtesy of PLCjr) 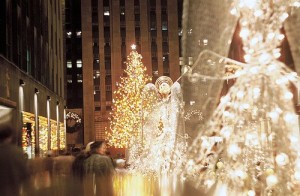 CHRISTMAS GIFT ALERT: One of my favorite New York City history books ever is actually about Rockefeller Center — Daniel Okrent’s Great Fortune: The Epic of Rockefeller Center. The writing is as stout and witty as many of its principal characters. Extremely readable.