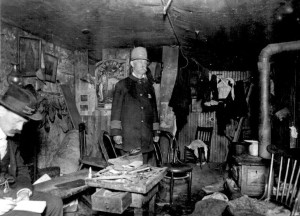 One hundred and nine years ago, this could have been your bedroom. Members of the New York City Tenement House Department have the unfortunate task of inspecting this tenement living room.

The Tenement House Department was created in 1900 by the state to monitor tenement construction and ostensibly improve living conditions in the most squallid of New York neighborhoods. Although described as an “impotent enforcement body,” the department did occasionally succeed in rectifying some of the more aborrent conditions.

Below: a 1902 outhouse, from the Tenement House case files: 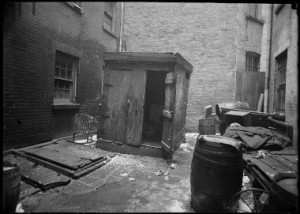