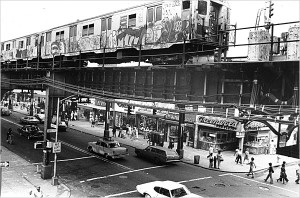 PODCAST #111 Art. Vandalism. Freedom. Blight. Creativity. Crime. Graffiti has divided New Yorkers since it first appeared on walls, signs and lampposts in the late 1960s. Its ascent paralleled the city’s sunken financial fortunes, allowing simple markings to evolve into elaborate pieces of art. The only problem? The best examples were on the sides of subway cars which the city promptly attempted to eradicate, their attempts thwarted by clever, creative artists and a downtown culture that was slowly embracing graffiti as New York City’s defining art form.

This is a history of the battle between graffiti and City Hall. And a look at the aftermath which spawned today’s tough city laws and a warehouse space in Queens called 5Pointz, where graffiti masterpieces thrive in abundance today.

TAKI 183 — he didn’t create the graffiti art movement, but his tags throughout the city inspired a New York Times investigation into the mysterious 17 year old Greek teenanger’s antics, putting other taggers in the spotlight. 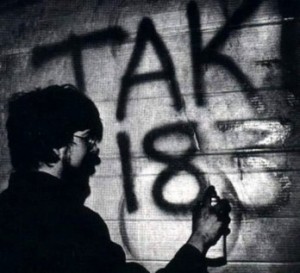 A ride on any subway during the 70s and 80s usually meant containment within a car coated in graffiti tags. The most artistic, colorful pieces (like the one below, by Lee Quinones, 1976) were hung on the outside. (Photo courtesy Second Avenue Sagas) 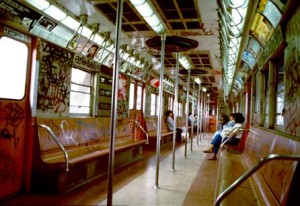 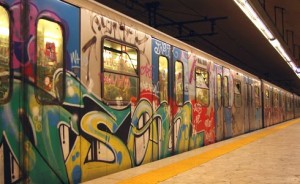 Below: Some of the astonishing work you’ll find out at 5Pointz Aerosol Art Center Inc., subtitled “The Institute For Higher Burnin’.” 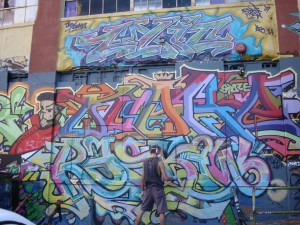 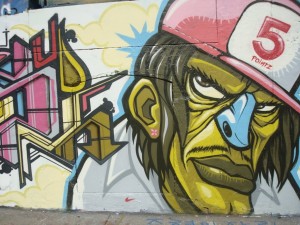 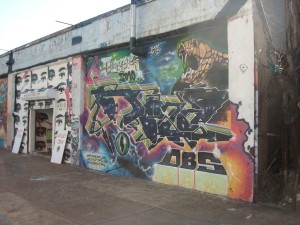 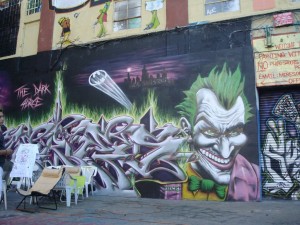 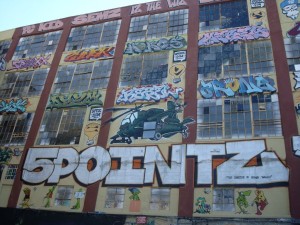 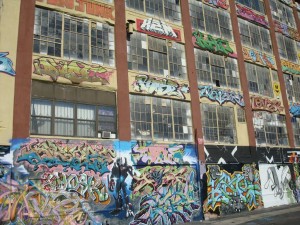 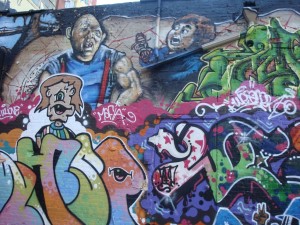 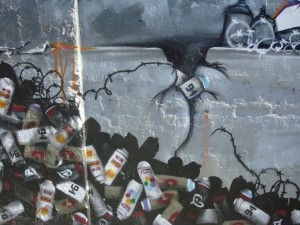 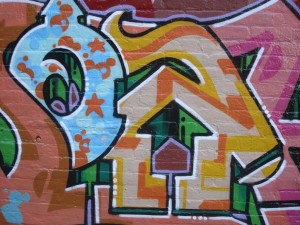 For more tales of the 70s-80s graffiti scene, check out the blog @149st with individual profiles of dozens of period artists and taggers. Kings of New York is a spectacular photo blog of past and current work on walls and other surfaces throughout the city.

And finally, an excerpt of a short film by Steve Siegel, featuring a host of graffitified trains. And gotta love that opening sequence:

12 replies on “The wild times of the subway graffiti era 1970-1989: at the city’s worst, an art form flourishes along transit lines”

the “lee” picture is not right…
that is the rome subway:
http://it.wikipedia.org/wiki/File:Rome_subway_graffiti.jpg
here you can find Lee’s stuff
http://www.leequinones.com/

The third photo was also NOT taken in 1976. Given the paint scheme and the rollsign font, it’s date cannot be older than late 1984.

Despite the discrepancies posted above this was a fantastic film and I’ve always enjoyed Steve Siegel’s imagery of a time that holds mystery wonder to me. Thanks.

Please do not refer to the phenomenon as “graffiti,” or as, “art.” It was neither.

It was VANDALISM, a blight on the city, a silent scream of ignorance and a dying culture. Period.

Graffiti is a symptom of society in decay. It has always been this way. We are now in remission, but other symptoms will soon betray the stark progress of our societal disease. Once the cemeteries are ransacked, the headstones toppled and the graves robbed, it will be too late. By then your children will either cower in their barricaded homes among the elderly, or join the roving mobs ready to victimize the vulnerable.

A mass amount of scientists spent their Sunday trying to decipher what you just typed and concluded that you’re full of shit.

That was a fantastic video. And there should be a graffitied-train showcase at the NYC Transit Museum. And graffiti is a form of art symbolizing hip-hop culture, itself a symbol of a lower-quality city.
Which doesn’t mean that hip=hop is low-quality at all. And neither is NYC.

Actually graffiti was adopted by the Hip Hop culture. The word graffiti was created by the media. These guys were writers and grew into art. They
don’t say we do graffiti. We write.. They called each other writers

Most of the trains went by to fast to really see who was up , what i could tell it was all irt trains , cool short though .. Especially in this era ,,people are looking for old train footage and photos alot , I myself was smart enough to ussually carry a camera around back when i was bombing the trains from 82 to 86 and caught alot of my stuff and plenty of other writers as well , although there was alot of my work that i never caught a camera , would say i have about 15 percent of my trains weather it be throw up pics , panal pieaces , whole cars , insides ,ect ,,,, Those were the days , and there gone for good ,, i consider myself lucky to have been part of the graff train era . Louis LUEONE AOW PREZ ,,, NSA ,..

I wrote graffiti in NYC back in the mid 70’s and im here to tell the pointy heads one thing…it wasn’t about art and it wasnt about nothing but anarchy and fun and fuck authority and fun and fame and stature among other writers.
Analyize this..