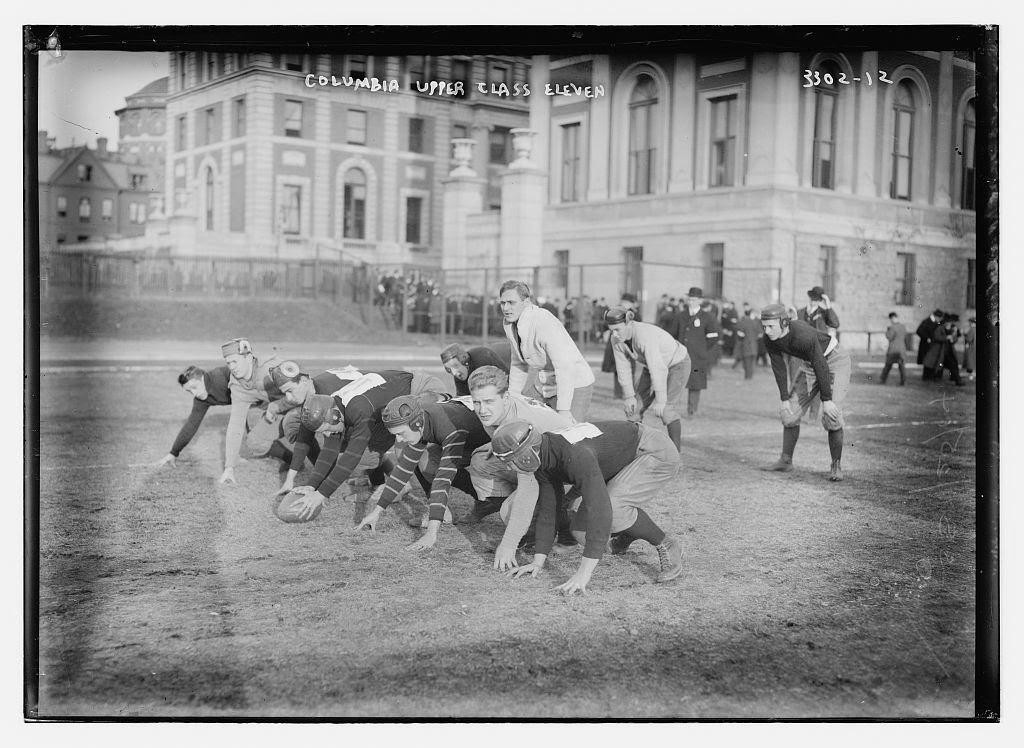 Above: the Columbia University football team, 1914

Click into the images for bigger view.  The first two team photos were taken sometime in Fall 1914, on the Columbia University campus. (As in, in the middle of campus.)  The first solo portraits were taken on Oct 24, 1914, during the Cornell vs Brown match-up at the Polo Grounds in upper Manhattan.  The second set of solos were also taken at the Polo Grounds, at the Washington & Jefferson vs. Rutgers game on Nov. 28, 1914. 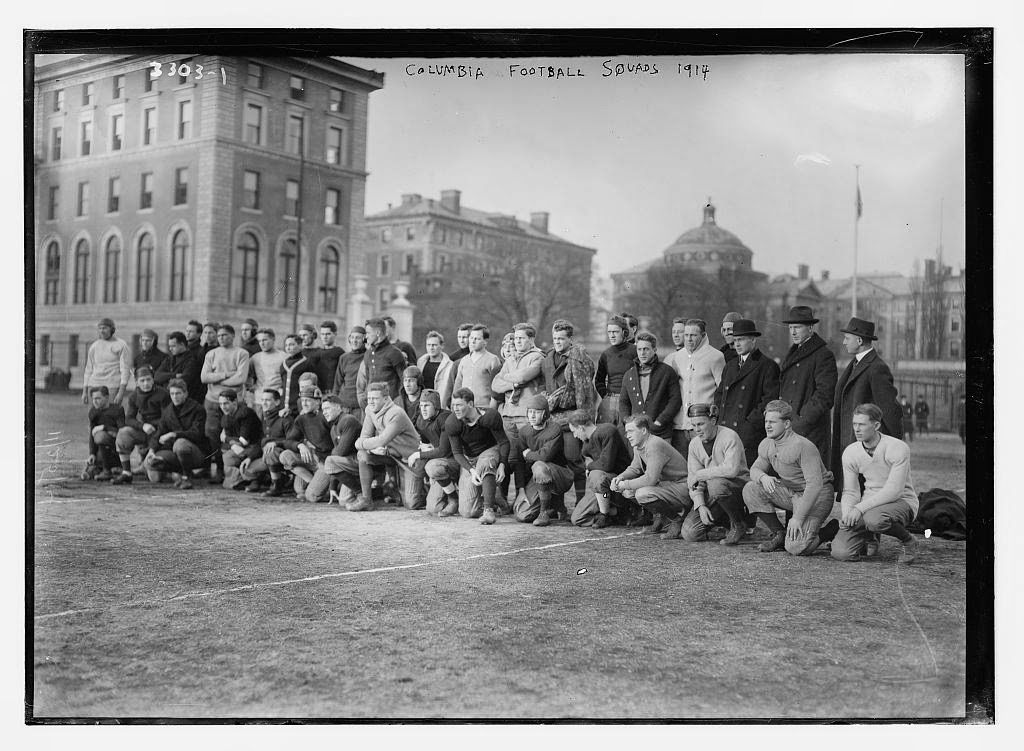 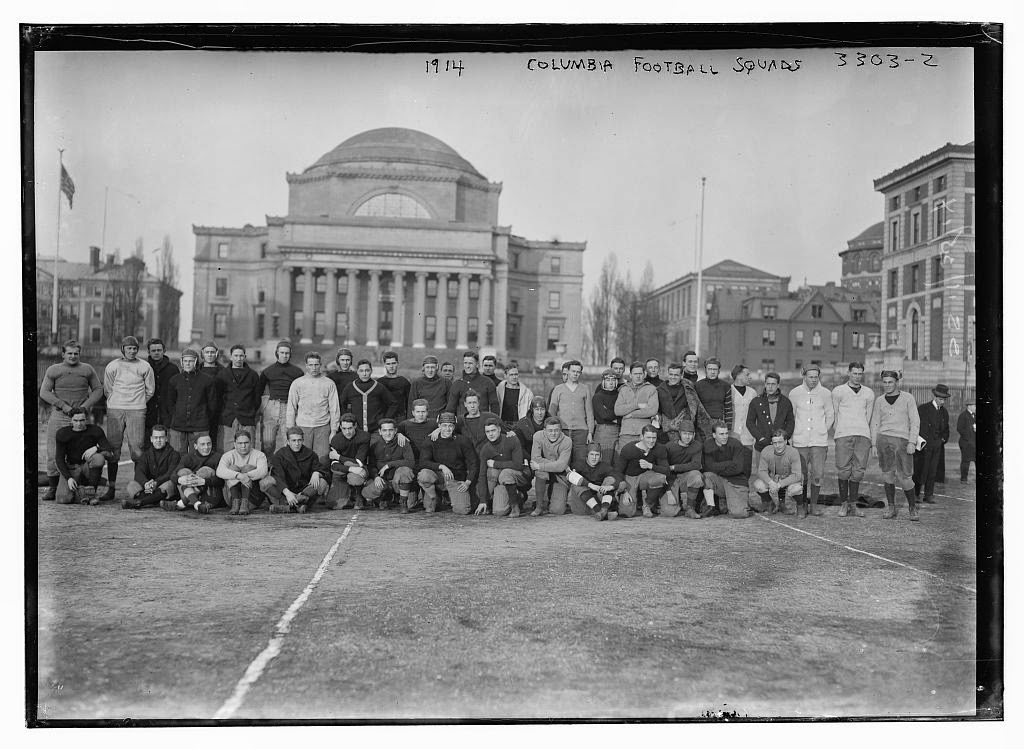 Dr. Albert Sharpe (1877-1966), coach for Cornell, former football player for Yale University. Reminds me of this guy, no? 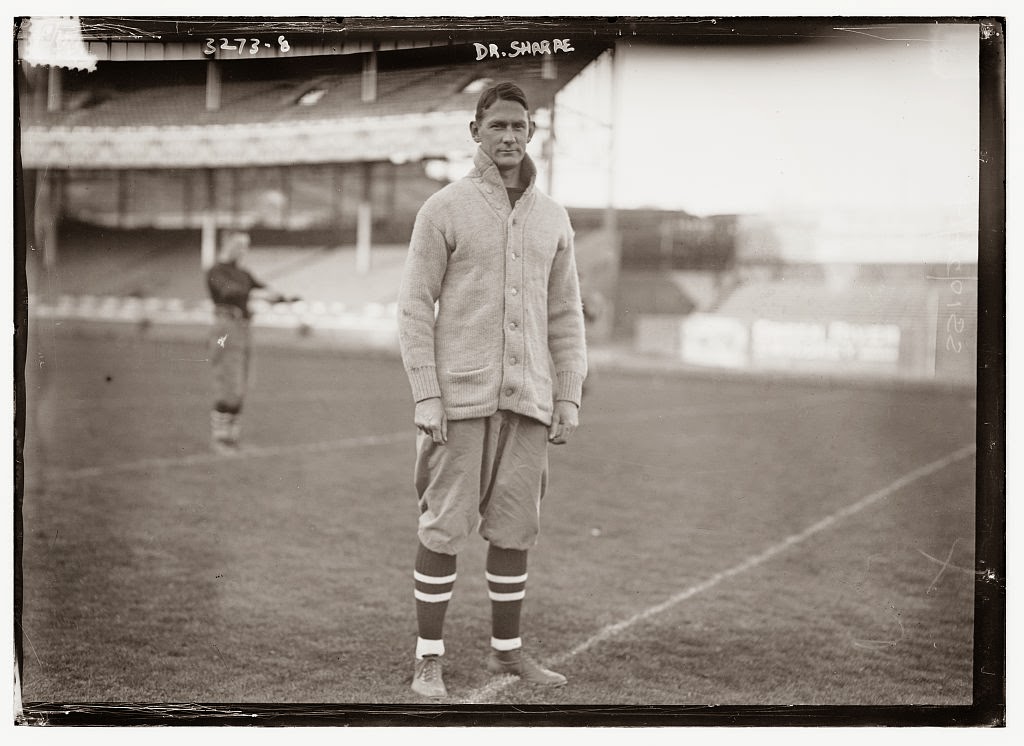 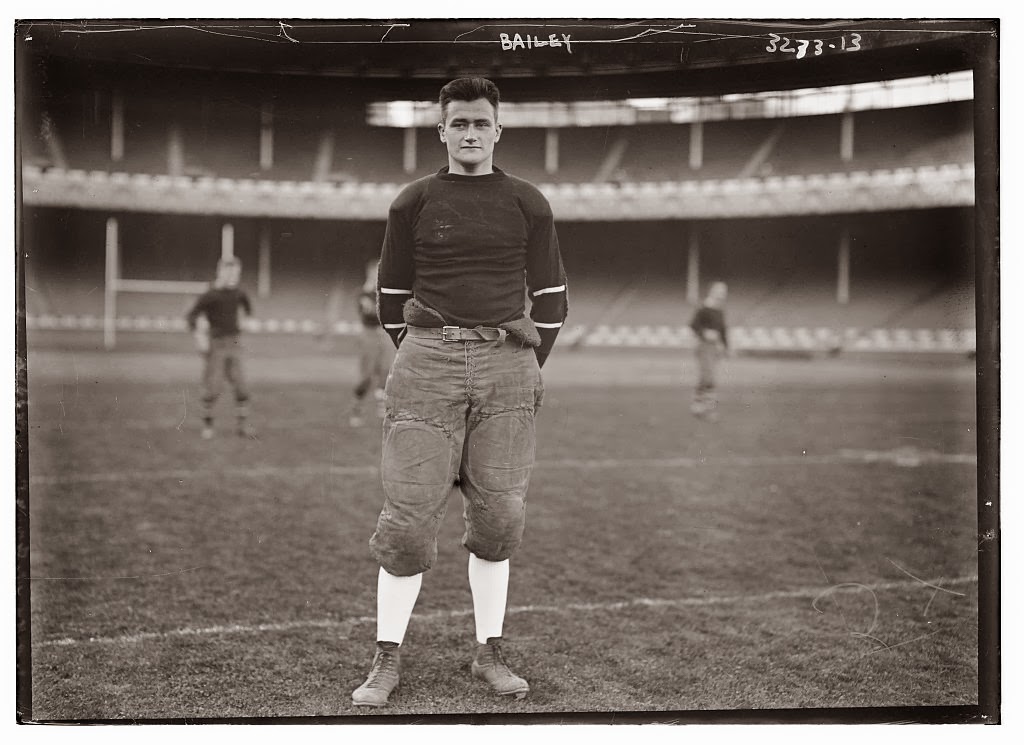 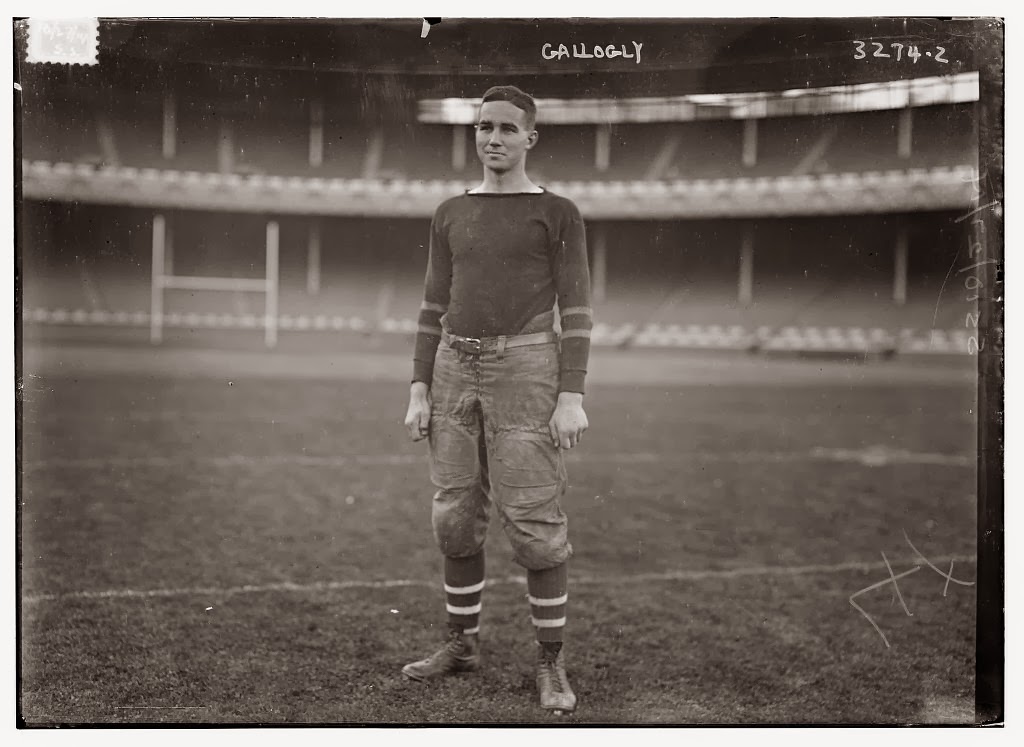 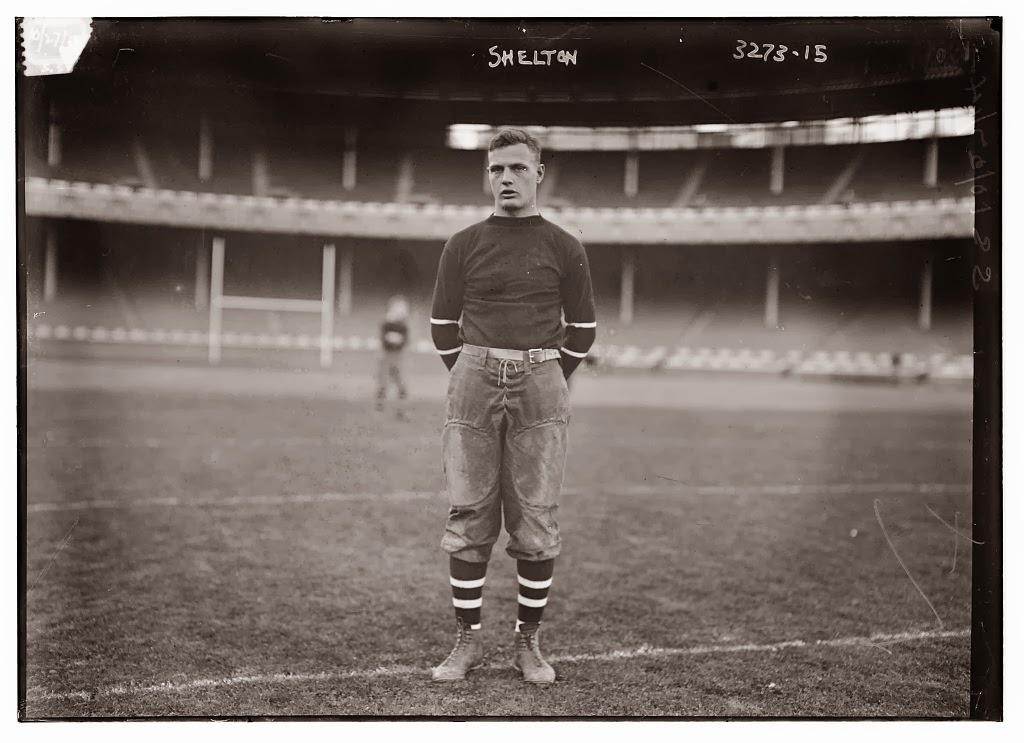 William Nicholas Ormsby, left end for Brown, later served in the Navy during World War I 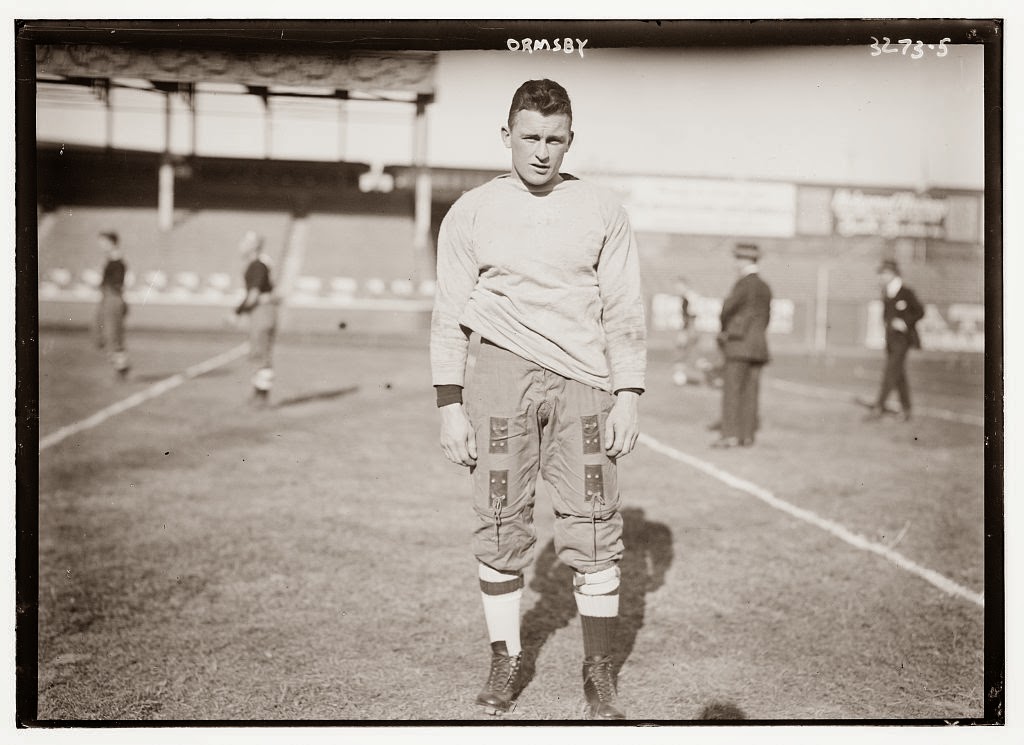 Theodore Chandler, full back for Brown 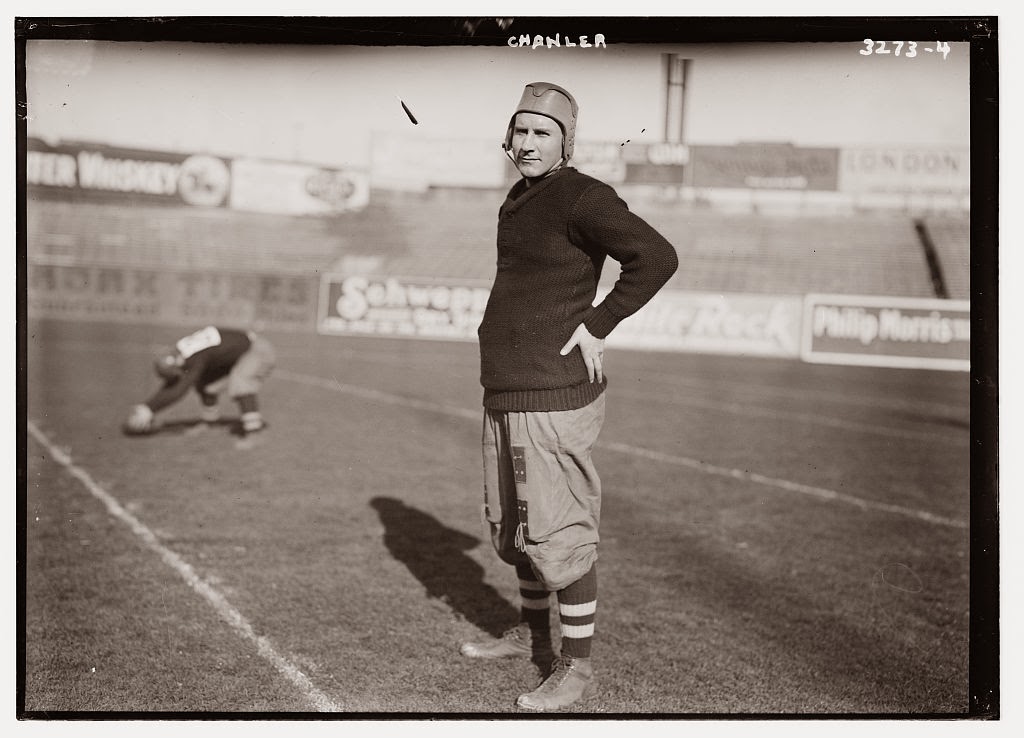 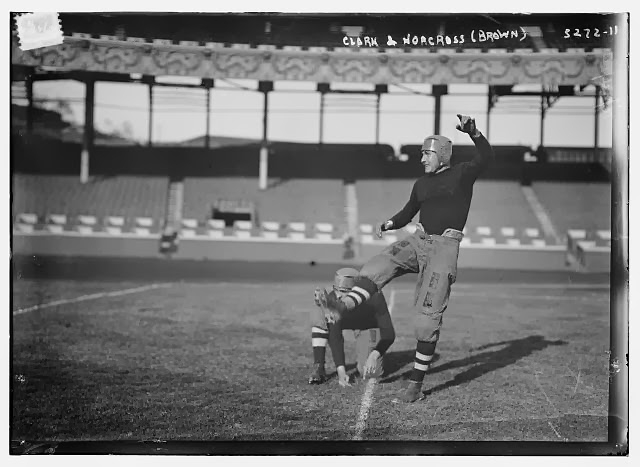 Brown University team, in a huddle at Polo Grounds. (By the way, Cornell defeated Brown in this game.) 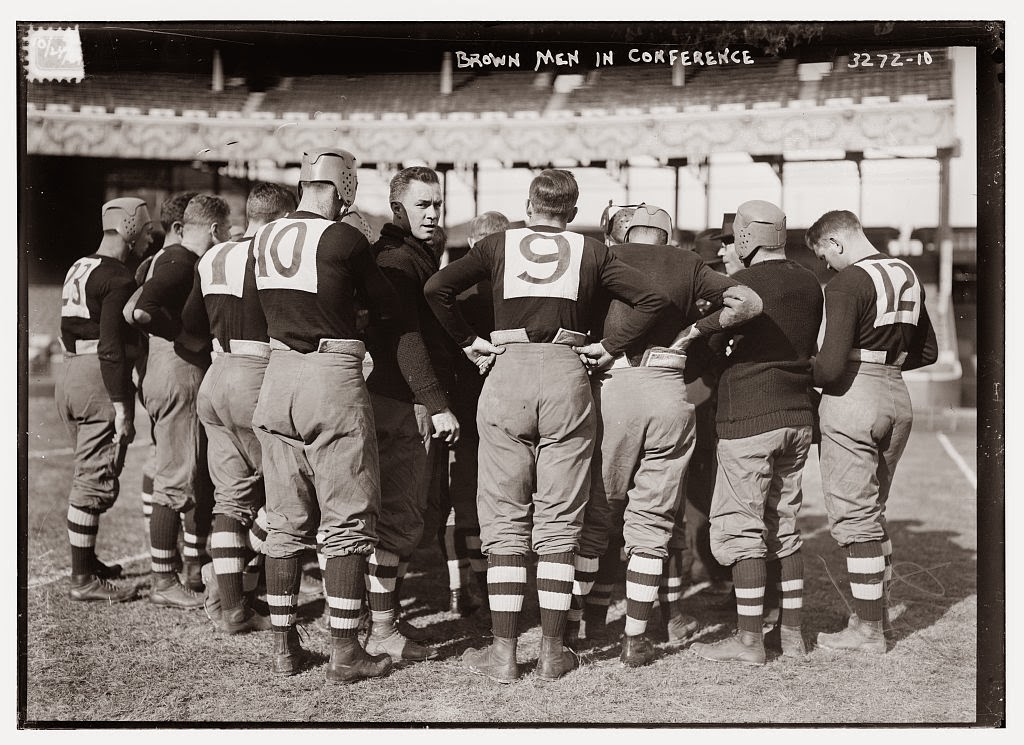 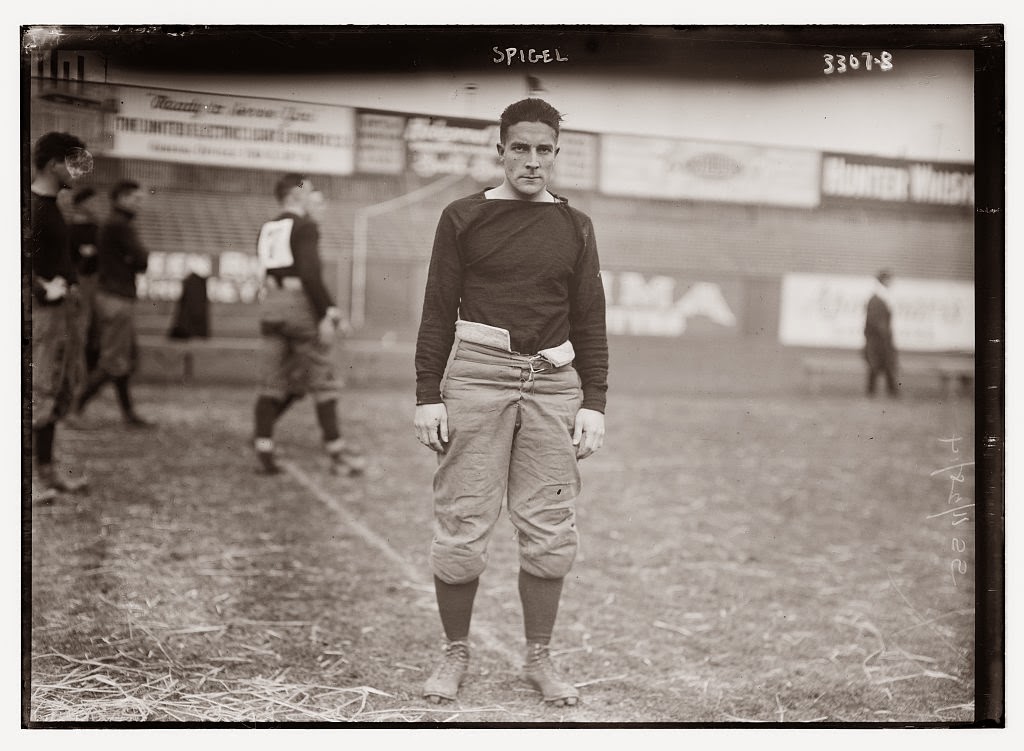 Hugginweg — full name and team affiliation unknown, although his uniform is similar to Spiegel’s 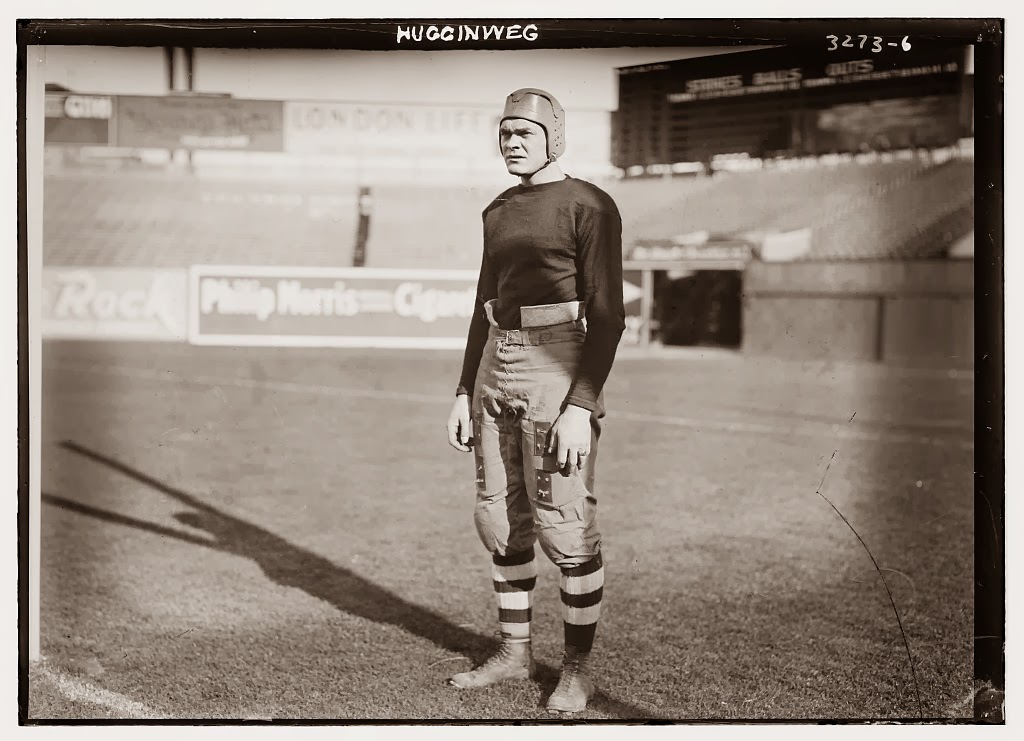 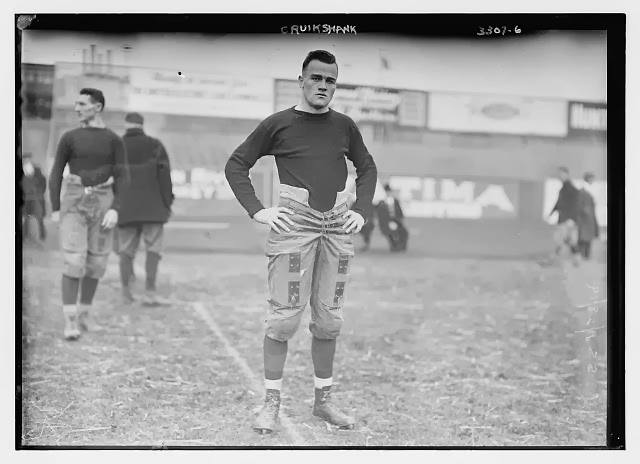 And finally, a long shot of the Polo Grounds itself in 1913 (an Army-Navy football game), one of America’s great sports venues of the early 20th century. 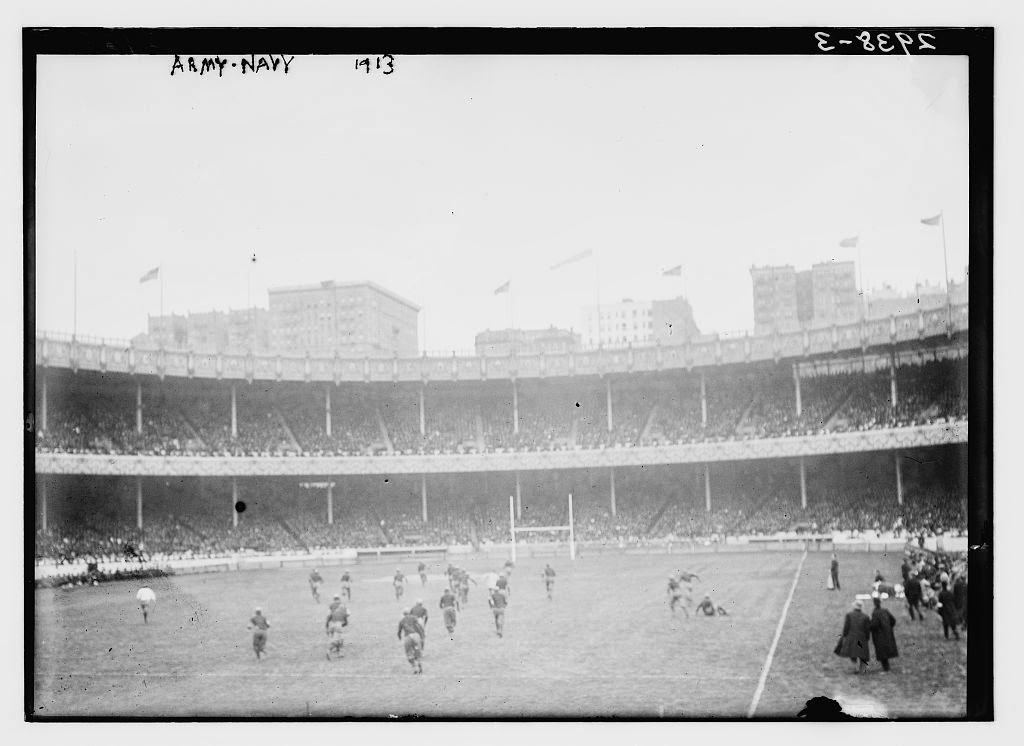 All photos courtesy Library of Congress