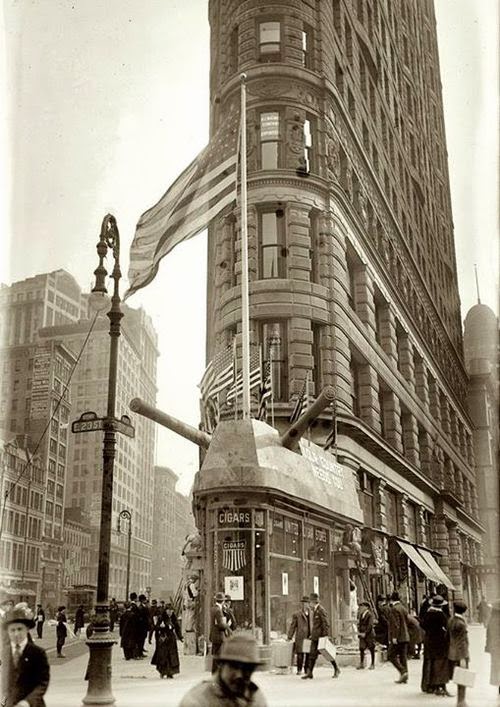 At the very first-floor corner of the Flatiron Building once sat the trusty United Cigar Store.  Being so striking a location in such an unusual building, the cigar store was often decorated occasions.

For instance, one hundred years ago today (April 1, 1914), the windows were filled with 7,150 silver dollars as part of a promotion by the New York Tribune for a newspaper quiz.

“The money is in shining, new silver dollars, and the glittering pile possessed marked magnetic qualities, drawing thousands of shoppers and business men.  The situation of the window gave Broadway and Fifth Avenue equal and simultaneous opportunities to gaze at the treasure.” [source]

Something more unusual arrived atop the little cigar store a few years later.  With America’s entry into World War I, the patriotic owner of the cigar store donated the space for a recruiting center for the U.S. Navy.  Atop the store were decorative flags and replicas of naval cannons.  A war-stamps salesman would stand astride the cannons and beckon pedestrians to purchases war stamps.

The flamboyant show had a profound effect, as illustrated in this front-page anecdote from March 20, 1918 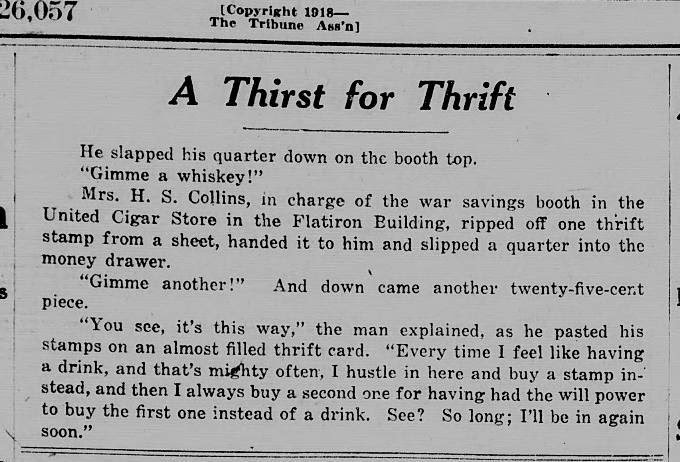 For a time, the cigar store was one of New York City’s centers for the war effort, an ideal and attractive spot in one of New York’s busiest intersections.  During one such campaign drive, society ladies operated the booths inside while the military band played on the roof, between the cannons.  During the day, there were various demonstrations on front of the cigar store, including one for the Browning machine gun! 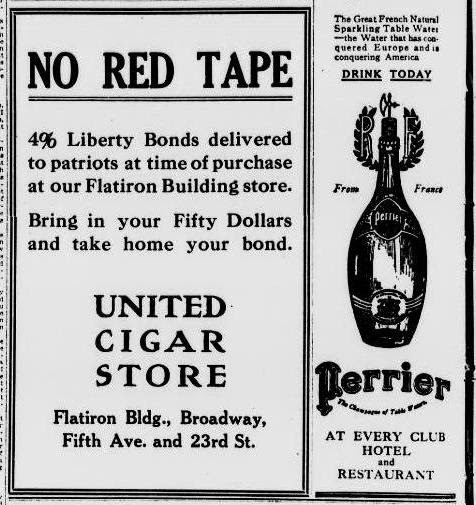 To give you a little bit more context of how dramatic this all was, down the street in Union Square sat a wooden Naval battleship, the U.S.S. Recruit.  (Read more about New York’s World War I efforts in my article last year on the history of the wartime doughnut.) 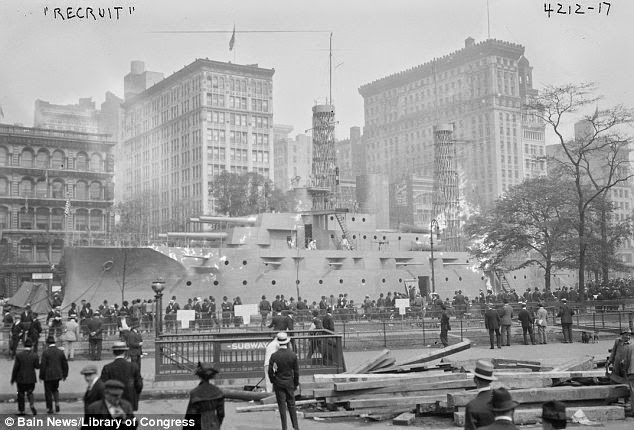