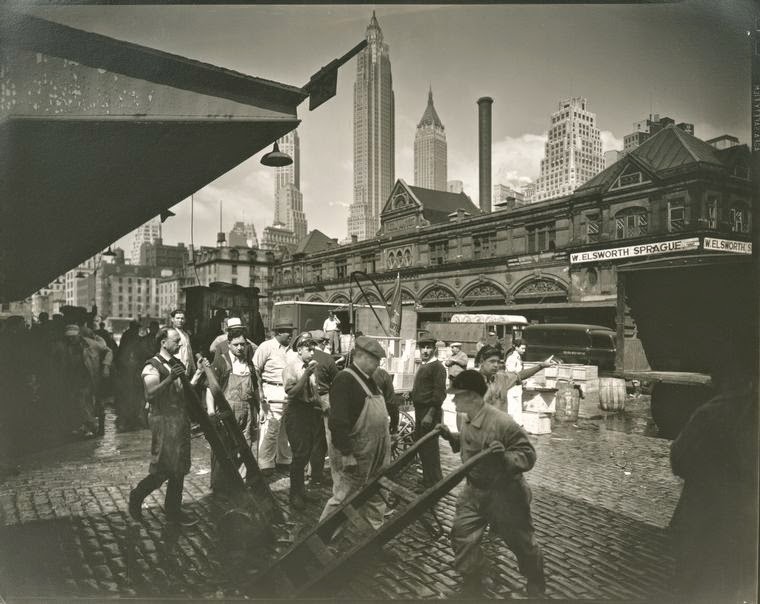 The daily bustle at the Fulton Fish Market, 1936, photographed by Berenice Abbott (NYPL)

PODCAST  The glory of early New York came from its role as one of the world’s great ports.  Today the South Street Seaport is a lasting tribute to that seafaring heritage, a historical district beneath the Brooklyn Bridge that contains some of New York City’s oldest buildings. 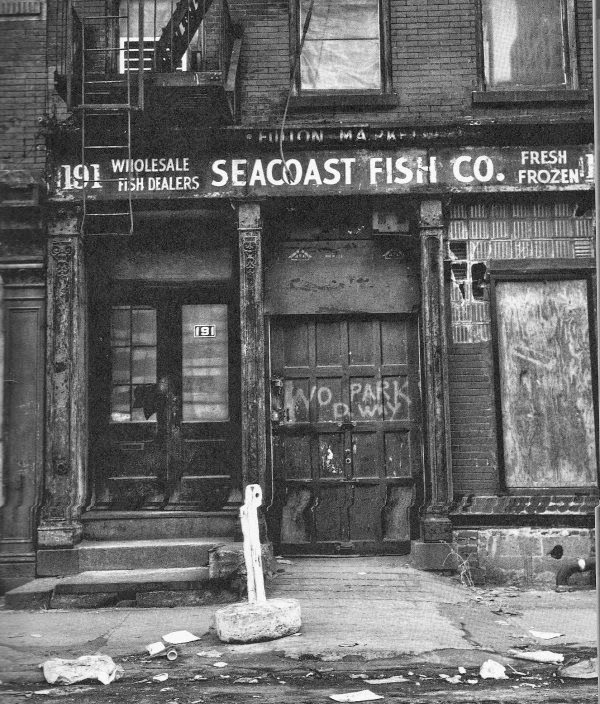 But there are many secrets here along the cobblestone streets.  Schermerhorn Row, the grand avenue of counting houses more than two centuries old, is built atop of landfill.  Historic Water Street once held a seedy concentration of brothels and saloons. Not to mention a very vibrant rat pit! And the Fulton Fish Market, the neighborhood’s oldest customer tradition, once fell into the river.

The modern South Street Seaport, a preservation construct of concerned citizens, become popular with tourists during the 1980s but saw severe damage during Hurricane Sandy.  It’s now the subject of some potentially dramatic changes.  How much of an adherence to the traditions of the past will determine the Seaport’s future?

ALSO: The FDR Drive — How it almost went below the Seaport!

A painting of the Empress of China, the vessel probably most responsible for the growth of New York’s trading power. (Courtesy nyhistorywalks) 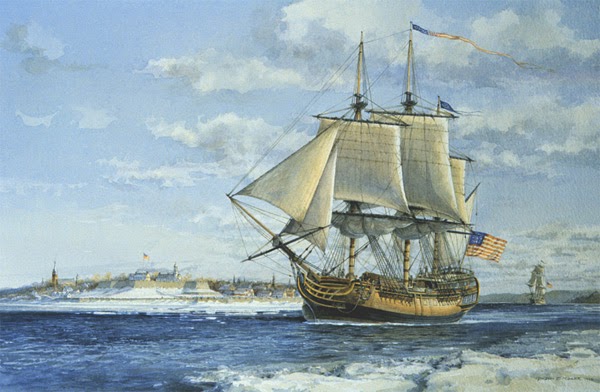 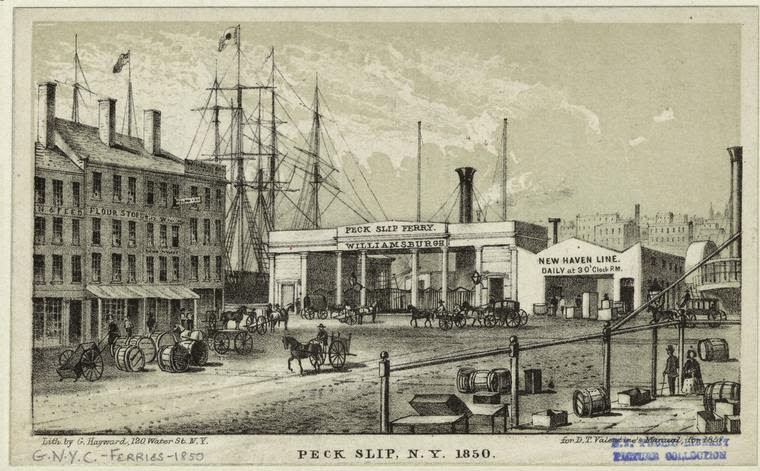 South Street, circa 1892, via stereograph (courtesy Library of Congress) 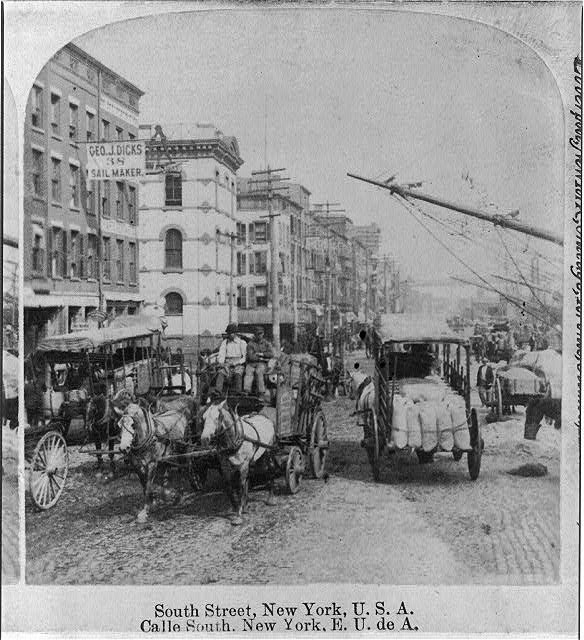 A different world: The glory of South Street in 1890 and 1900, respectively, still a non-stop churn of unloading, delivering and transport, even as the Brooklyn Bridge in the distance marks big changes to come for the neighborhood. (courtesy NYPL and Library of Congress) 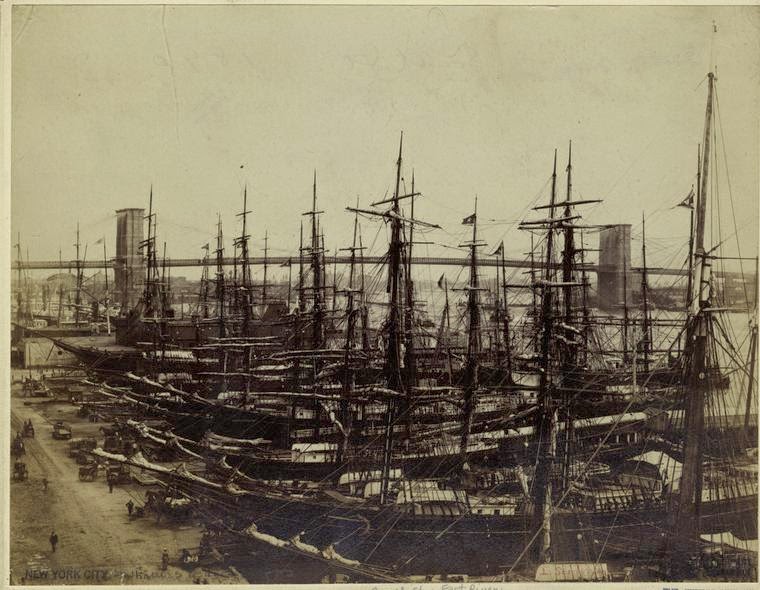 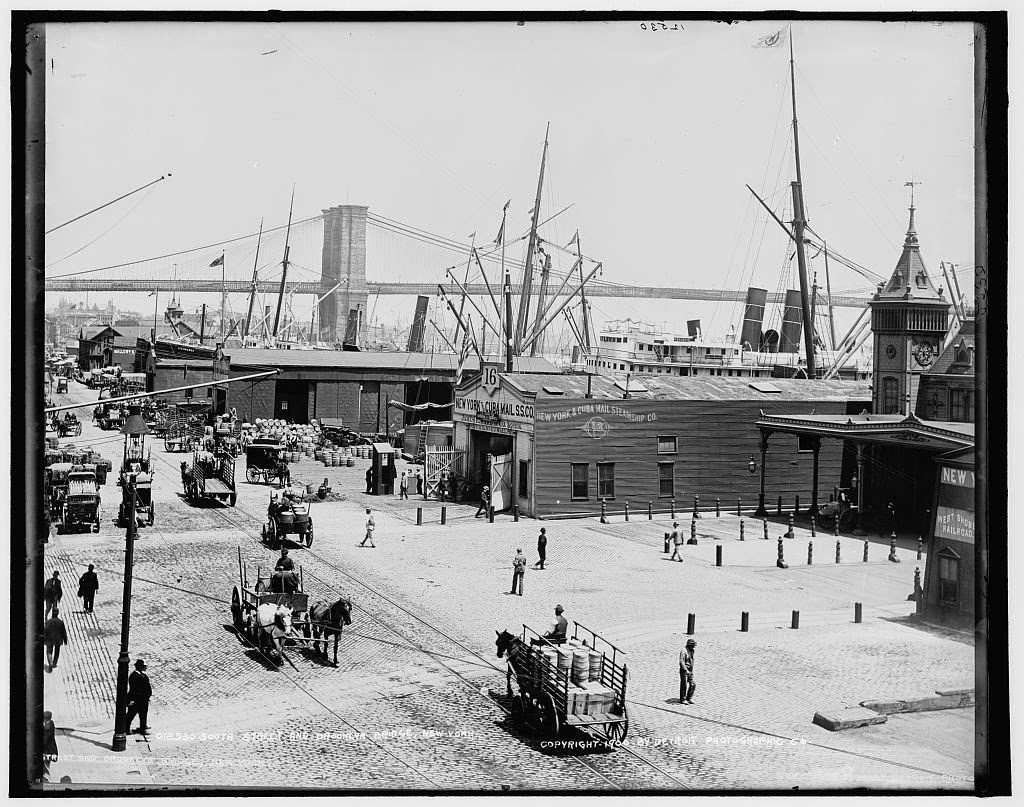 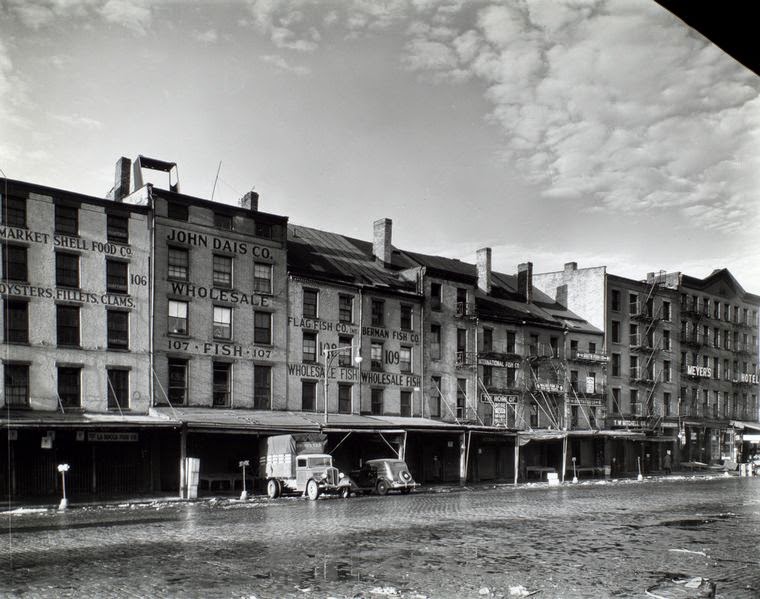 Fulton and Water Streets, 1975 (Courtesy the Museum of the City of New York) 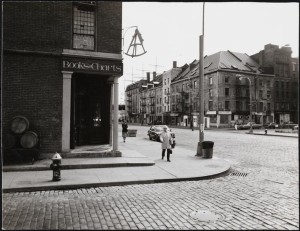 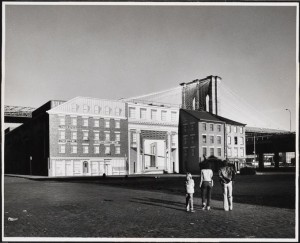 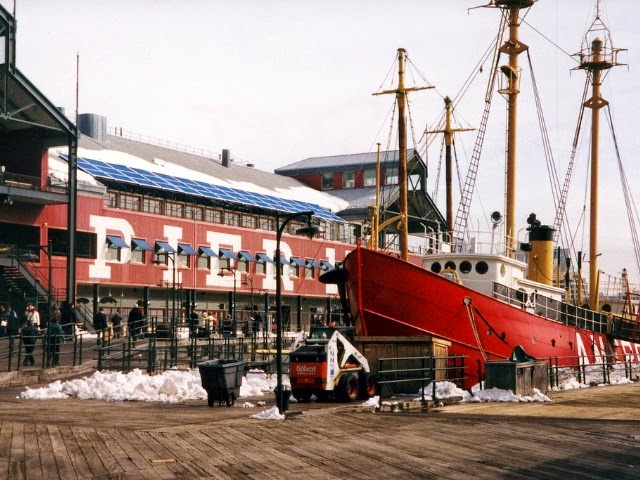 6 replies on “The history of the South Street Seaport: A robust story of economic power, historic preservation, rat fights and fish guts”

A number of years ago I was given an architectural model of Schermerhorn Row that was created during the final planning stage of the 1980’s redevelopment. I always found the model far more interesting then what the area turned out to be.

I loved the podcast on South St Seaport. While visiting my aunt on Long Island around 1990 I remember going to Pier 17, I thought it was amazing. Its sad that its now closed and that it wasnt a hit with NY residents. I still have the bag I bought from banana republic that day! Thanks for bringing back some memories.
James, Glasgow

I used to go to the South Street Sea Port, the original romantic Pier 17 since the mid 80’s & now due to super storm hurricane Sandy, & and the Evil Howard Hughes Corporation of Greed..has demolished, instead of renovating the beautiful old-fashioned romantic pier 17 that goes perfect with the cobbal stones in the area, the old fashion historic bars, & and cafe in the area..also the original pier 17 goes well with the Peking historic sail boat, the Waver Tree historic three mass sail boat, & I don’t see the Mc Hellen Tug boat at the South Street Sea Port no more, I feel bad for all the people who worked there for 20 years, they were all evicted by Corporate Greed. This is very sad, & haunting. Remember This: Simple is Always the Best, & They don’t make them anymore, like they used to.

Click on the link below to revisit the “Iconic Original Pier 17”
https://www.youtube.com/watch?v=pyJXLluWvMw&list=PLEpKJTBCPrIGI0senEsXO1dI40rGWIBwt&index=4

Question: Were there ever any freight railroads that did freight car switching operations in the vicinity of the South Street Seaport?