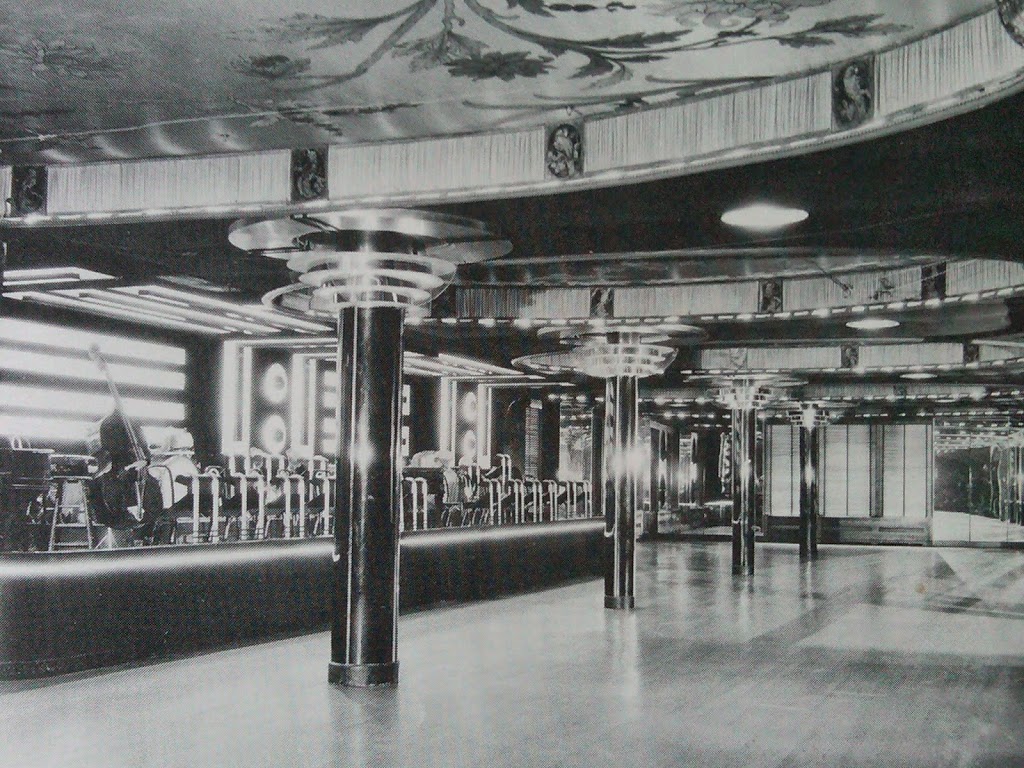 The Roseland Ballroom closes its doors next month on April 7th after a round of Lady Gaga concerts.  The storied big band venue — the ‘world’s foremost ballroom cafe’ — originally opened on December 31, 1919 at 1658 Broadway (at 50th/51st Street).  In the 1950s, it moved to its present location on 52nd Street, a former ice and roller-skating rink.

On the surface, opening a dance club a few weeks before the start of Prohibition doesn’t seem to be especially wise.  But New Yorkers ate it up.  After all, there would eventually be hundreds of speakeasies surrounding it!”

From the January 17, 1920 edition of the New York Evening World, headlined ‘Broadway Finds Joy In Roseland‘:

“The shadow of the camel, i.e. the presence of Prohibition, has not robbed Broadway of all its pleasures.  The dancers still find a way to have a good time, as may be attested by the thousands who attend the sessions at Roseland, the new dancing place at Broadway and 51st Street.“ 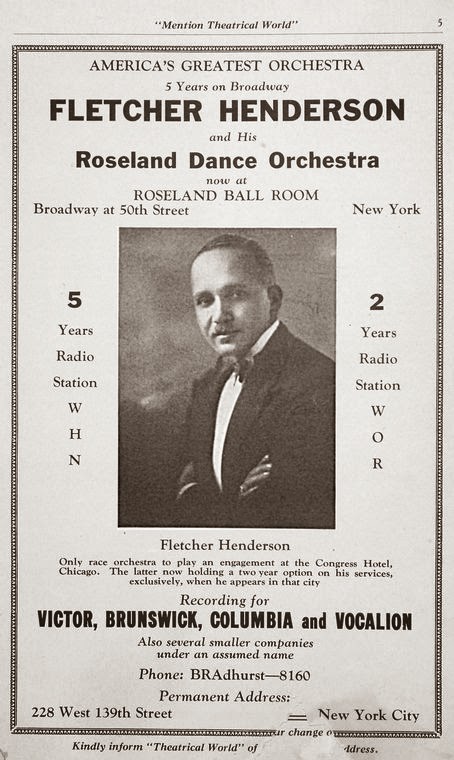 During the ’20s, the Roseland was the scene of many dance marathons for prize money.  In 1923, when the city reminded him that state codes authorized only twelve-hour endurance contests, he arranged for competitors to be whisked away on a boat — called the Roseland — to complete the contest.

The Roseland took aim at dismissing the blues at the height of the Great Depression.   “At Roseland Ballroom, ‘Old Man Depression’ will be tried and found guilty of murdering Prosperity and sentenced to death.  A scaffold will be erected for him and his ‘death’ will be a signal for merry-making.” [from the December 31, 1931, New York Times]

The Roseland was never the Rainbow Room.  During the 1940s it was nicknamed ‘the poor man’s nightclub’ which apparently didn’t stop it from being “the most famous dance hall in the world,” according to the New Yorker in 1942.  (It was also, back when it opened, a whites-only establishment.)  Always popular, the Roseland of the 1940s was charming and sometimes mysterious, regimental and rarely lewd.  Its owner Louis Brecker always referred to it as “the home of refined dancing.”

“People accustomed to night-club life often find the atmosphere slightly phantasmal. The ceiling is hung with dark-blue muslin studded with tiny electric bulbps give a night-sky effect. The roomis lit by neon lamps, graduating in shade from deep pink to lemon yellow. In their dim rays knots of patrons drift to and from the dance floor with a curiously delicate air, fluorescing a bit as they go.” [New Yorker, 1942] 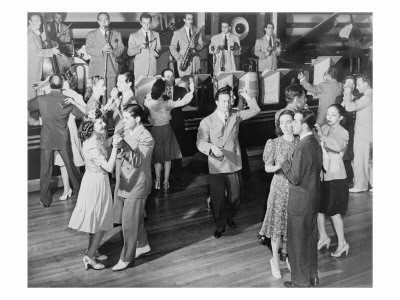 The Roseland was also known for hostesses (or taxi dancers) who would dance with gentlemen for $1.50 per half hour.  They were beautiful and well behaved, never drinking alcohol if their patrons offered. And they never solicited business, sitting politely in a roped-off dias by the dance floor, waiting for an interested man to come along.

“Each hostess tried to build up a clientele by thoughtful attention to masculine interests and hobbies. Many hostesses read books in order to increase their conversational range,” according to the New Yorker. “[E]lderly gentlemen who like to surround themselves with hostesses, sometimes  [bought] out the entire platoon for the evening.”

The hostess/taxi dancer, hugely popular during the World War II era, had mostly faded out by the time the Roseland moved to its present location at 52nd Street.

Here’s a Henderson tribute to the venue, entitled “Rose Room (In Sunny Roseland)”:

6 replies on “Recalling the opening of Roseland Ballroom at the start of Prohibition, the ‘phantasmal’ atmosphere, the private dancer”

My Mom liked going there with her friends in the early ’40’s.

Many a wonderous night at the soon to be forgotten Roseland. Very sad.

I grew up clubbing in Roseland in the 80’s! Any idea where we can purchase vintage or retro photos?

My sister met her husband to be there during WW 11. They were both great dancers.

I enjoyed the article. My paternal grandparents met there in the 1940s. My grandfather always said how he saw my grandmother coming down the stairs, wearing a big hat, and thought she was beautiful. It’s great to see photos of the original Roseland.

Loved the Roseland. Entered many dance competions in the 60s. winners danced off at Madison Sq. Garden. a star studded event. Roseland was the best. gentlemen and ladies. women not allowed at bar unescorted. A wonderful memory.