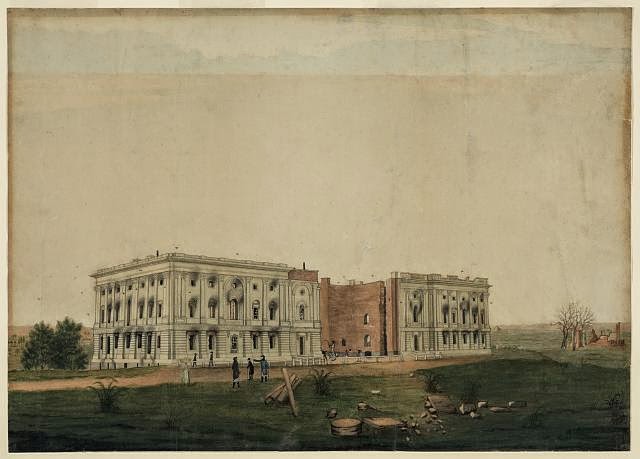 Above: An engraving the gutted Capitol building by William Strickland (LOC)

Two hundred years ago this week (on August 24, 1814), the British invaded Washington DC and torched not just the White House, but a great many other government buildings. “Of the Senate house, the President’s palace, the barracks, the dockyard, etc., nothing could be seen except heaps of smoking ruins” [Eyewitness To History]

You know what closes next week FOREVER? Kim’s Video. Crank up your DVD players and go visit them one final time before they close on August 25. [Jeremiah’s Vanishing NY]

Help save the Subway Inn, a classic dive bar near Bloomingdale’s that’s being shuttered for — what else — a luxury apartment building. [New York Neon]

Some fascinating history from Cincinnati — a fiery courthouse riot that erupted in 1884 over the course of three bloody days. [Murder By Gaslight]

The Panama Canal opened 100 years ago on August 15, 1914. Â The United State maintained a presence in the Canal Zone until 1999. [Smithsonian]

Below: The American steamship SS Ancon makes the first official transit through the locks of the Panama Canal, August 15, 1914: 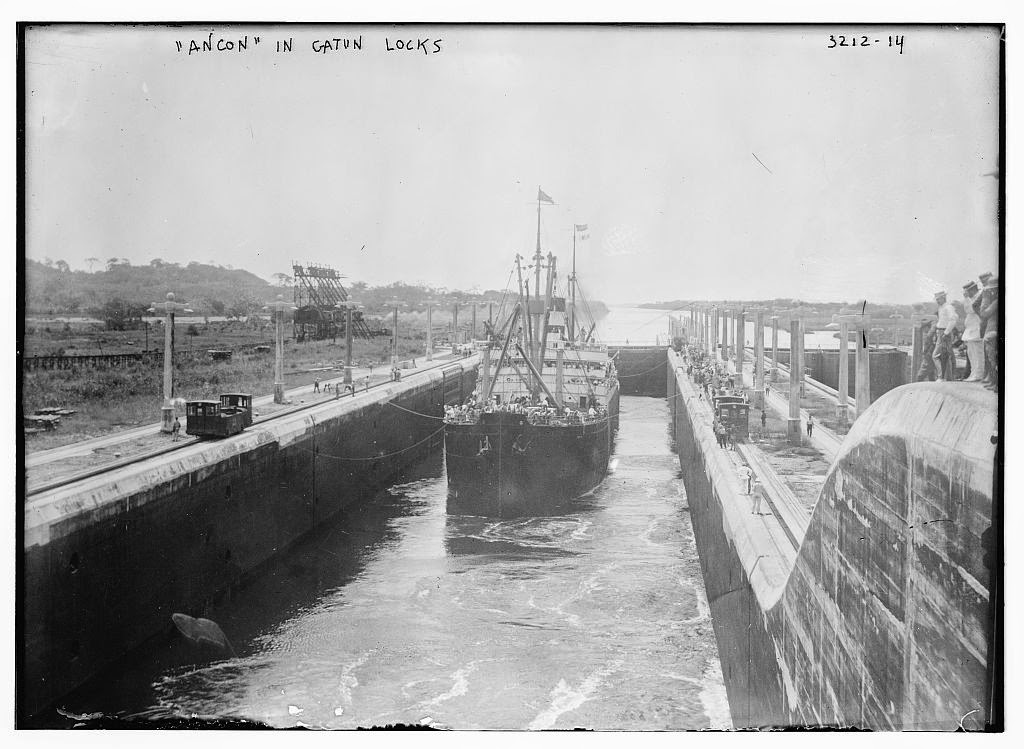