The Lusitania gets dwarfed by recollections of the Titanic.  But in many ways, the destruction of the Cunard Line’s premier ocean liner on May 7, 1915, was a deeper tragedy than that of the White Star liner.

As a casualty of war — sunk by a German U-boat off the coast of southern Ireland — the Lusitania disaster began a slow but inevitable march towards the United States’ entry into World War I. Â Its destruction send a shockwave through Americans and Britons alike. Nobody sailing the Atlantic was safe.

The ship itself was a major loss both for Cunard and the British military as the ship was fitted for active service. Here are a selection of images from 1905 (courtesy SMU Central University) of the Lusitania in all her glory, years before her demise.

Interspersed are some newspaper clippings from its initial launch in 1906 and some from 1907, the year the vessel first sailed to New York.

For more information on the Lusitania, check out our podcast on the Chelsea Piers or read my book review of Dead Wake, the latest by Erik Larson. 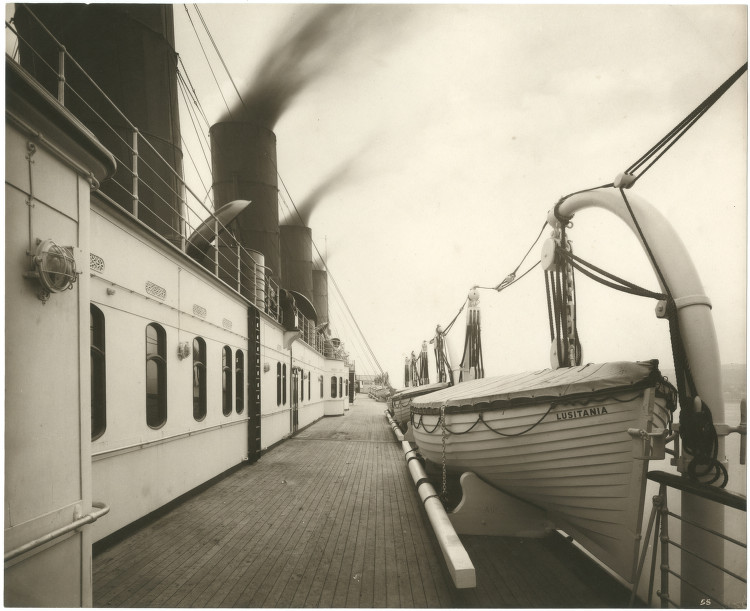 “GLASGOW, Scotland, June 7. — The new Cunard Line steamer Lusitania, the world’s largest liner, was successfully launched at Clydebank to-day, and was named by Dowager Lady Inverclyde. Hundreds of visitors from all parts of the country, besides thousands of the local population, witnessed the ceremony.

The Lusitania is the first of the giant Cunarders to be launched, and her sister, the Mauretania, will follow her into the sea a month ago.  The Lusitania is 790 feet long, and her greatest breadth is 88 feet, while her depth molded is 60 1/2 feet.” 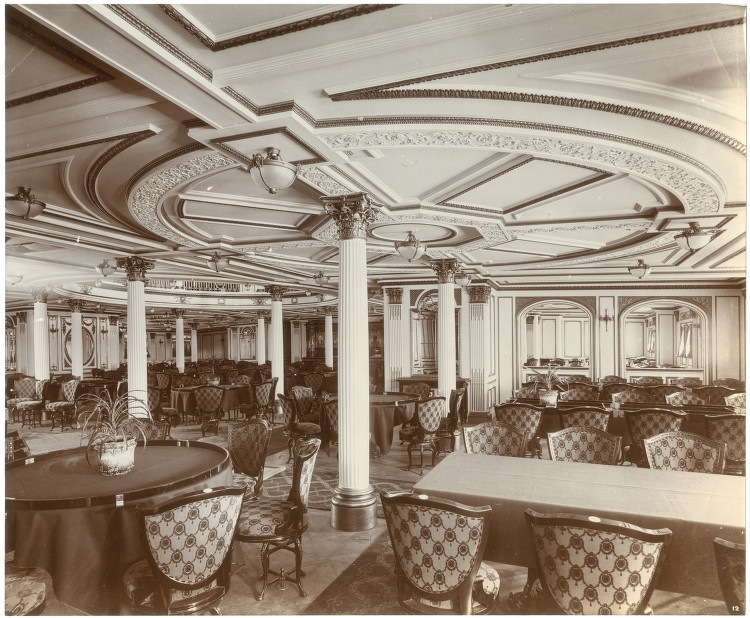 NYT , July 31, 1907:  “LUXURIOUS OCEAN TRAVEL. The new Cunarder Lusitania is now afloat, and will soon be on her way to New York. She is at the present moment the largest and most richly appointed ocean steamship in the world, though she may take second place within a year or so.”

LUSITANIA STARTS FIRST TRIP TO-DAY; Will Race the Lusitania Across in an Effort for a New Record. BOTH BOATS ARE FULL Colossal Ferries Groomed for the Event — Lusitania Will Burn 1,000 Tons of Coal Daily. 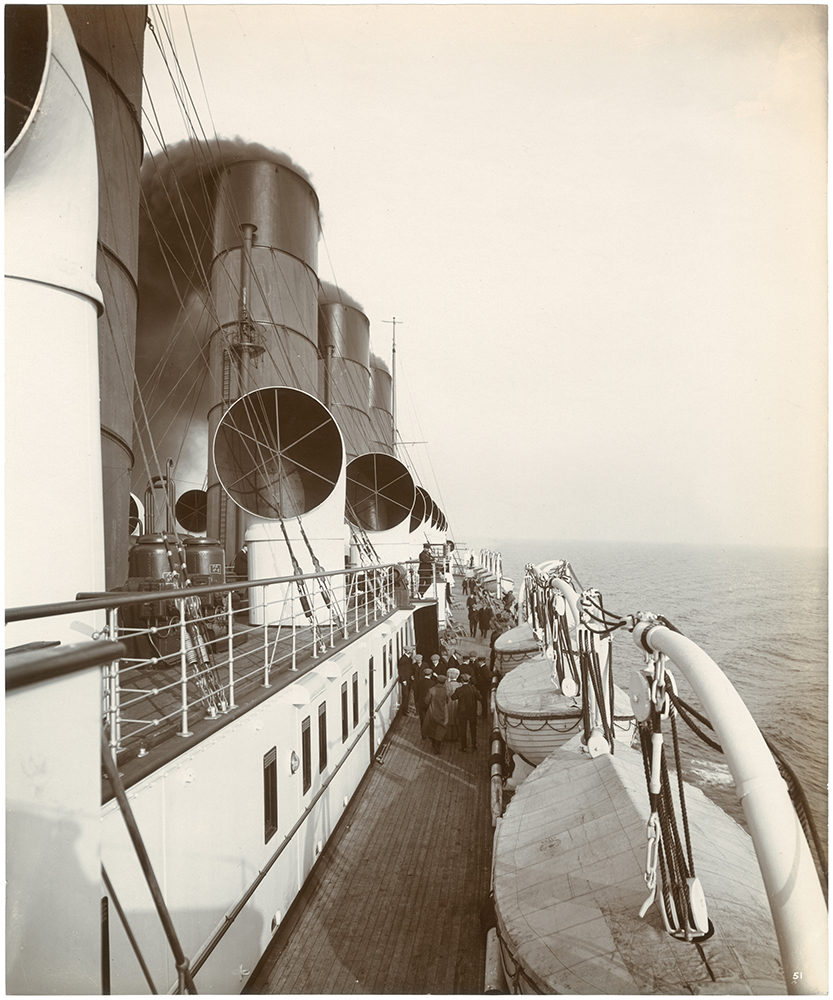 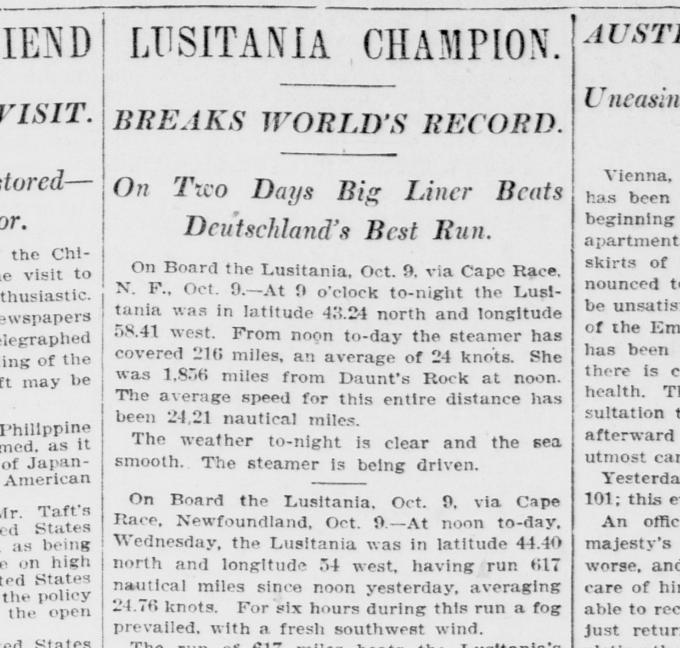 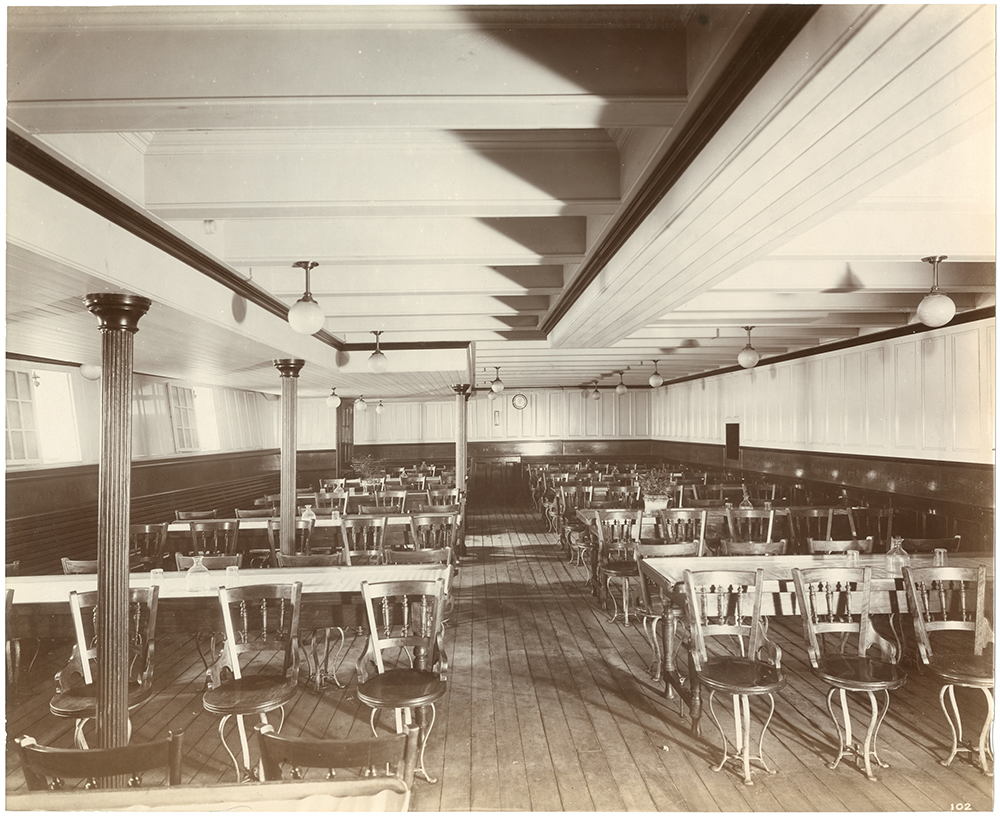 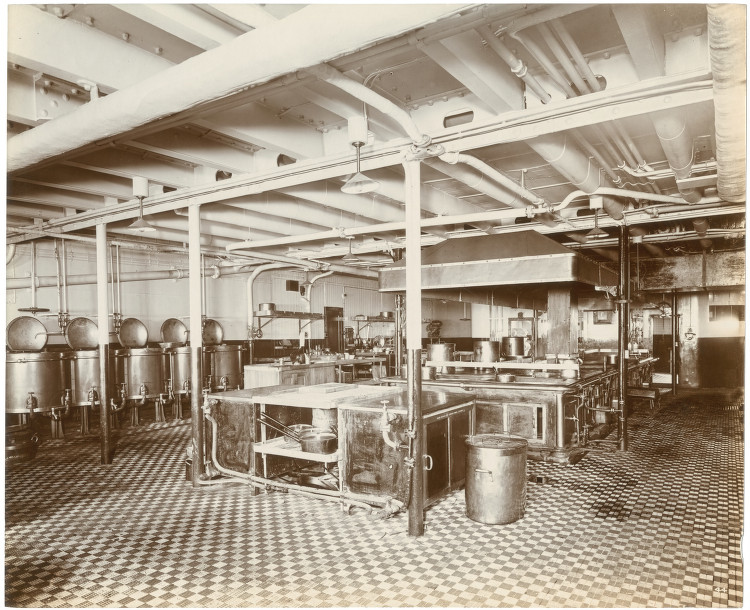 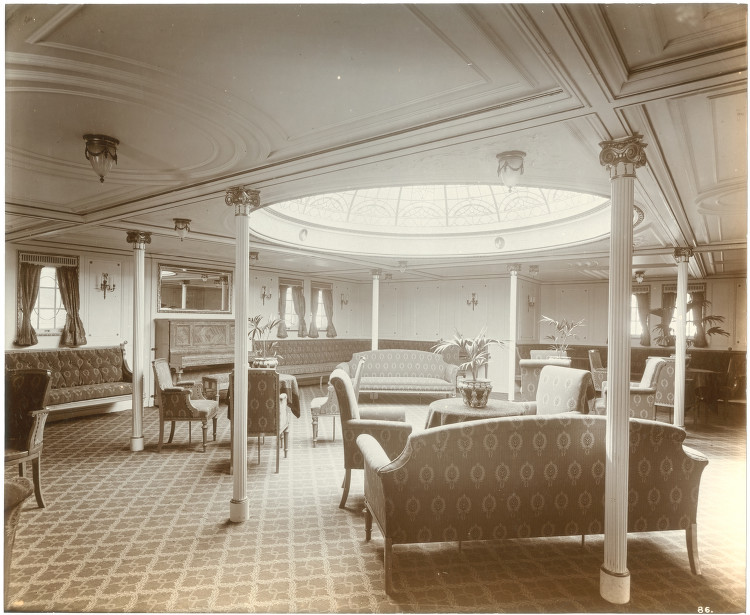 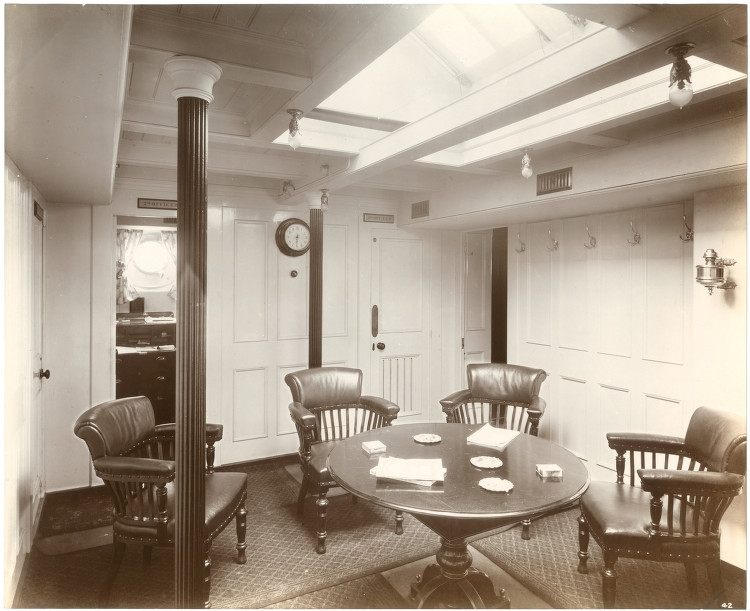 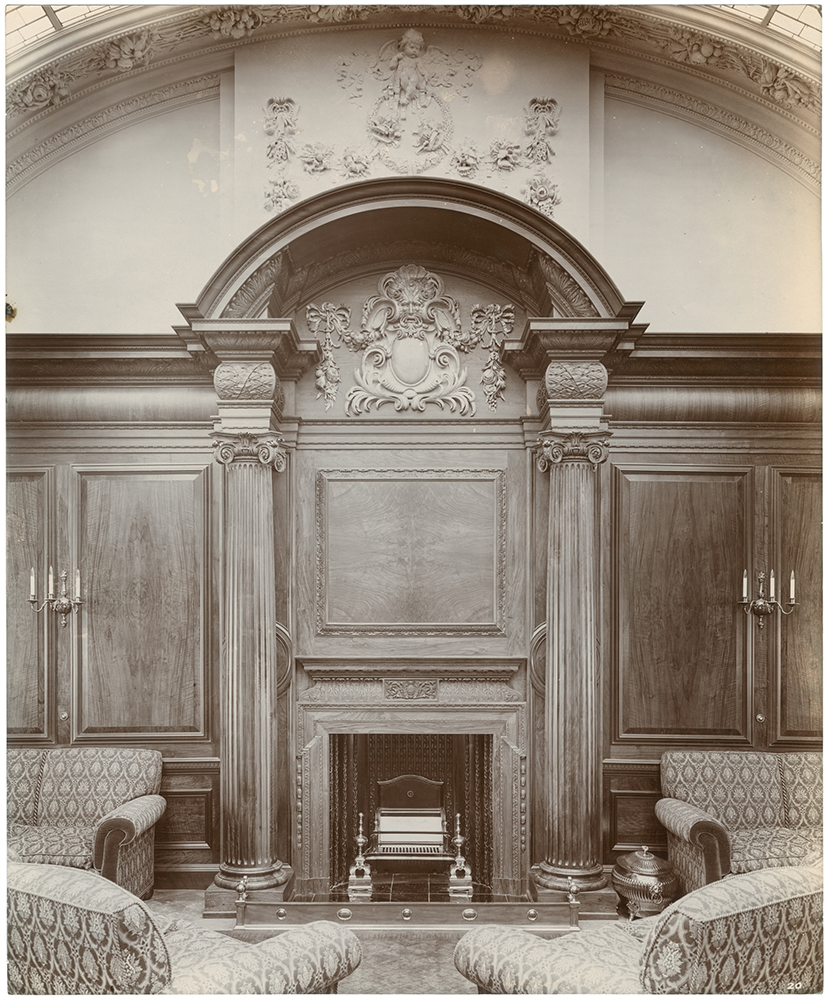 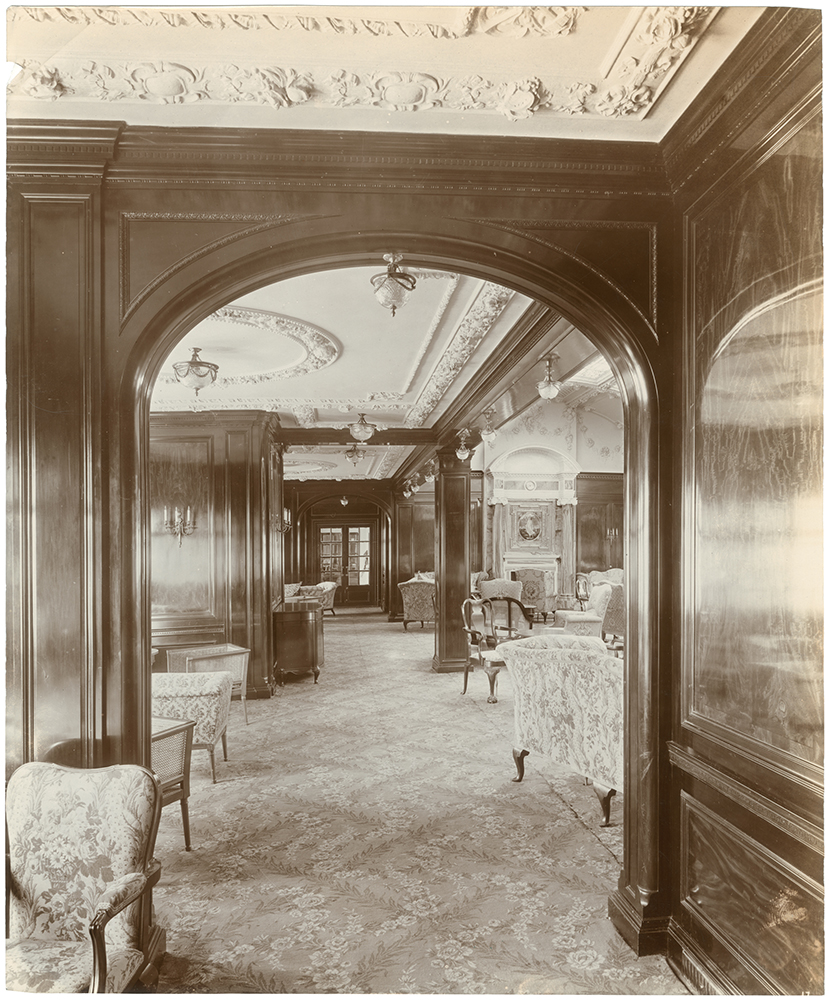 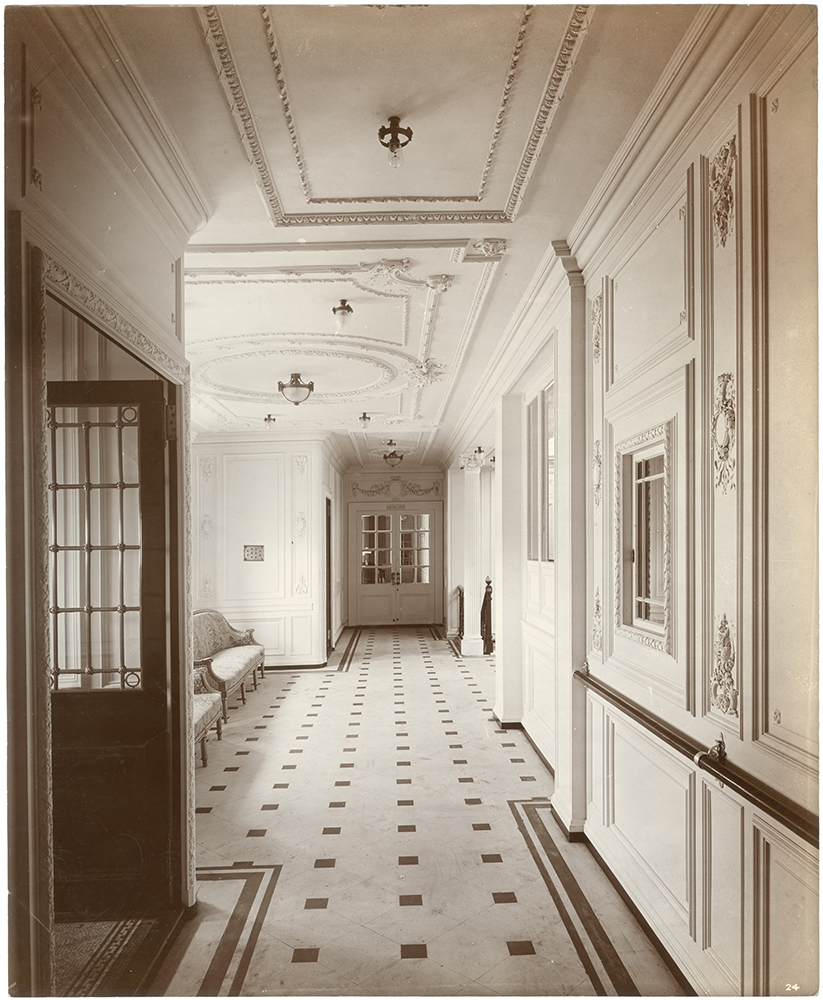 And pictures of the ‘regal suite’, the nicest rooms on the boat: 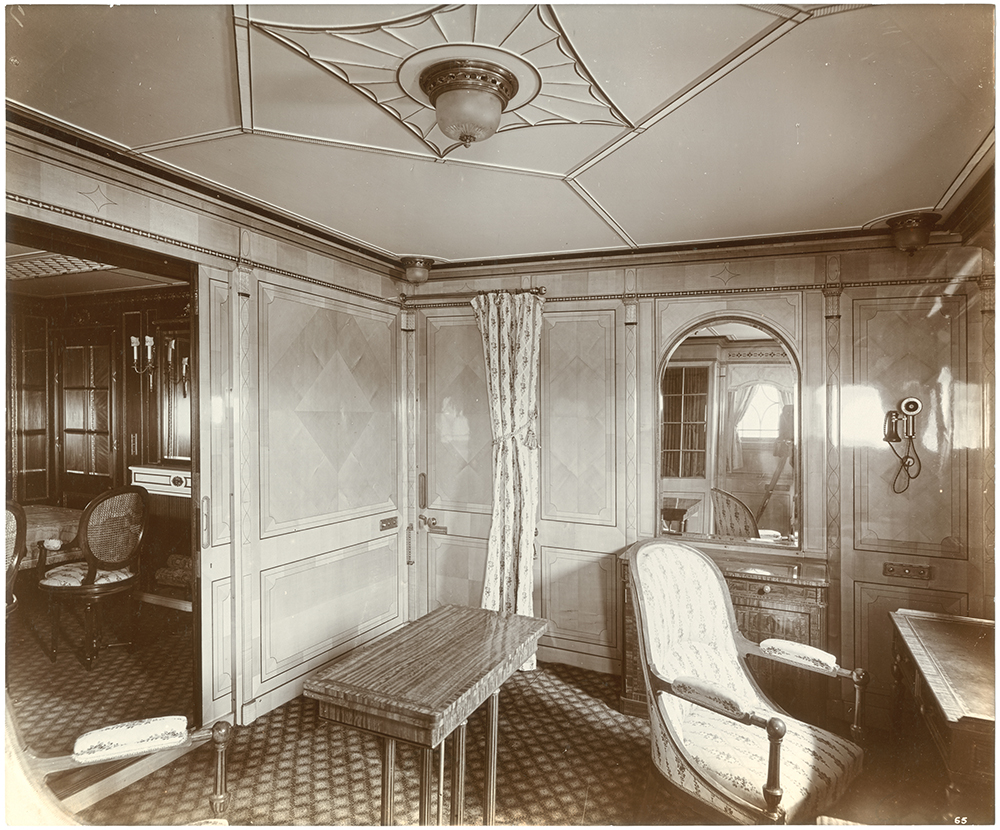 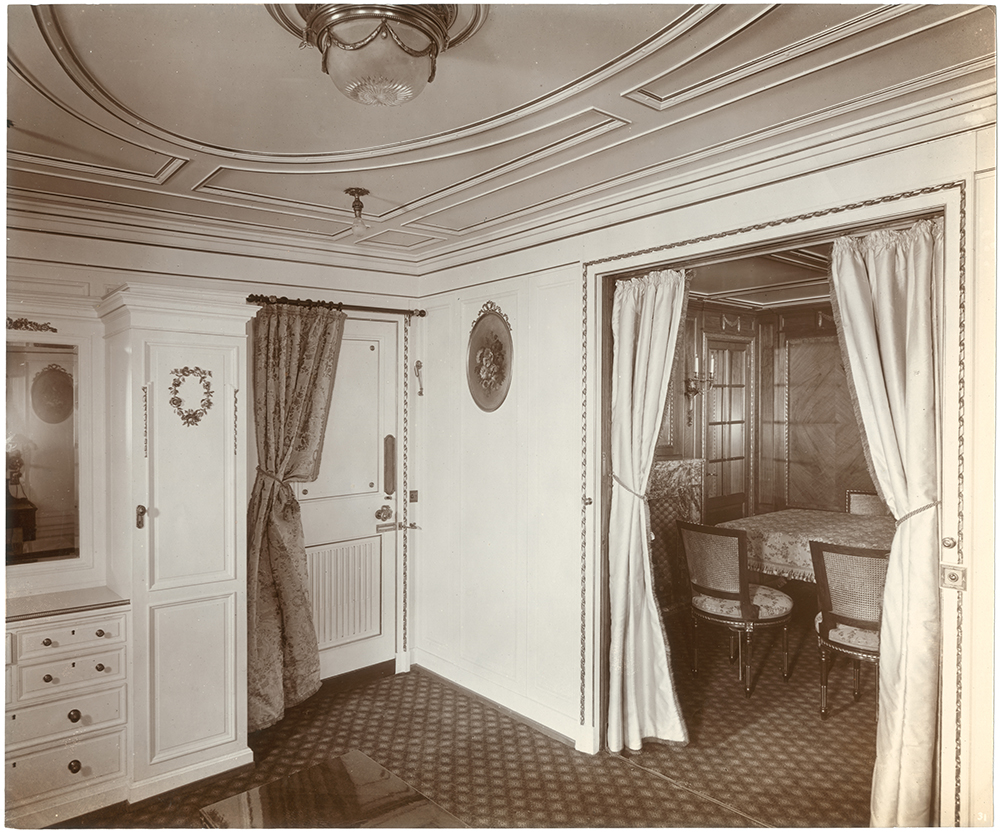 An officer atop the navigation bridge: 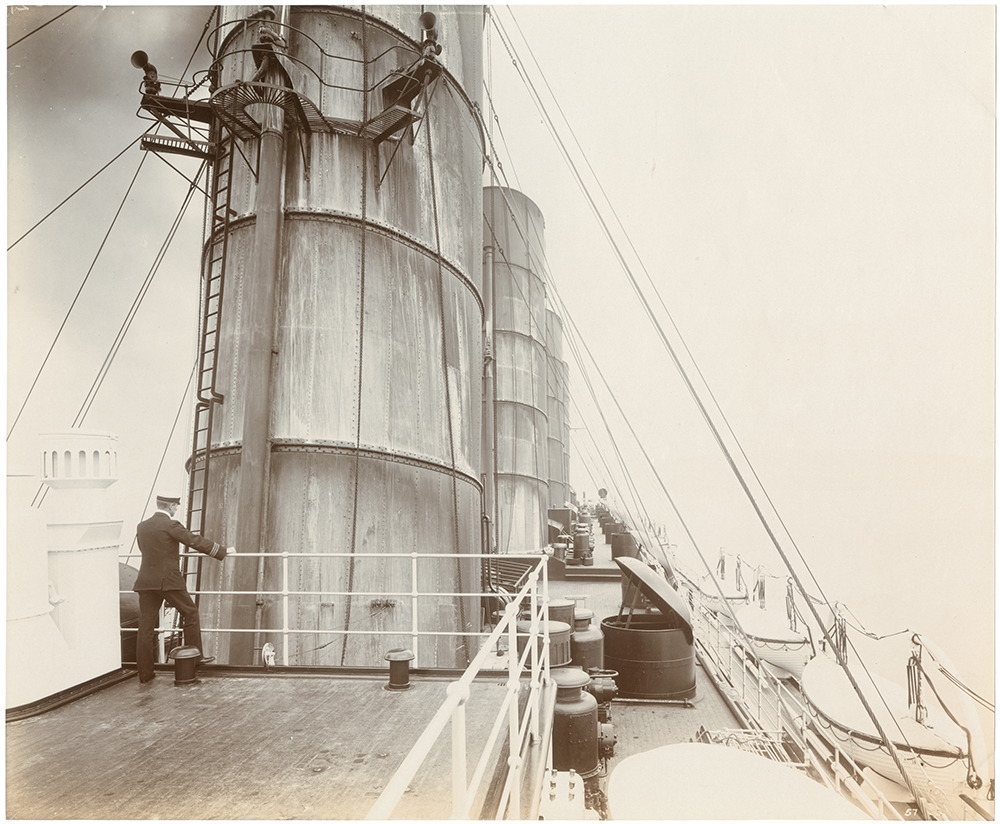 And finally — the navigation bridge 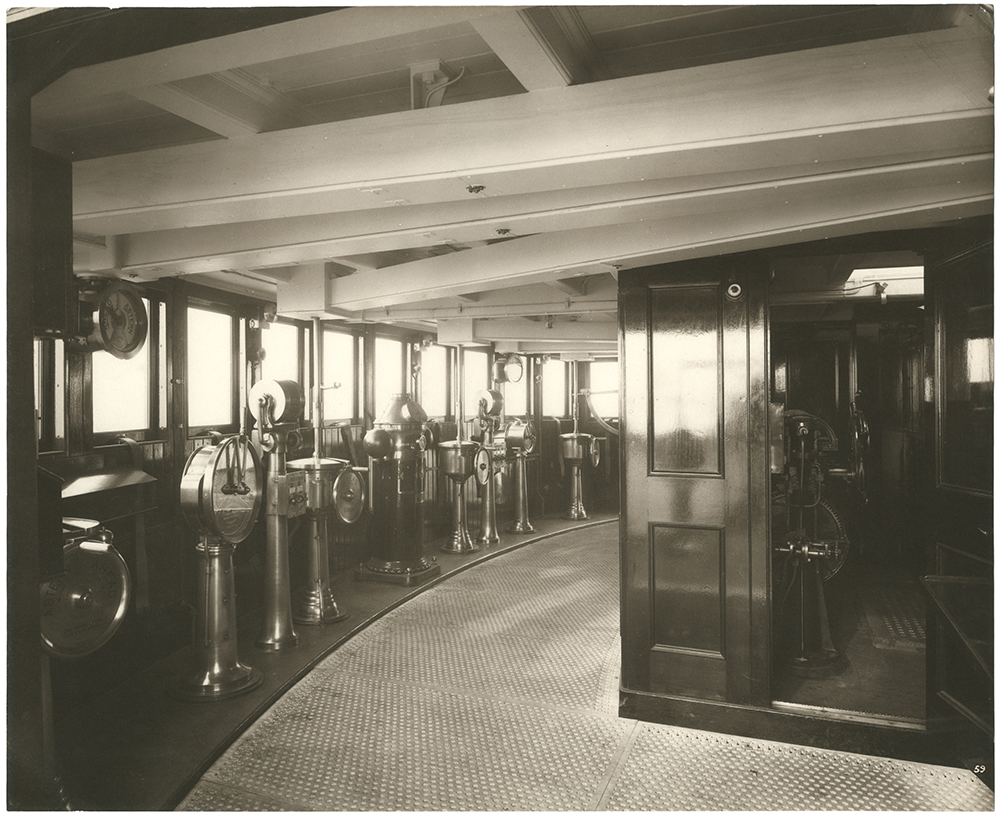