PODCAST What can you find on Governors Island? Almost 400 years of action-packed history! This island in New York Harbor has been at the heart of the city’s defense since the days of the Revolutionary War, and its story takes us back to the very beginnings of European occupation in America.

Its two fortifications — Castle Williams and Fort Jay — still stand there today, evidence of a time when New York was constantly under threat of attack and invasion. During the Civil War, these structures served as prisons for Confederate soldiers.

The rest of the island was a base for the U.S. Army for almost 150 years before ceding to the Coast Guard in the 1960s. Their community transformed the island into a charming small town, quite the contrast with the city across the water!

Today Governors Island has become an exciting park ground and events area, hosting art, music festivals and Jazz Age picnics. But its history remains evident all around. In this show, we head out to Governors Island for anÂ exploration of its magnificent story firsthand.

A view of Castle Williams and New York Harbor, painted in 1820

Another view of Governors Island, this time from Manhattan, a watercolor made in 1825

Governors Island in a photograph taken by Matthew Brady sometime during the Civil War.

Prince Louis of Battenberg arriving at Governor’s Island with Rear admiral Robley Evans during his 1905 visit to New York.

An illustration made in the 1910s laying out what Governors Island would look like after its landfill expansion. As you can see Liggett Hall has not yet been conceived!

Colonels Row, photo taken in 1913. This area pretty much looks exactly like this today!

Troop training on Governors Island, with Lady Liberty positioned neatly in the background. 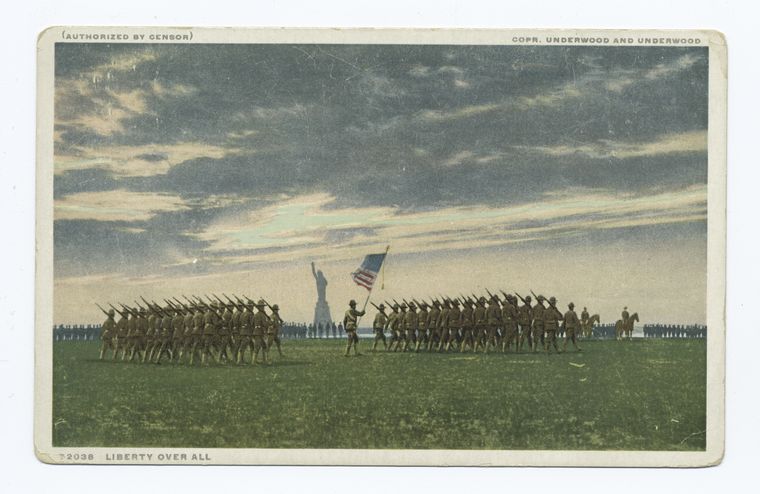 Here’s an interesting view of the south side of island from 1924.

Inside Castle Williams in the 1920s 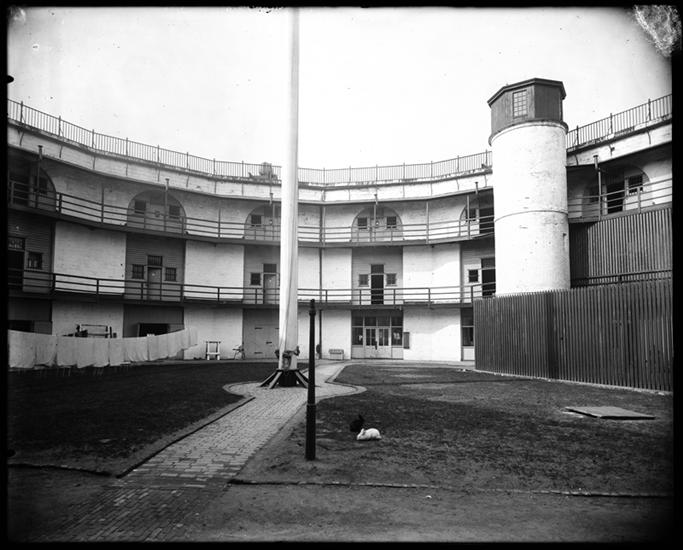 Governors Island made a striking contrast to the city even in the 1930s!

The exterior of Castle Williams in 1936, still serving as a disciplinary barracks at this time. 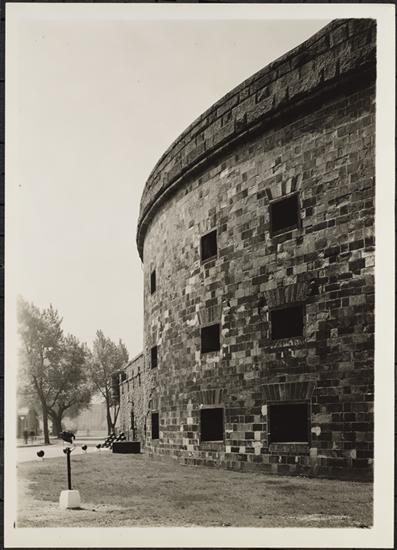 A beautiful engraving by Charles W. Beck of Manhattan from the vantage of the Governors Island shoreline (although it looks a bit too close if you ask me!)

Flying over Governors Island in 1937, the two forts in view and a clear dividing line seen between the old section and the new section of the island. 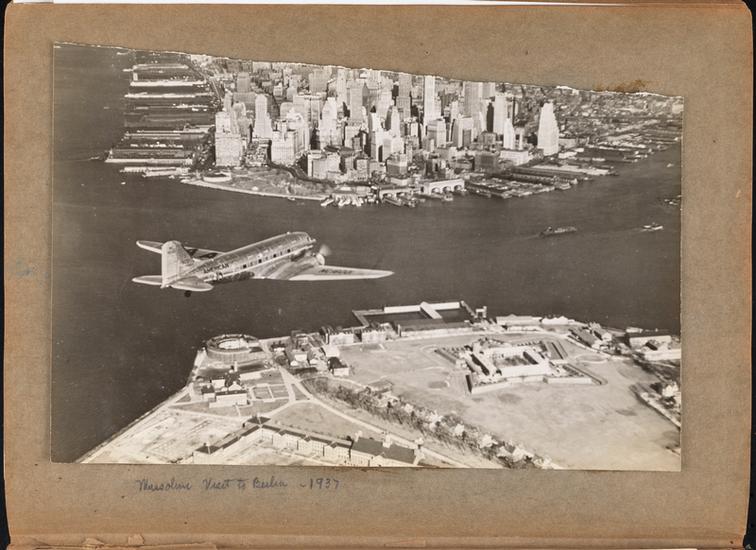 From the vantage of 60 Wall Street, looking south toward New York Harbor and Governor’s Island. Taken by the Wurts Brothers.

7 replies on “Adventures on Governors Island”

I really enjoyed this episode! My dad could have been one of the “old timers” you were looking for. He is from the west coast but fell in love with NYC on sight when he visited on a trip East in college for a riflery tournament in Maryland. When, upon joining the army after university, he got a chance to be stationed at Governor’s Island, he took it and was there in the late ‘ 50s. My parents still live in New York, but I don’t think he’s been back. After listening, I am encouraged to convince him to join me and his grandkids for a day trip on my next visit.

Kathy, the National Park Service on Governors Island would love to interview him and record his recollections of his time at Fort Jay and give him a tour of the place as it is today. Drop us a note at: http://www.nps.gov/gois/contacts.htm.

What are the chances … the one day I am in New York City with my family, we decided at the last minute not to go to governor’s island as planned because of the rain the night before and the Bowery boys are out there recording. Duh! Missed opportunity for us.

My late father was stationed on Governors Island in the late 1950s, when he was a helicopter pilot in the Army. I hoped to learn more about what life was like on the island during the Army years. All I know is he met my mother, a flight attendant living in Manhattan, and they’d save their few pennies to go to Broadway shows. Thank you for the background.

A couple of years ago, Leslie Koch, president of The Trust For Governors Island, gave a terrific talk on urbanism for the NY Creative Mornings lecture series. I thought this look at how they are using social observation and design to plan for the future would be an interesting companion to your wonderful walk through the island’s past!

I lived on the Island for three years. My dad was the Comptroller for Hq. 1st. Army at the time. I went to school at PS26. A child couldn’t ask for a better life. I am proud to be an Army Brat.

[…] a more detailed history of Governors Island, check out another podcast by the Bowery Boys. It is an entertaining and informative look at the past 400 […]