For a very brief period — likelyÂ just a single year — there was a female counterpart to the New York (Male) Giants. 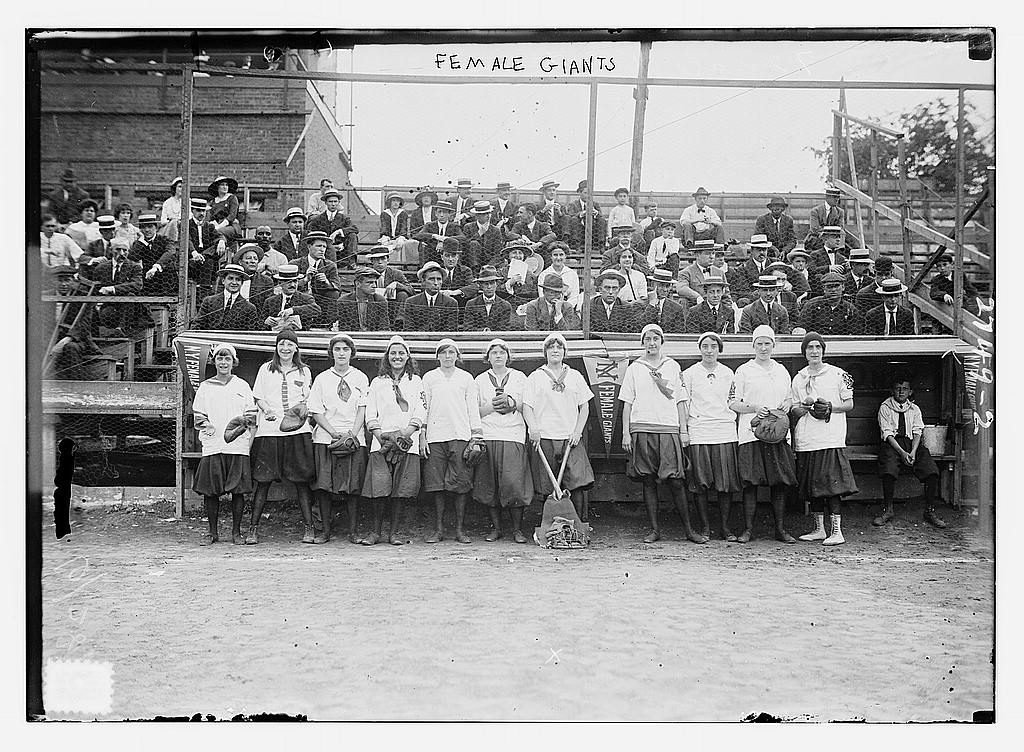 Early women’sÂ teams — called ‘Bloomer Girls’ — often had a few men playing alongsideÂ them. Â Occasionally thoseÂ men even disguised themselves as women as in a revealing case in the summer of 1913 in Washington DC: “Four thousand angry fans surged on the diamond in the old Union League baseball park this afternoon when they learned that the “Bloomer Girls,” who were playing against a team of young men, were not girls. The deception was suspected when the “girl” playing in centre field threw the ball from deep centre to the home plate.” [source]

(The All-American Girls Professional Baseball League, featured in the movie A League Of Their Own, would not be formed until the 1940s.)

The Female Giants don’t appear to be all women players either although there are noÂ disguises at least. The men featured in these pictures played with the New York Giants.

The female playersÂ were mostly girls from local high schools and women athletes from other fields of sports. Â Following her stint with the Female Giants, their captain Ida Schnall would head to Hollywood and become a silent film actress. She would later become an accomplished swimmer and an advocate for women’s sports, petitioning the National Olympics Committee to expand their offerings for women.Â Below: Ida in a glamorous pose 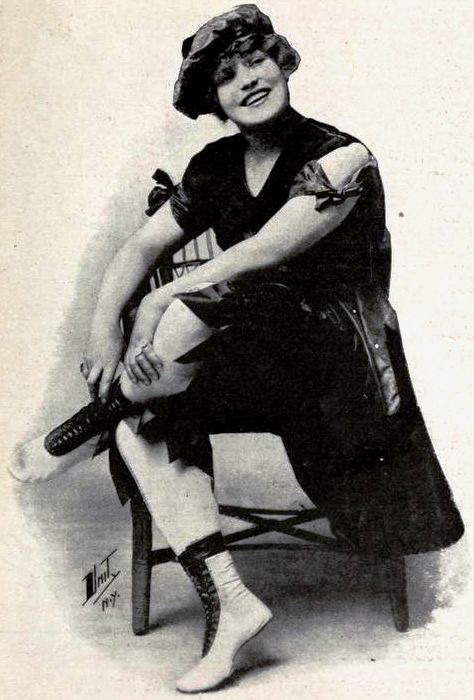 They broke up into two teams — the ‘Red Stockings’Â and the ‘Blue Stockings’– and played a notable exhibition game for almost 1,500 people on Sunday, May 25, 1913 at the Lenox Oval, a sports field at Lenox Avenue and 145th Street.

Below: A 1919 soccer game being played at the Lenox Oval

It seems their typical game schedule wentÂ unnoticed by the press which is probably a good thing. That May 25th game was written about by the New York Tribune in the following fashionÂ : “The batter hitched up her skirt. Â The pitcher nervously adjusted aÂ side comb. Girls will be boys, and the Reds and the Blues of the New York Female Giants were playing an exhibition game at Lenox Oval, 145th Street and Lenox Avenue.” [source]

Below: A catcher from the New York Giants, playing alongside a diminutive young player 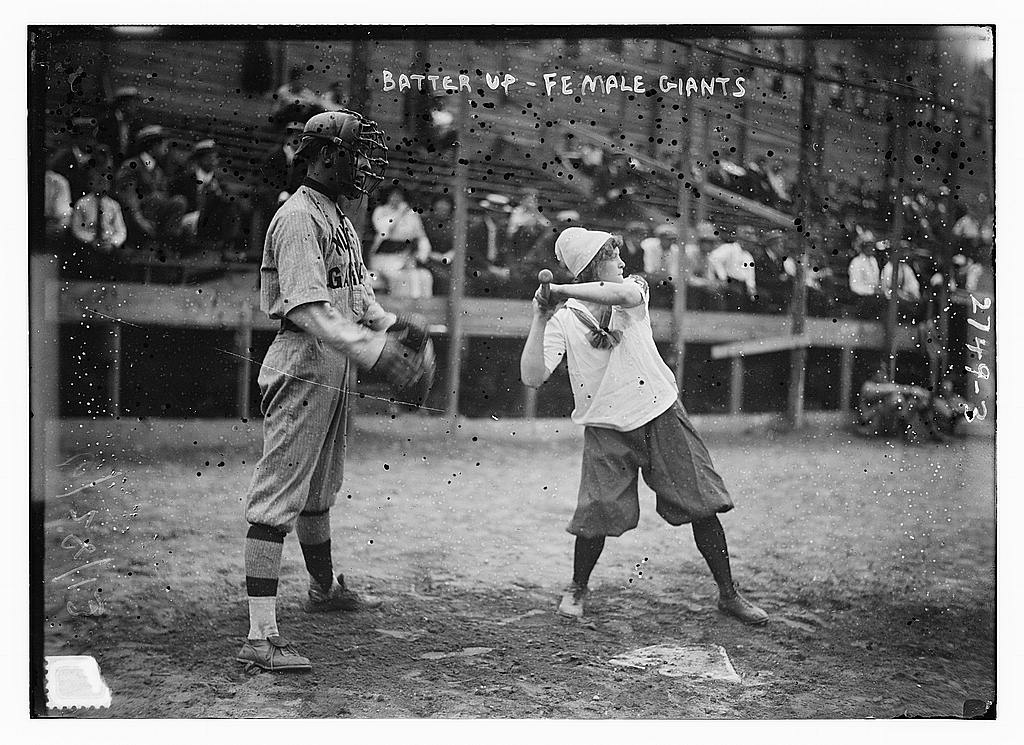 We know about this particular game because it got shut down by the cops. Â In the ninth inning, a detective stepped out onto the field and handed the third baseman — a 17 year old teenager named Helen Zenker –Â a subpoena to appear in Harlem court.

Due toÂ New York ‘blue laws’, teams were not supposed to legally sell tickets to aÂ baseball game on Sundays. While the women were indeed playingÂ a practice game, Helen had been caught selling programs. SheÂ claimed that no such sales activity had taken place; people were just giving her money, including the detective. [More details in this amusing New York Times article from 1913.]

Fortunately, the young Zenker (“seventeen, pretty, active, intelligent, and has the easy gait and springy step of the athlete”) easily charmed the judge, and the case was dismissed. [source]

The photos in this post obviously take place on another date as they’re wearing uniforms which they were not allowed to do on a Sunday. 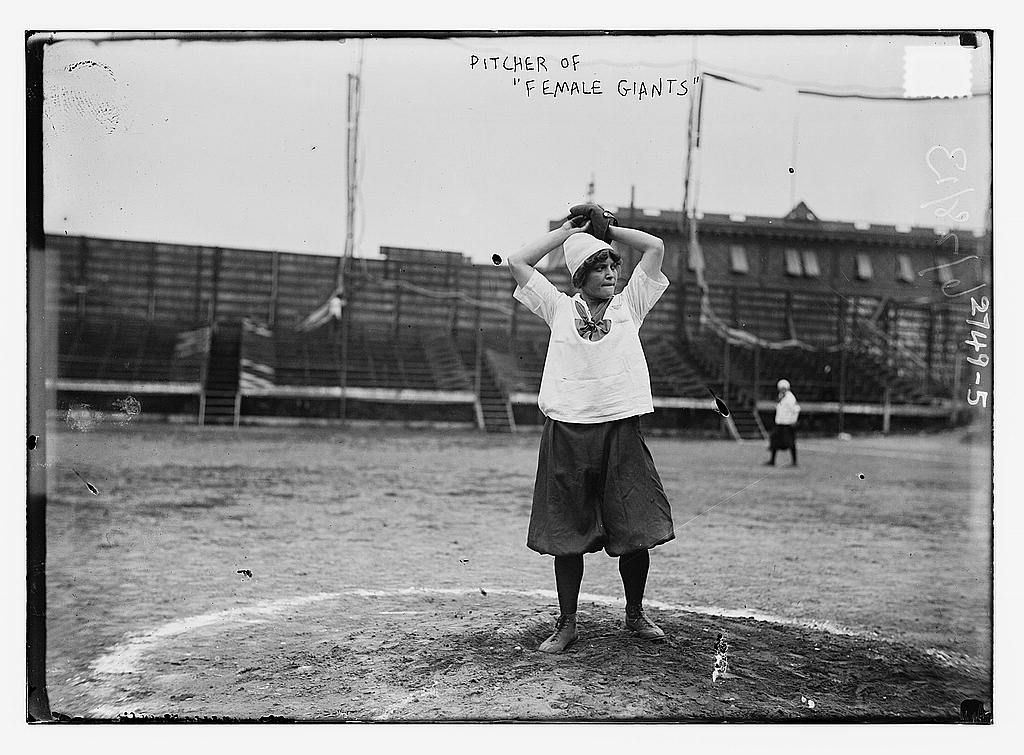 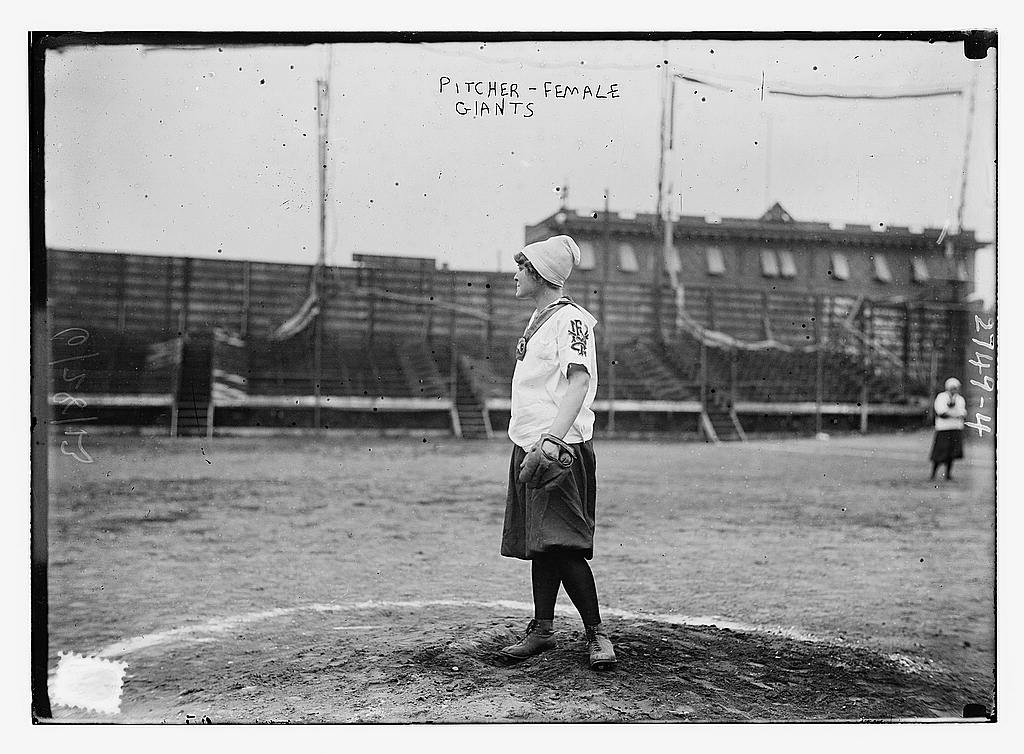 EDIT: After going live, I later included the line about theÂ All-American Girls Professional Baseball League and also to clarify that the team also featuredÂ adult women playing along with high schoolers. For instance, Ida Schnall, who went on to greater athletic fame, was 24 or 25Â at the time of the game described above.