In 1906, visitors to the Bronx Zoo observed a rather bizarre sight in the Monkey HouseÂ — the exhibition of a man in African dress, often accompanied by a parrot or an orangutan. 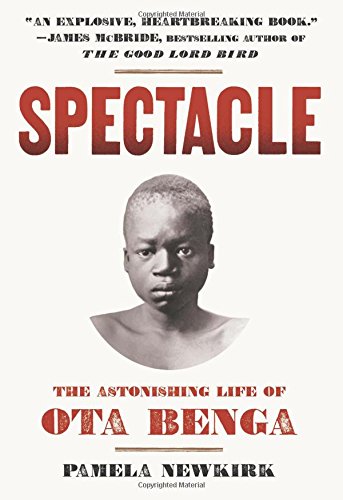 He is the subject of Pamela Newkirk’s engaging new book Spectacle: The Astonishing Life of Ota Benga, both a sincere ode to his tragic life and a contemporary accusation of the terrible forces that exploited him overÂ a century ago.

But the story is really about the ghost of Ota Benga.

He spoke little English and there are no accounts from his perspective. Almost everything we know is from the perspective of a jaundiced press and the glare of condescending authority. He wasÂ the subject of great fabrications over the years; the truth is almost impossible to extricate from hyperbole.

While hisÂ story is front and center in Spectacle, but he barelyÂ raises his voice. He never had one.

Ota Benga is probably not even his real name. And even then, it’s twisted and distorted mercilessly, sometimes by the man himself. (When he died in 1916, he was known as Ota Bingo.) Â In 1904 he was rescued from captivity in the Congo by the explorer and would-be scientist Samuel Phillips Verner.

This is probably true although Verner is an unreliable source, often changing his own biography to burnish his reputation in the science community. Â Verner was the product of his age, seeing Africans as inferior beings but seeing their continent as a source of revenue. Verner sought to profit handsomely from hisÂ ‘explorations’ both by currying favor with the Belgian King Leopold II (the ruthless leader who exploited the people of the Congo) and by snatching human specimens for display in America.

Ota Benga first arrived with a group of other men and boys for an exhibition at the 1904 St. Louis World’s Fair. Â People delighted at his mischievous nature and unusual appearance. His teeth were filed into points, a decorative trait that exhibitors (including Verner) proclaimed were the product of a cannibalistic nature.

Below: Ota Benga at the St. Louis World’s Fair with other men taken from AfricaÂ 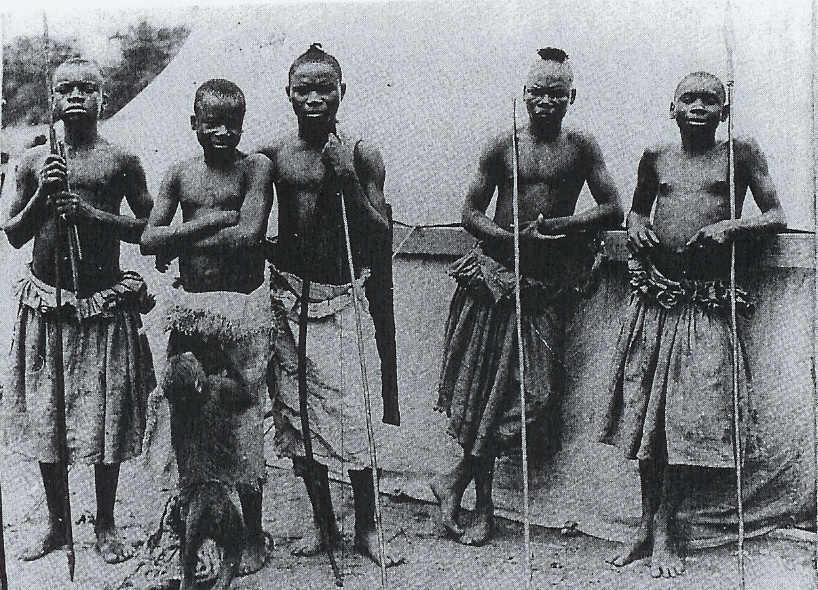 HeÂ went back with Verner to Africa only to arrive back in America by 1906 where he was placed in the care of the American Museum of Natural History. Ota Benga actually lived inside the museum, subject to more than a few indignities. “I have bought a duck suit for the Pigmy,” wrote Hermon Carey Bumpus, the director of the museum, to Verner. “He is around the museum, apparently perfectly happy and more or less a favorite of the men.”

Ota Benga’sÂ removal to the Bronx Zoo and subsequent display in the Monkey House has certainly been a blight to that institution’s history. The decision revealsÂ the outmoded and racist philosophies that pervaded scientific thinkingÂ of the day.

At best, Ota Benga was simply an object in an exotic diorama with audiences prodding him to do tricks. His humanity was barely considered. At worst, the exhibition lays bare the racism of the day in the most baldy sinister way possible, corroding even the most esteemed institutions of the day.

It’s a small relief to hear of the many criticisms the zoo received in the press back in 1906. Sanity soon prevailed and Ota Benga left the zoo to live in an orphanage in Weeksville, Brooklyn. 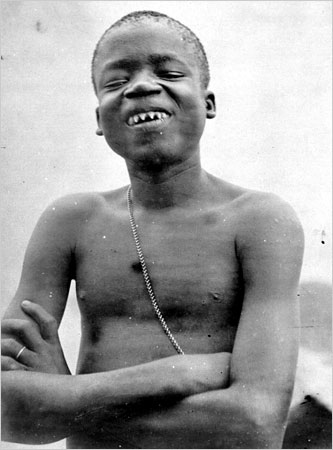 Newkirk gives theÂ life of Ota Benga a proper eulogy. She crafts an intriguing tale around the many uncertainties of his biography, sometimes even stopping to analyze his state of mind. Â I greatly credit the author forÂ parsing through volumes of inaccurate news reports in search of even the smallest grains of truth.

His storyÂ ends with an unsatisfying hollowness, outside New York and far from the Congo.Â Few in his life ever treated him as an equal. In fact, due to his size, he was frequently treated like a boy, although he mostly like ended his life in his early 30s. Â He never found a place to fit in.

There’s only a single moment in the book where Newkirk lets us in on his marvelous potential, on a life that could have been under more fair and enlightened circumstances.

He becomes, for a moment, “a father figure and hero” to a group of small African-American boys in Lynchburg, Virginia. Â “In Benga they found an open and patient teacher, a beloved companion, and a remarkably agile athlete who sprinted and leaped over logs like a boy. And with his young companions Benga could uninhibitedly relive memories of a lost and longed-for life and retreat to woods that recalled home.”

Other recently reviewed books on the Bowery Boys Bookshelf:

2 replies on “‘Spectacle’: The Story of Ota Benga”

When the museum director mentions that Ota Benga had a ‘duck suit’, I think he meant a suit made of duck canvas material, not a suit that looked like a duck. It makes this story only a tiny bit less weird and disturbing.

His being in the monkey cage spearheaded, if you will, the birth of the NYCHA Project concept.

Nothing weird or disturbing at all.