PODCAST The history of the New York City taxicab, from the handsome hansoms of old to the modern issues facing the modern taxi fleet today.

In this episode, we recount almost 175 years of getting around New York in a private ride. The hansom, the romantic rendition of the horse and carriage, took New Yorkers around during the Gilded Age. But unregulated conduct by — nighthawks — and the messy conditions of streets due to horses demanded a solution.

At first it seemed the electric car would save the day but the technology proved inadequate. In 1907 came the first gas-propelled automobile cabs to New York, officially — taxis — due to a French invention installed in the front seat.

By the 1930s the streets were filled with thousands of taxicabs. During the Great Depression, cab drivers fought against plunging fare and even waged a strike in Times Square. In 1937, Mayor Fiorello LaGuardia debuted the medallion system as a way to keep the streets regulated.

By the 1970s many cabdrivers faced an upswing of crime that made picking up passengers even more dangerous than bad traffic. Drivers began ignoring certain fares — mainly from African-Americans — which gave rise to the neighborhood livery cab system.

Today New York taxicab fleets face a different threat — Uber and the rise of private app-based transportation services. Will the taxi industry rise to the challenge in time for the debut of their taxi of tomorrow.

Top picture: Photo by Albert Fenn/Office of War Information, Cleaned up image courtesy Shorpy (Get a print of it here) 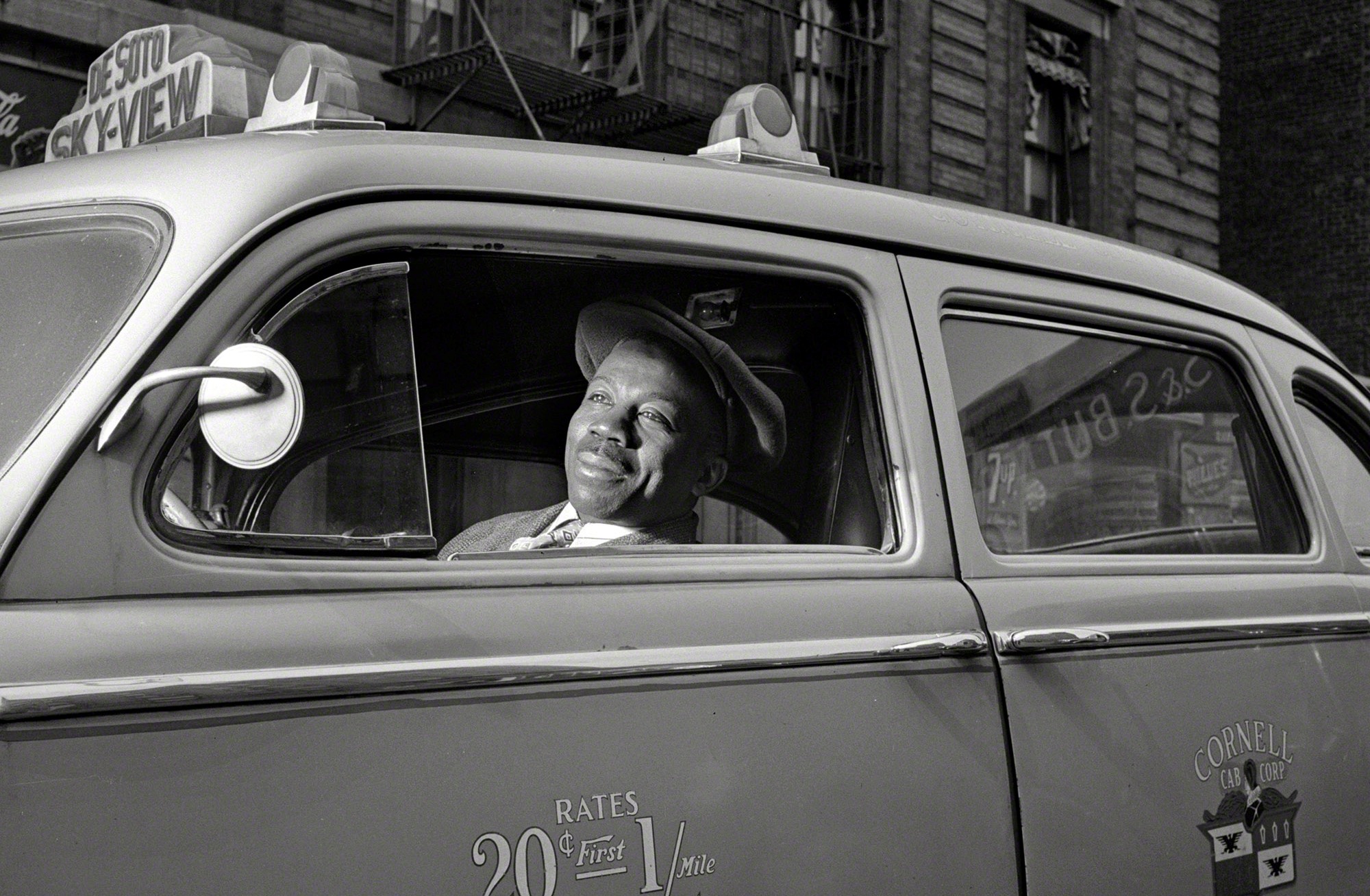 A snugly dressed cabbie awaiting some fares at the Battery Park elevated train station — 1895. Note that the poor horse too is swaddled up for a bad winter.

A hansom cab from 1906. This was still the dominant cab ride in New York during the period despite the introduction of the ‘horseless carriage’ onto the city streets.

A fleet of electric cars in 1896, and a couple Electrobats in action outside the Metropolitan Opera House 1898. Compare these with the picture of the hansom above.

A view of the bustling street life of Herald Square, 1935. The horses are off the street but there are many other kinds of transportation options joining the taxicab.

A row of Checker Taxis, sitting idle during a taxicab strike in 1940.

Some vivid 1960s photography by Ernst Haas capturing the mystery and allure of the New York taxi. 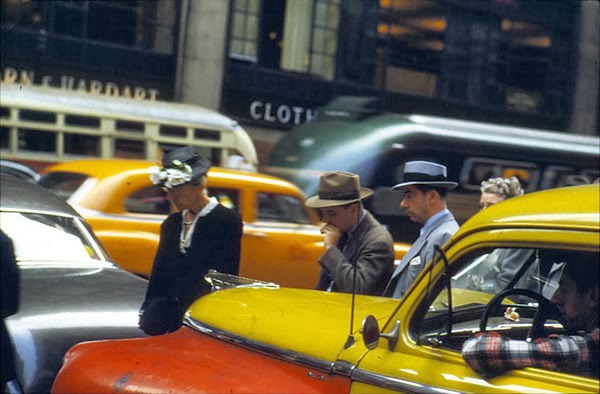 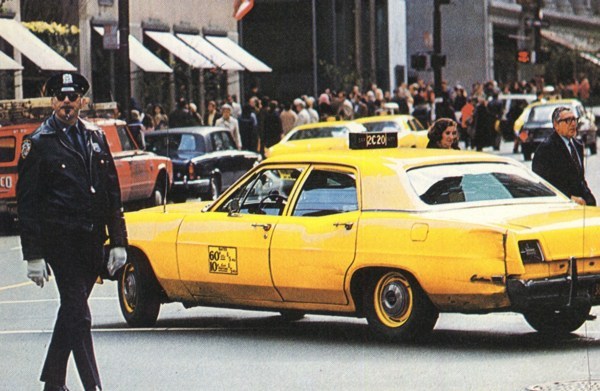 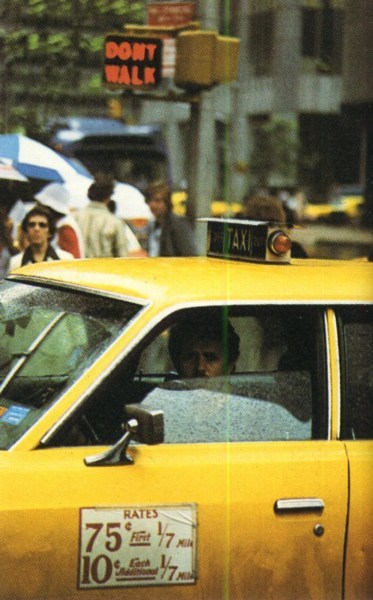 8 replies on “TAXI: A History of the New York Taxi Cab”

You guys absolutely killed it with this podcast. Great subject and well done.

Totally unreal and so professional. I drove a cab in 1970 since I couldn’t get a job as a college grad due to draft status. Best experience ever! Picked up Otto Preminger who I met while he gave a speech at my college. I mentioned when he entered how I met him a year or so ago and he said: “that’s your problem just drive the cab!” Still love that guy!

[…] Ironically, this trend is history repeating, where during the Great Depression, taxi drivers flooded the streets of New York in the 1930s, eventually leading to the imposition of NYCâ€™s taxi medallion […]

Great article Brian – loved the photos and didn’t realise that it was in 1907 that the first gas-propelled automobile cabs came to New York, i thought it was later than that – you learn something new every day!

This is an awesome article
I drove a taxicab in 1994.
Today the taxi industry is hurt by the flooding of inexperienced drivers from Uber and Lyft.
Even the chauffeur car business is hurt from this new gig economy.

I am researching my family background on MyHertiage.com. A NY 1930 census document lists my grandfather as a taxi driver. What type of car or cars might he have driven? Thank you!