ARCADE CLASSICS, the latest show at the Museum of the Moving Image, pulling from the museum’s regular collection of video arcade games, is indeed an all-star line-up ofÂ classics. But without theÂ fussiness of an actual arcade. (For one, the experience is at pleasant decibels.)

The machines will mostly be familiar to anybody who identifies as Generation X, devices of digital merriment released mostly between 1979 and 1984. Asteroids, Pole Position, Defender, Missile Command, Dragon’s Lair, Tron — they stand as sentinels in a Hall of Justice, evenly spaced throughout the third floor. The idea is to remove the machines from the arcade environment just enough so that you become appreciative of their whole artistry, the unity — from the sleek digital landscapes to the cabinet design. On that point, the show is a complete success. 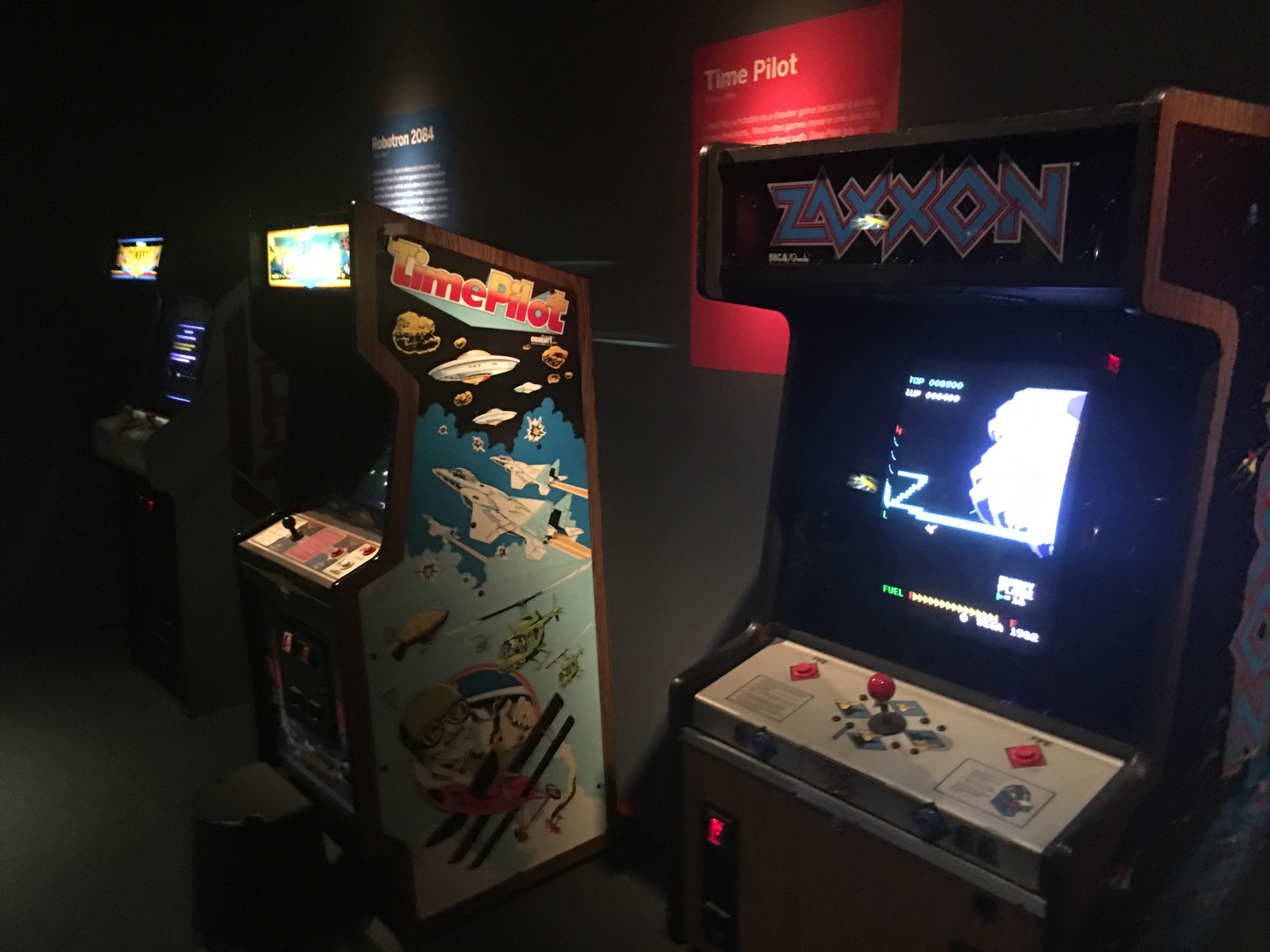 Luckily, you can play most of the games — you get a few complimentary tokens and there’s even a token machine if you want to play more Â — Â and the echoes through the chamber will certainly bring back childhood memories, even if the presentation is far more austere.

Today a gallery exhibit on video games hardly seems risky. After all these machines areÂ precursors to an entire universe of modern digital images and were themselves influential to later art and fashion.

But the exhibit recalls the Museum’s first attempt at a major retrospective on video game design — 1989’s Hot Circuits, A Video Arcade, considered to be the first-ever video game museum exhibition.

At the time, the ‘video game craze’ — fueled by Space Invaders beginning in 1978 — was a decade old. Most of the consumer focus on video games was on home consoles. The Game Boy, the portable gaming device that would revolutionize game portability, Â debuted on the market a couple months before the exhibit opened.

The New York Times write-up on the exhibition focuses mostly on the difficulty curators had in locating games that were intact. Â “[A]ssembling the exhibition became a yearlong detective story that drew museum curators to arcade warehouses, motel storage areas and basement recreation rooms.

A video game retrospective for a population obsessed with Pokemon Go and Call of Duty seems likeÂ an obvious notion. But the ideaÂ seemed less obvious in 1989. The Museum’s founding director Rochelle Slovin confessed, “On a general level, I knew that video games were not, as many dismissed them, a trend or fad, but on the contrary, the beginning of something significant. ExactlyÂ what, I wasn’t sure.”

Slovan’s original remarks on the show focus on early video games’ similarities to silent film and an appreciation for the elegantly observed artistic choices of the early games.

While stodgier museum goers might have been downright confused byÂ Hot Circuits, it did broaden the Museum’s focus almost immediately into further exploration into digital media. Indeed, in 2016, as you pass the admissions desk into the museum, you will pass a flamboyant wall display on the The Reaction GIF: Moving Image As Gesture. Michael Jackson will eternally eat popcorn and Homer Simpson will continue to sink into the bushes as you enjoy yourself with the digital delights upstairs.

ARCADE CLASSICS, at the Museum of the Moving Image (in Astoria, Queens) runs until September 18. Visit the museum website for more information on the exhibit and visiting hours.