DUMBO, for Down Under Manhattan Bridge Overpass — a stretch to create an geographic acronym if there ever was one — is not the only neighborhood named by a bridge which passes by, through, or over it. It might be obvious but the neighborhood of Kingsbridge in the Bronx is named for an actual bridge, and the King’s Bridge at that.

The Spuyten Duyvil Creek, that short, narrow span of water that separates the far north edge of Manhattan from the west side of the Bronx, has vexed travelers for hundreds of years, due to choppy waters and devilish legends. One translation of its name has traditionally been ‘Devil’s Spout’. Folklore sent Anthony Van Corlaer to his death here. (Listen to our old Haunted Tales podcast for more information.)

Below: Marble Hill in the year 1900, an undeveloped parcel of land which was cut from Manhattan via a canal and eventually joined the mainland. 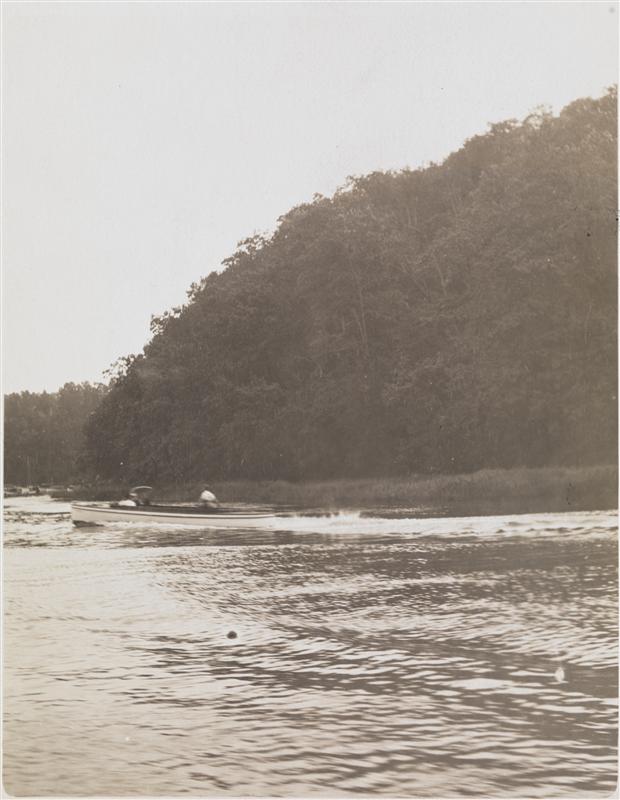 In the past 150 years, the course of this waterway has been re-routed, shut off and landfilled to accommodate needs of Harlem River shipping traffic. In fact the neighborhood of Marble Hill, once a part of Manhattan island, has been affixed to the Bronx by drilling a canal though its southern part (in 1895), then filling in the Spuyten Duyvil to its north (in 1914). This disembodied nub of Manhattan is still administratively considered part of the island.

But it’s not Marble Hill we’re looking at here, but rather the neighborhood to its east, Kingsbridge. Way before the Spuyten Duyvil was filled in, the creek posed a challenge for early Dutch farmers wishing to transport their wares into the city markets. However it was narrower than trying to attempt a crossing of the far-broader Harlem, and many farmers used their own boats to get across.

The earlier inhabitants of the land, the Lenape, simply used canoes when they wished to pass across it; it was at this spot that a well-trodden Indian trail led into the wilderness beyond. By the time of the Dutch, this path had been turned into a workable road. It would eventually become part of the Boston Post Road — appropriate the mail delivery route — which led into New York to the south and up the Albany to the north.

In 1669, in those tentative years of England’s early occupation of the former New Netherland colony, one enterprising Dutch farmer Johannes Verveelen set up a pay ferry service, at the area of the former creek today situated at 231st Street and Broadway — both to serve those who didn’t have their own vessels and to monetize those who had previously preferred their own.

This would be fine for awhile, until greater number of travelers to and from New York on the post road commanded that a more permanent solution be found. 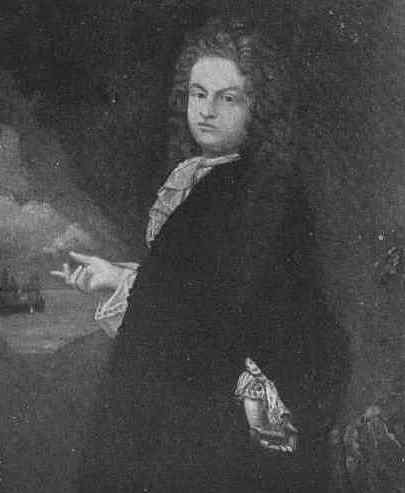 Enter wealthy adventurer and servant to the crown Frederick Philipse. The enterprising and ambitious Dutchman (his original name was Flypsen) came to New Amsterdam in the 1650s and stayed for the transition into New York. He then married into money and soon became the wealthiest man in town, thanks partially to the slave trade.

He soon acquired an estate (or rather, “hunting ground”) encompassing land between the Spuyten Duyvil creek and the Croton River further upstate.

He built a lavish home here — the Manor of Philipsburg — with breathtaking views of the Hudson.

Several buildings from the original Philipsburg Manor property still stand in the Hudson River Valley, including the Philipse Manor Hall, built in 1682.

As author Stefan Bielinski explains, Philipse “was essentially a merchant with mercantile liaisons extending to several continents, but although  he had acquired land for speculative purposes, he also hoped to one day generate the flour, grain, and other products which his own ships would then carry to the worldwide marketplace.” Of course he would “generate” these goods with the help of slave labor.

This land once had been owned by Lenape and later by Adriaen van der Donck, the Dutch lawyer who apparently met an unfortunate end. Now these thousands of acres were part of a wealthy lord’s estate, part of a vast area that would later become the western Bronx and Yonkers.

Of course, in the southern part of his estate, there was that pesky road — that former Lenape road — that abutted his property, heavily trafficed with people crossing at the creek. No matter. In 1693, he built a bridge — the King’s Bridge as it was “established by royal grant“ — and charged a fee, payable to the crown.

The bridge was the only legitimate way to cross the river, the only way to deliver goods to Manhattan from the mainland. Naturally this monopoly was soon poorly received by local farmers who wanted to sell their bounty in the profitable New York markets down south.

Philipse’s toll bridge can be seen as a physical representation of the later unrest between England and the colonies. Philipse and his descendants were faithful to the English; his great-grandson would still own the property during the Revolutionary War and would flee when the British were kicked out in 1783.

A plaque on nearby St. Stephen’s United Methodist Church commemorates both Verveelen’s ferry service and the site of the original King’s Bridge. Pictured here in 1932.

Many decades later, a mild form of protest was practiced by neighboring farmers Benjamin Palmer and Jacob Dyckman, who built the aptly named wooden-plank Free Bridge in 1758, at around 226th and Broadway, with funds contributed by other perturbed locals.

This rebellion was celebrated with a wild feast, an ox roast, “thousands from the city and country …. rejoiced greatly.”

Palmer was the man responsible for developing City Island just three years later.  Dyckman attempted to profit from the bridge by building a nearby tavern, later sold and known as Hyatt Tavern. The bridge was burned down by British soldiers in 1776, but they left the tavern still standing.

Below: Map showing the location of the King’s Bridge approximate to where the Free Bridge (or Dyckman’s Bridge) was. Â

As for the King’s Bridge, according to author Stephen Jenkins, it had fallen “into disuse, the gatekeeper gave up his position, and Colonel Philipse [great-grandson of Frederick] had to advertise for a new lease; from this time forth, it was virtually a free bridge also.”

It too was eventually destroyed — by Washington’s forces, as they fled in 1776 — but was rebuilt after the war, as was the Free Bridge. The pictures of the King’s Bridge you see in this post are of the rebuilt bridge.

The community that developed around King’s Bridge, losing the space and the apostrophe, was officially part of Yonkers until the city of New York annexed it in 1874, years before the creation of the Bronx borough.

A map from 1867 showing King’s Bridge in the southern portion: 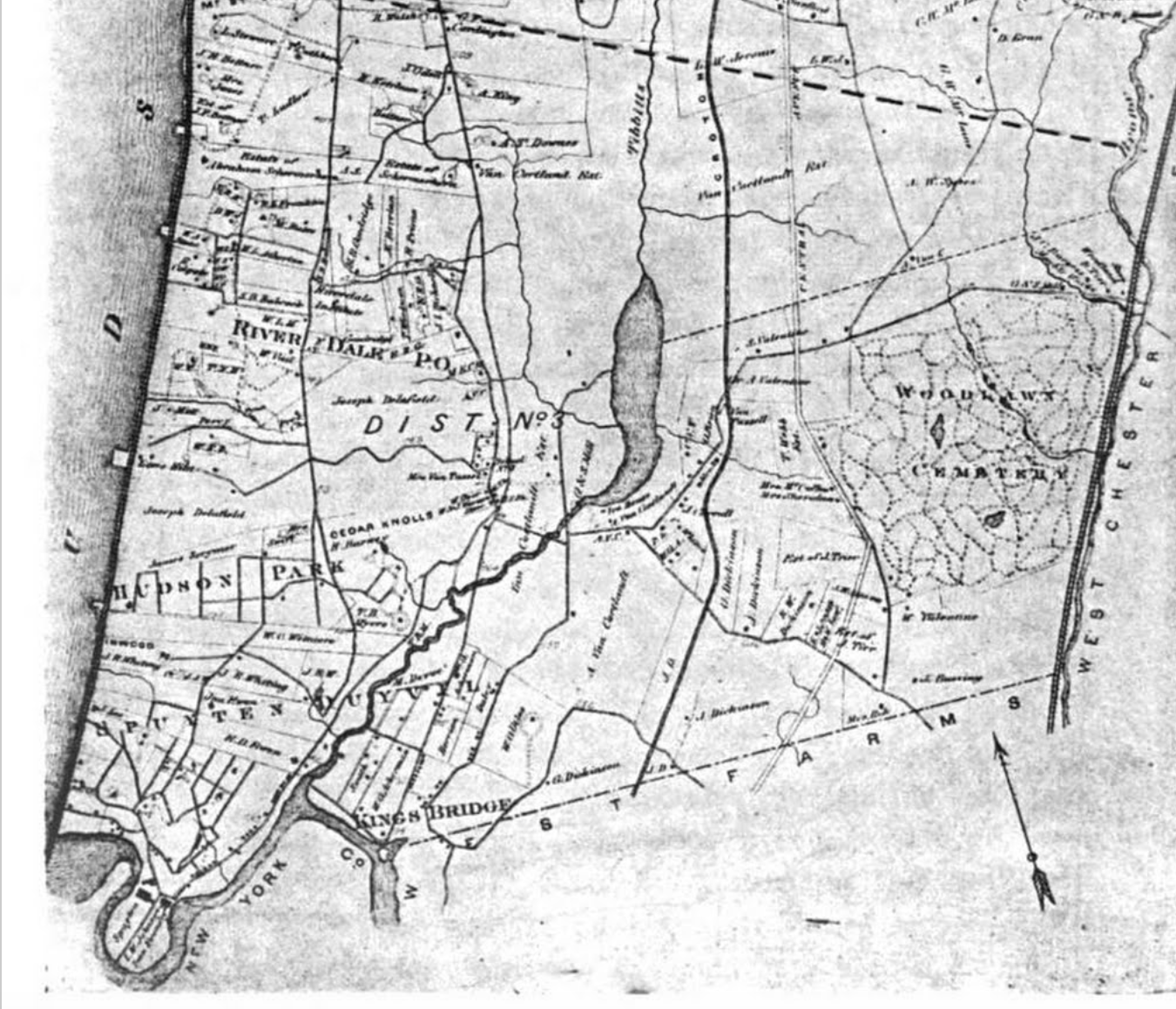 With the filling in of Spuyten Duyvil Creek in 1914, the city not only created this strange quirky place called Marble Hill, they also apparently buried the bridge without dismantling it. It may still technically exist under the roadway at 230th Street and Broadway. Is this a historic legend or does a little piece of old New York still reside in the neighborhood of Kingsbridge?

This article is based on an article I wrote back in 2010. You can see the original here.

5 replies on “Kingsbridge, the Bronx neighborhood with royal connections”

Thank you for this! I live in Marble Hill and have always been interested in its history. You have pulled all of the “tidbits” together in one place.

born and raised there very interesting,lotta history there.

My paternal grandmother lived at 3150 Kingsbridge Terrace from 1925 until 1965. As a child she told me about a skeleton that was found when large pipes were put in around Kingsbridge in the 1920s. From the buttons found in the grave the skeleton was that of a British soldier killed at the beginning of the Revolution as the British chased the Continental Army up to Westchester.

Being raised in The Bronx (Fordham Village)… If you were to check My Genealogy geni.com/path/Alfred-Ed-Moch-Cota+is+related+to+Frederick-Philipse?from=6000000002787387582&to=6000000000986388435 it becomes obvious The Family Associations that live along Old Historic Kingsbridge Road back in those days.