We’ve received such an overwhelming positive response to our Bronx history podcast — and we’re just at Part One. You may know a few things about 20th century Bronx history, but it’s so important to familiarize yourself with the early storiesÂ as well. Almost all of these storiesÂ figure into the creation of the modern Bronx and will help shape the borough’sÂ future.

But there’sÂ need to wait for us to release Part Two next week. There are many institutions in the boroughÂ where you can experience the early history of the Bronx firsthand. May we suggest planning an afternoon adventure around a visit to these places? (NOTE: It’s always a good idea to call ahead before planning a visit. Some of these locationsÂ often host private events.)

For reasons which will become obvious, late summer and autumn are the perfect times to visit some of these sites. You’ll see why many people consider the Bronx to be the most beautiful borough in New York City. 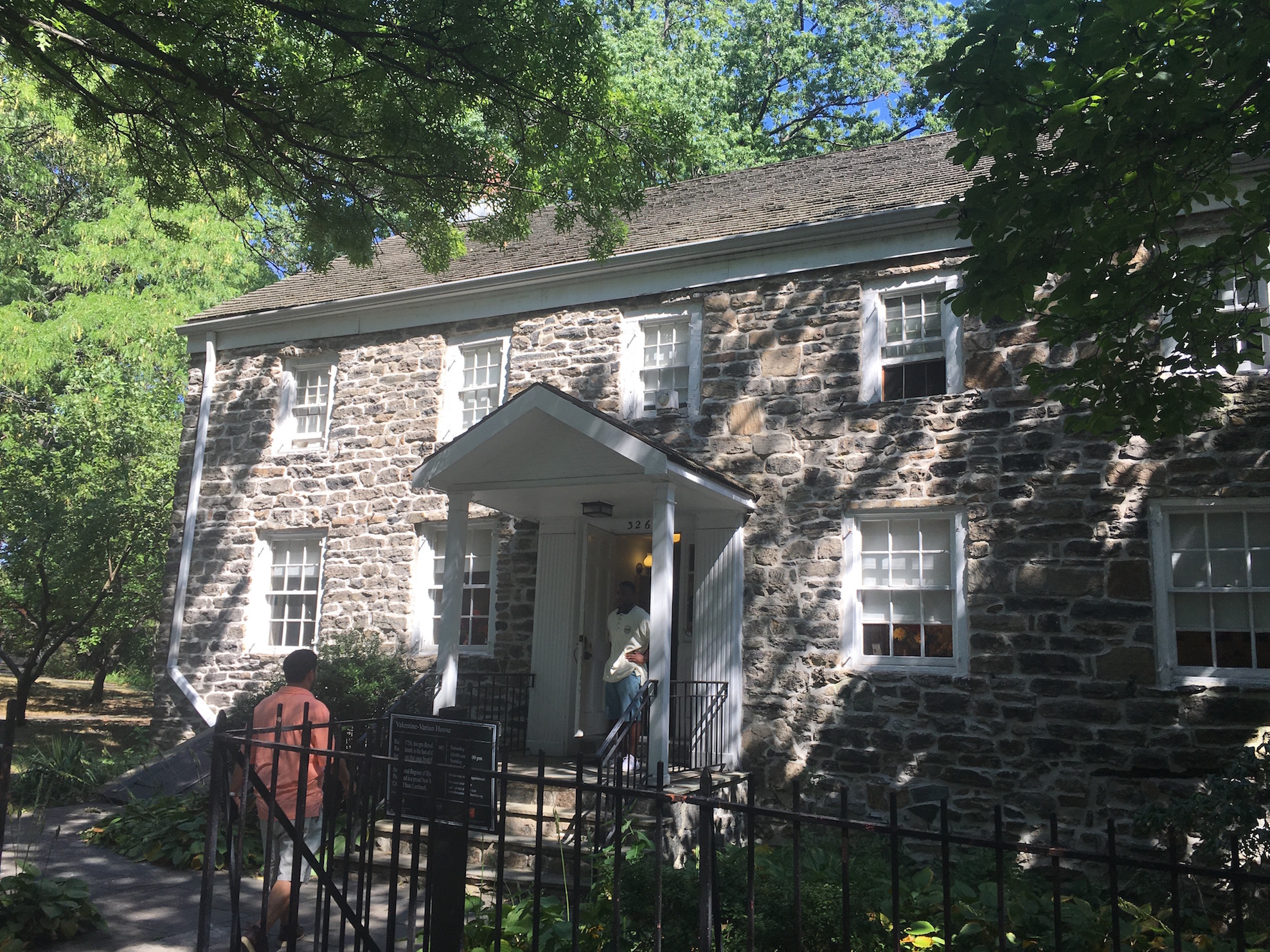 Start an exploration into Bronx history here, a non-profit organization located in the Valentine-Varian House, the oldest farmhouseÂ in the Bronx (from 1758). As is the way with historical homes,Â thisÂ structure once owned by the family of New York mayor Isaac Varian and Bull’s Head Tavern owner Richard Varian was actually moved to its present location in the Williamsbridge Oval back in 1965. Inside you’ll find a complete display of exhibits and examples of colonial life in the Bronx.

LOCATIONÂ 3266 Bainbridge Avenue, Norwood, the Bronx
WHY YOU SHOULD VISIT SOON A specialÂ exhibition (open until October 9) explores the history of Westchester Town,Â one of theÂ earliest settlements in the region. We recommend pairing a visit to the home with a trip to New York Botanical Garden, just a short walk down Mosholu Parkway.
HOURS AND ADMISSIONÂ Saturday 10AM-4PM; Sunday 1PM-5PM,Â $5 per adult, $3 for students, children and seniors
HOW TO GET THERE BY SUBWAY — The D train to East 205th Street or the 4 train to Mosholu Parkway 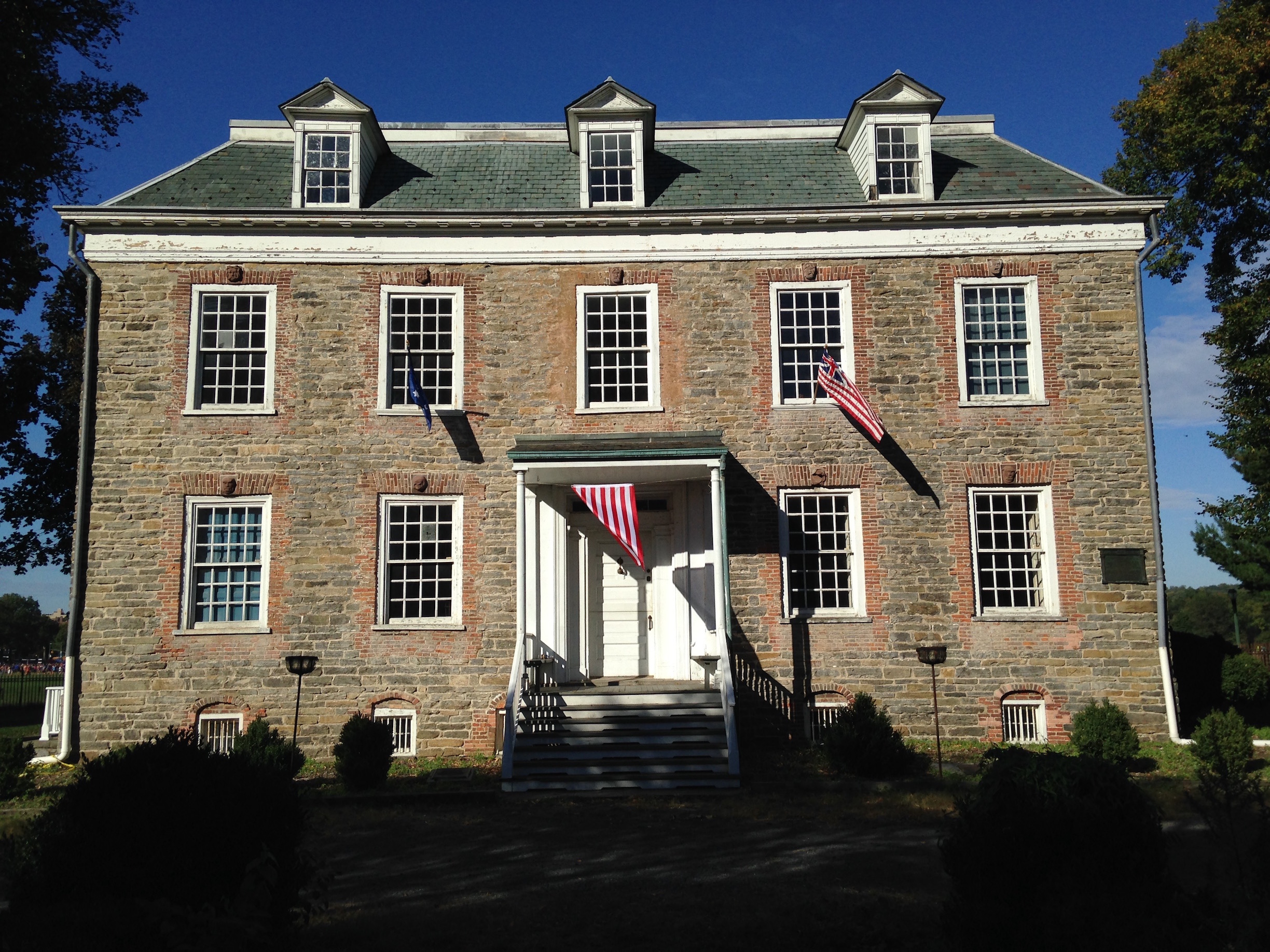 Few places in New York feel as authentically connected to the era of the Revolutionary War as the old 1748 home of the Van Cortlandts, sitting within the family’sÂ former estate in the park named after them. Depending on the time you get there — call ahead just to be sure they’re open — you’ll take a guided tour (perhaps even with a costumed guide) or have the opportunity to explore the house yourself.

LOCATION 6036 Broadway, Van Cortlandt Park, the Bronx
WHY YOU SHOULD VISIT SOONÂ The park is popular with joggers and sports fans, so you may want to join in the fun after a visit. Plan a trip here on the same day you go to Wave Hill.
HOURS AND ADMISSIONÂ Tuesday-FridayÂ 10AM-4PM; Saturday and Sunday 11AM-4PM,Â $5 per adult, $3 for students, children and seniors, free on Wednesdays
HOW TO GET THERE BY SUBWAYÂ — The 1 train to the last stopÂ WestÂ 242nd Street 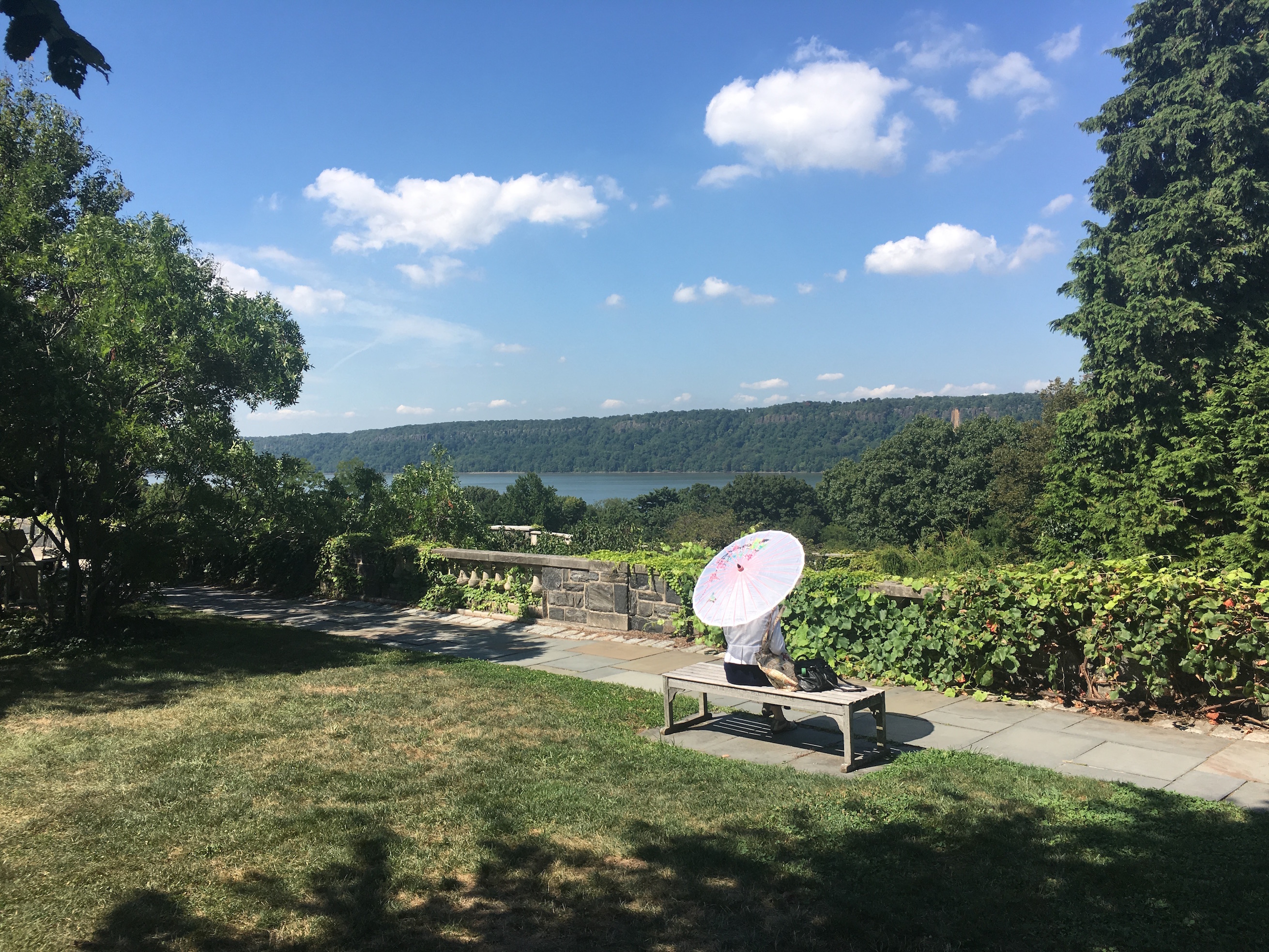 This is your home now! Well you can at least fantasize that this sumptuous 1843 mansion — and its 1927 companion GlyndorÂ — is yours as you stroll the property, looking out at the splendid view of the Hudson River and the Palisades. The feeling of calm and isolation Â you get from an afternoon here is almost impossible to find in the five boroughs.

LOCATION 649 W 249th St, Riverdale, the Bronx
WHY YOU SHOULD VISIT SOONÂ They encourage you to take your shoes off and walk in the grass. The already-gorgeous surroundings become even more extraordinary starting in the early fall. Perfect day-trip with the Van Cortlandt House MuseumÂ (see above)
HOURS AND ADMISSIONÂ Tuesday-SundayÂ 9AM-5:30PM; $8 per adult, $4 for students and seniors, $2 children +2 (Parking is available)
HOW TO GET THERE BY SUBWAYÂ — The 1 train to the last stopÂ WestÂ 242nd Street. A free Wave Hill shuttle van meets passengers on the west side of Broadway in front of Burger King (!) at 10 minutes past the hour, from 9:10am to 4:10pm. The shuttle van returns visitors to Broadway in front of Burger King, departing Wave Hillâ€™s front gate on the hour, from 10am until 5pm. (You can also get here via Metro-North Railroad. See website for more information.) 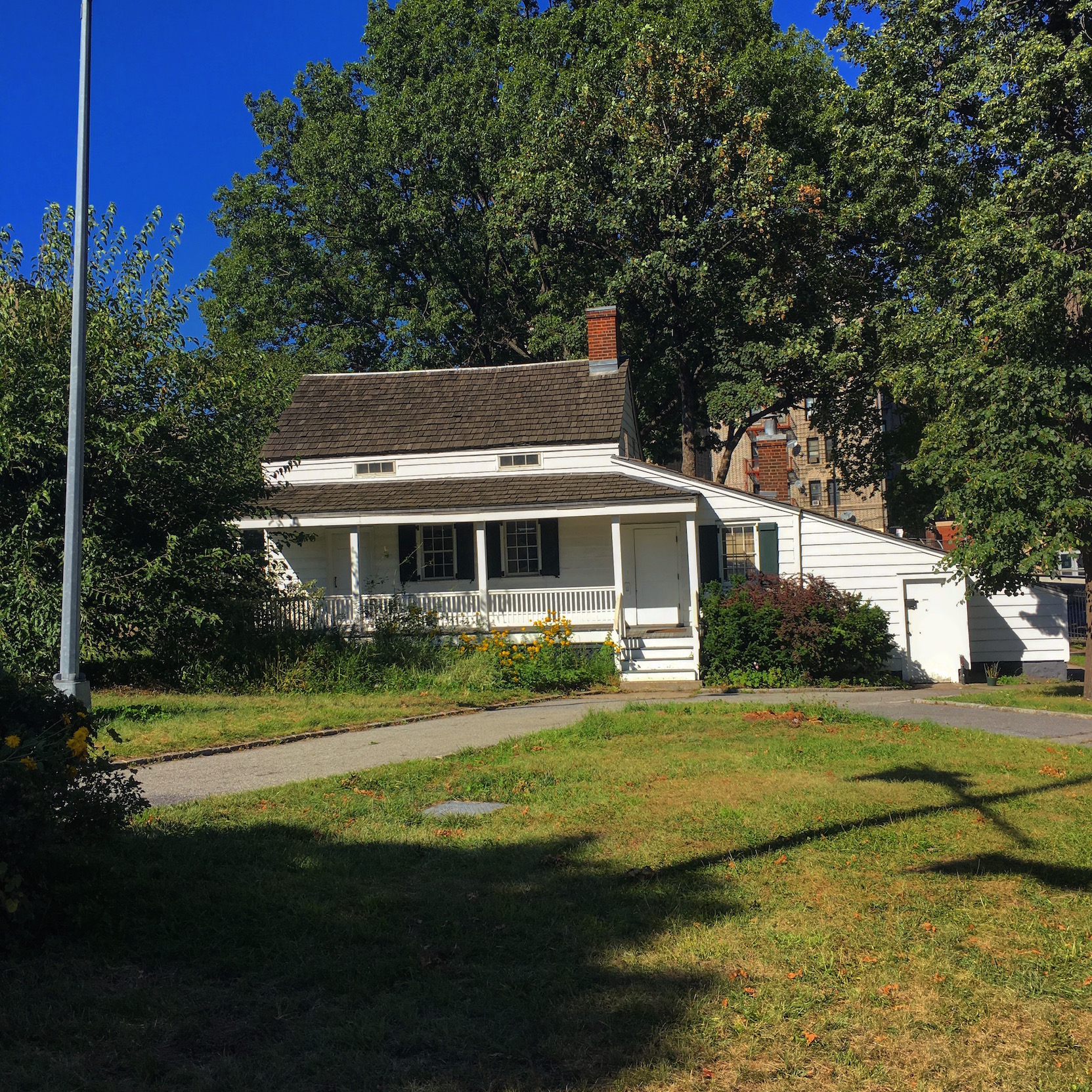 This remains one of the strangest literary landmarks in New York City. Positioned in charming Poe Park, right off the Grand Concourse, the cottage has lost all of its original context but none of its allure. Standing on the porch, the more creative among you may be able to close your eyes and imagine the dark, sullen worlds the poet was able to conjure from here. (A few of his most famous poems were written at the cottage, and the short story “Landor’s Cottage” is believed to be heavily inspired by this place.)

LOCATION 2640 Grand Concourse, Fordham Manor, the Bronx
WHY YOU SHOULD VISIT SOONÂ Fall is always the best time experience anything Poe-related. Â You’re also a short walk to the culinary delights of Arthur Avenue.
HOURS AND ADMISSIONÂ Tuesday-FridayÂ 10AM-3PM; Saturday and 10AM-4PM, Sunday 1PM-5PM, $5 per adult, $3 for students, children and seniors
HOW TO GET THERE BY SUBWAYÂ — The D train to Kingsbridge Road lets you off right at the park, however the 4 train to Kingsbridge Road will also get you there too. 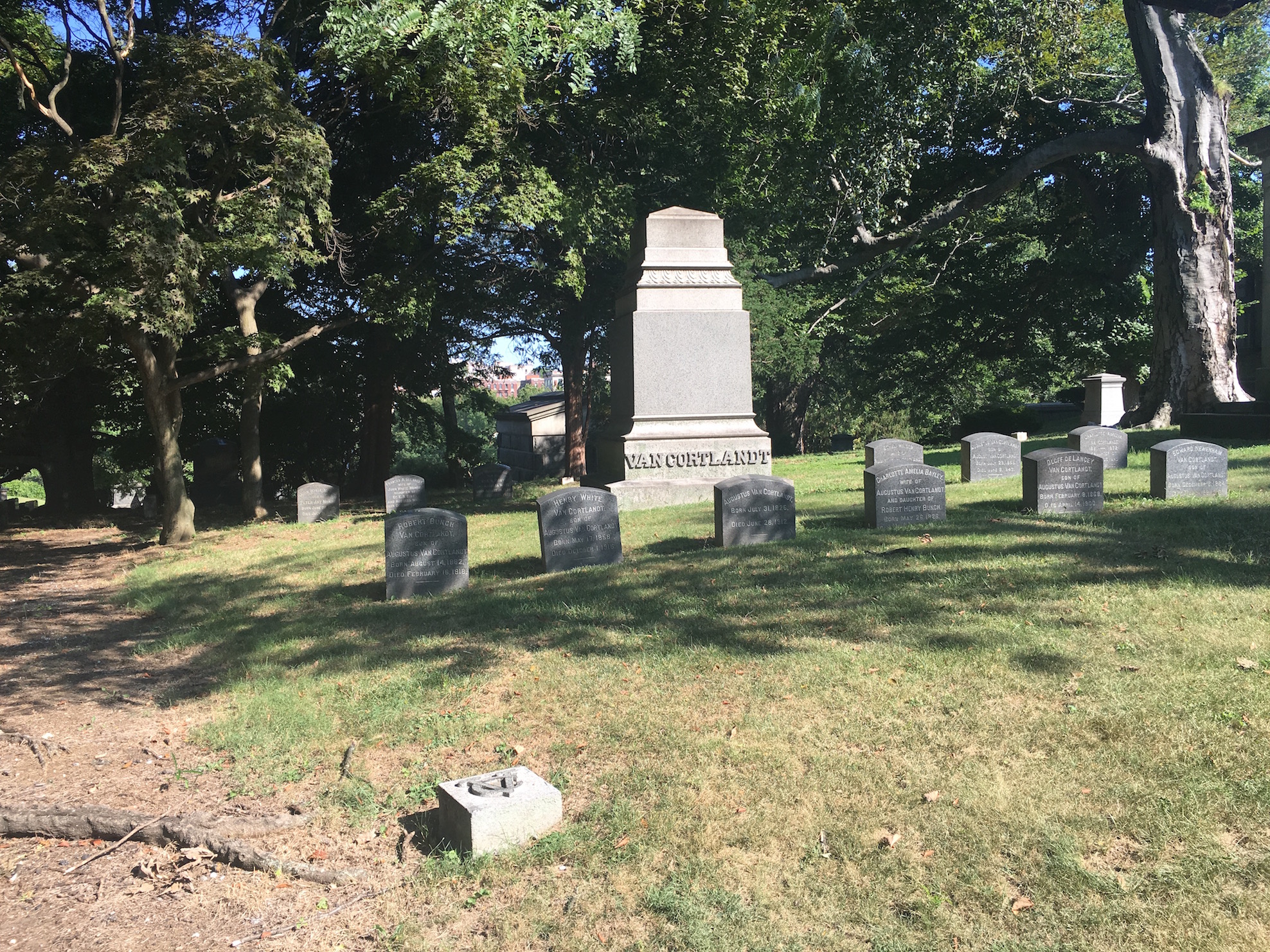 Sometimes you learn more about the great figuresÂ from the past by seeing how they’ve chosen to spend eternity. Woodlawn Cemetery, which opened in 1863 and was specifically notable for its access to the new railroad, is the final resting placeÂ of moguls, robber barons, politicians, socialites and musicians. A stroll along Woodlawn’sÂ paths will tell you more about human vanity and the urge to preserve personal legacy than any college psych class. Â (Above: the plot for members of theÂ Van Cortlandt family — THE Van CortlandtÂ family — is relatively modest.)

LOCATION Â 517 E 233rd St, Woodlawn Heights, the Bronx
WHY YOU SHOULD VISIT SOONÂ There are an abundance of intriguing public programs planned for the next couple months. Our favorites — a concert by the Bardekova Quintet onÂ September 25Â and a special walking tour on October 9 called “Shuffle Along and the Stories of Black Broadway.” Â Visit their website for more information.
HOURS AND ADMISSIONÂ Monday-Sunday 8:30AM-4:30PM, free, no bicycles
HOW TO GET THERE BY SUBWAYÂ –Â The 4 train to Woodlawn Station or the 2 or 5 trains to E 233rd Street 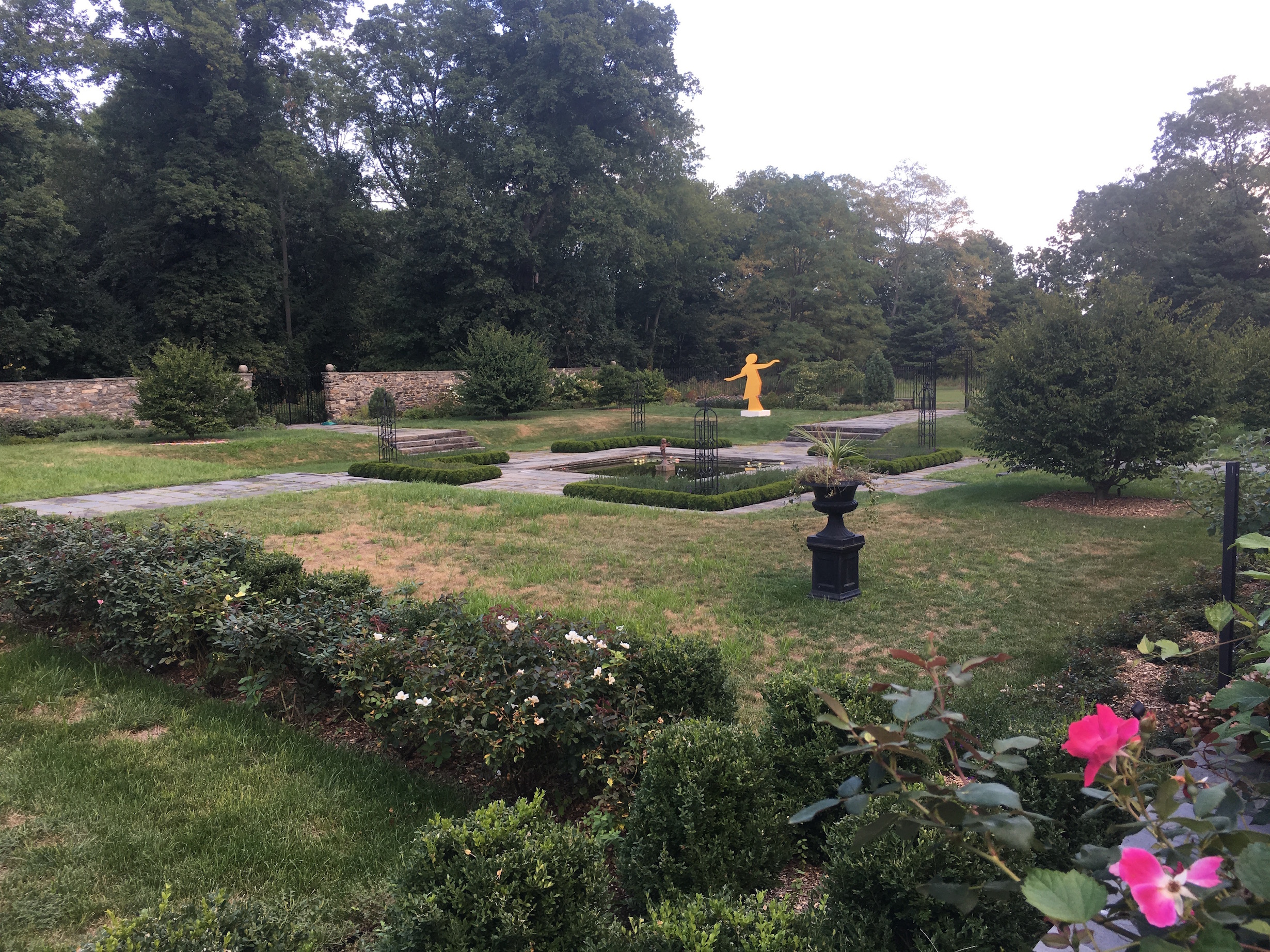 The Bartow-Pell Mansion, tracing its lineage back to the original PellÂ family, may not have the breathtaking view of the Palisades that Wave Hill has, but it has something else equally lush — an extraordinary formal garden in the back. ThisÂ lovely and occasionally surreal feature has only been part of the house since 1916. It makes a perfect addition to the family home, originally constructed between 1836 and 1842.

LOCATIONÂ  895 Shore Road North, Pelham Bay Park, the Bronx
WHY YOU SHOULD VISIT SOONÂ This is the 100th anniversary of that garden, and a new exhibit celebrating itsÂ centennial pairs the formal beauty with strange and unusual pieces of modern art. If you go this weekend, you’ll be able to pair your experience here with a trip to Orchard Beach, which closes for the season on September 11.
HOURS AND ADMISSIONÂ The house –Â Wednesday, Saturday-Sunday Noon-4PM, $5 adults, $3 seniors and students,Â free for kids under 6. The gardens — open daily, free, from 8:30AM to dusk.
HOW TO GET THERE BY SUBWAYÂ –Â The 6 train toÂ the Pelham Bay Park station, then transfer to a #45 bus. More information here. 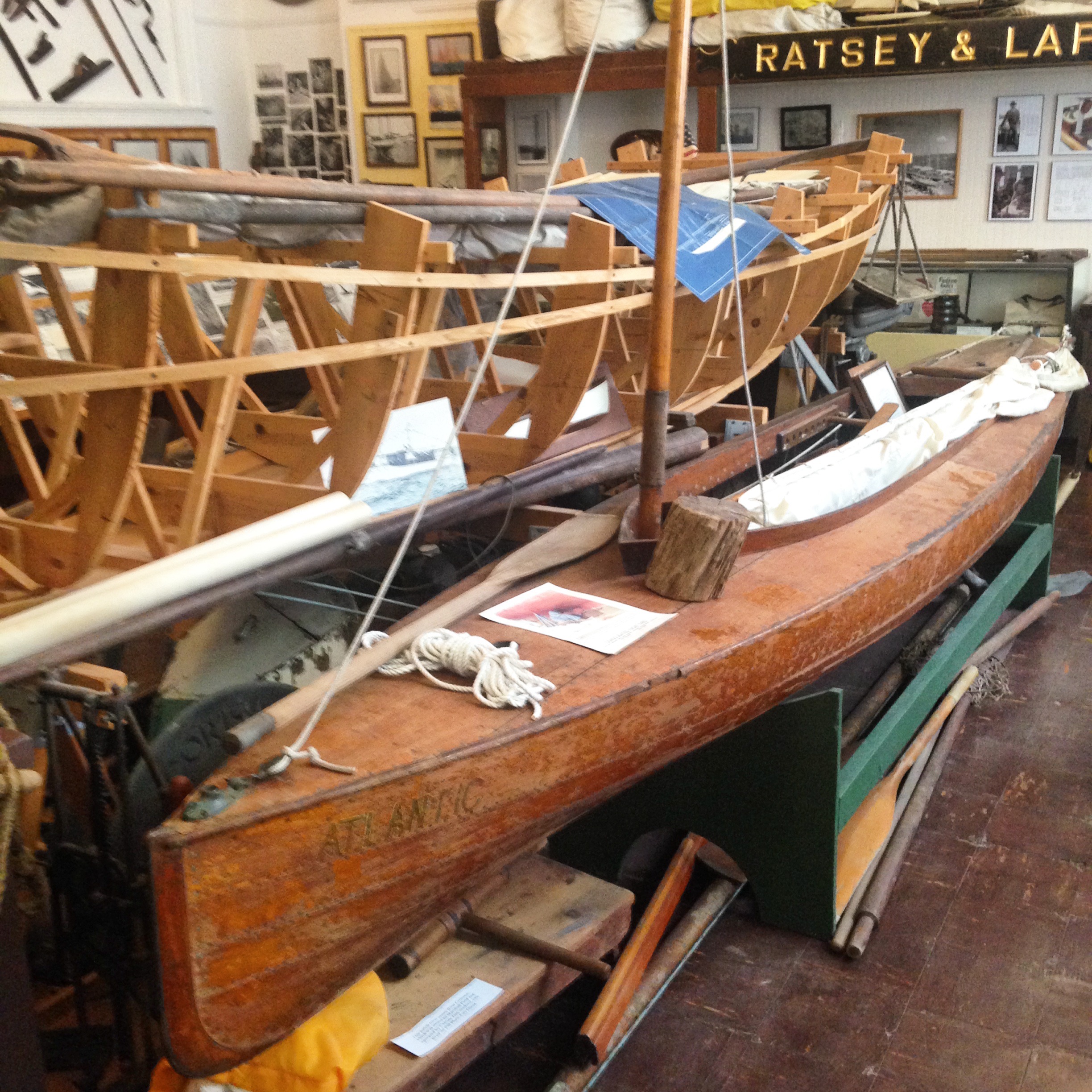 This lovely and strange little museum isÂ tucked away off the main road and feels like a old ship in a bottle, dusty and preserved. If you can time your visit to City Island to coincide with its opening hours, it’s well worth a visit. You may think you’re in a small town in Maine! (But then again, the whole island often feels like that.)

LOCATIONÂ Â 190 Fordham Street, City Island, the Bronx
WHY YOU SHOULD VISIT SOONÂ If you’re clinging on to the last scraps of summer, then a visit to City Island — and its delicious eateries on the southern point — will provide you with the inspiration you need.
HOURS AND ADMISSIONÂ Saturday and Sundays only, from 1PM to 5PM. Also by appointment.
HOW TO GET THERE BY SUBWAYÂ –Â The 6 train toÂ the Pelham Bay Park station, then transfer to a #29 bus to City Island. Â More informationÂ here.