Since I was a teenager, I’ve had an affinity for writerÂ Langston Hughes, the revolutionary jazz poet who was born 115 years ago today in 1902. I grew up in Springfield, Mo., about an hour away from Langston’s birthplace inÂ Joplin. One of the brightest lights of the Harlem Renaissance grew upÂ here?,Â I frequently pondered in English class. Â In fact, Hughes is considered Joplin’s most famous son.*

But you don’t need to follow Langston’s footprints back to the Ozarks. Celebrate his birthday with a mini-walking tour, four Manhattan addresses that were pivotal to Hughes’ development as an iconic African-American voice and a star of the Harlem literary scene–

181 W. 135th StreetÂ Â — Langston’s first exposure to Harlem’s creative energy was as aÂ Columbia UniversityÂ student in 1921, wandering the street, hoping to see “Duke Ellington on the corner of 135th Street, or Bessie Smith passing by, or Bojangles Bill Robinson in front of the Lincoln Theatre, or maybe Paul Robeson or Bert Williams walking down the avenue.” [source]

Before moving into Columbia’sÂ Hartley Hall (1124 AmsterdamÂ Avenue),Â however, Langston took a room here at the YMCA, known for its live drama productions and art shows. He didn’t need to stroll around to find Robeson; he got his start acting in productions at the YMCA. 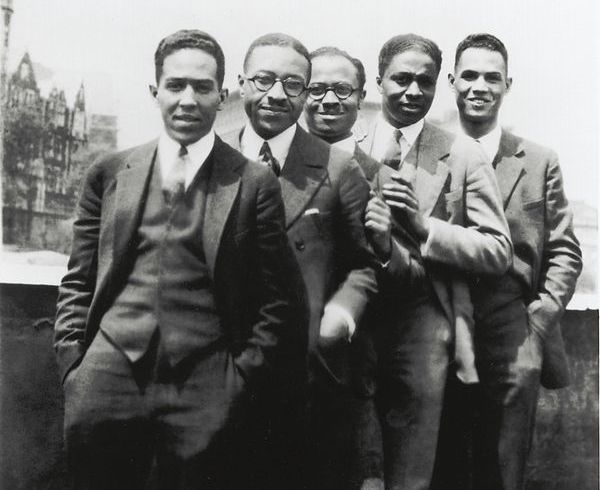 Dapper gentlemen: At a 1924 celebration in Langston’s honor, at the home of Regina Andrews onÂ 580 St. Nicholas Avenue. The author is to the far left, followed by future sociologists Charles S. Johnson and E. Franklin Frazier; novelist and future doctor Rudolph Fisher; and Hubert T. Delany, who would become a New York justice in 1942, appointed by Fiorello La Guardia.

634 St. Nicholas AvenueÂ — Although Langston would rent out a studio in 1938 down the street at 66 St. Nicholas Avenue, he frequently stayed at this address in the Sugar Hill area of Harlem, the home of his friendsÂ Toy and Emerson Harper. (HeÂ referredÂ to them as ‘aunt’ and ‘uncle’.) Hughes later moved with the couple to another address…

20 East 127th StreetÂ —Â For 20 years, Hughes worked out of the top floor, by now an international phenomenon. He was residing here (his ownÂ ‘ivory tower‘) when he died in 1967. The house was up for sale for awhile, but was finallyÂ sold in 2011Â in a Sotheby’s auction. 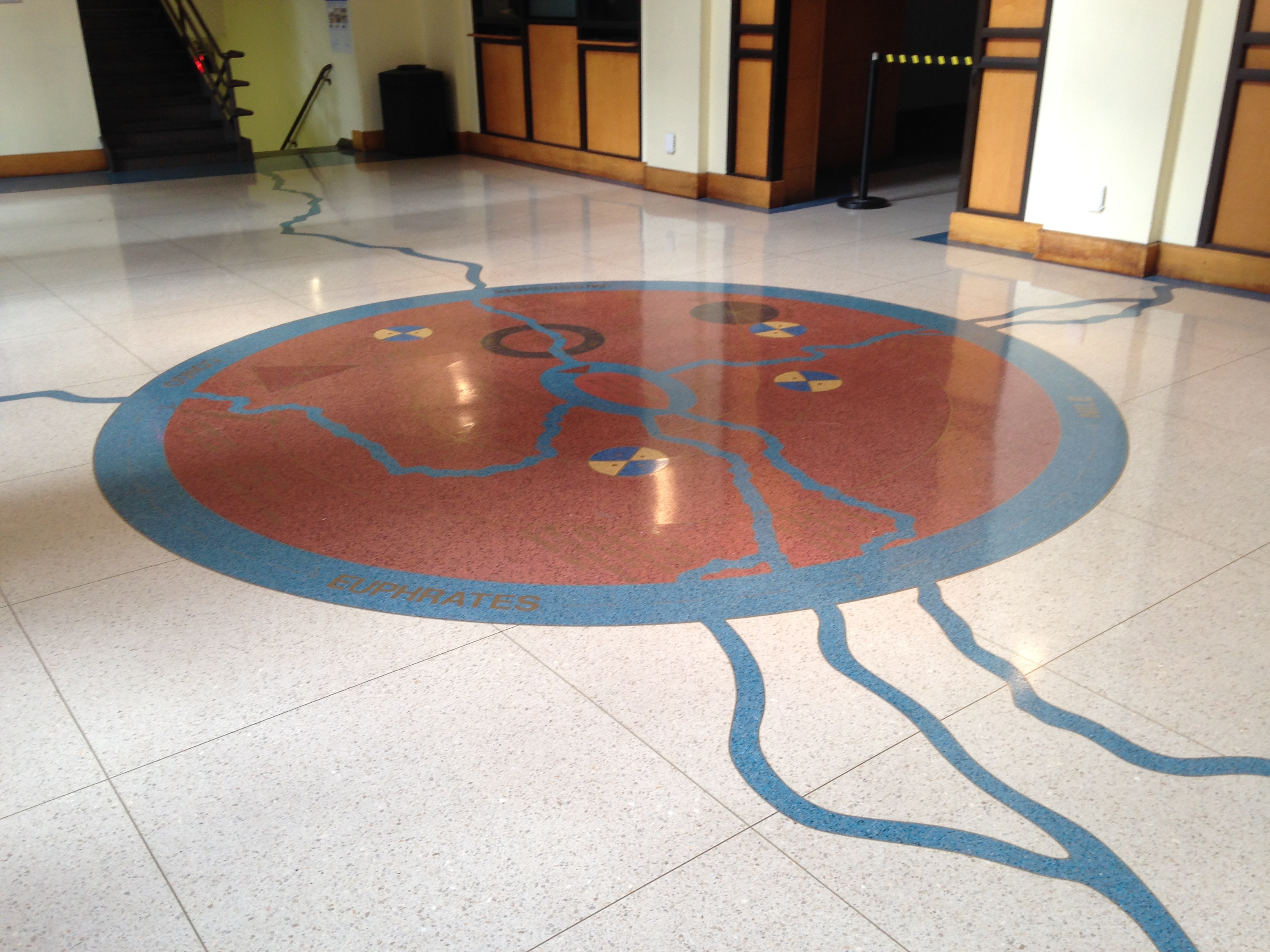 Â 515 Malcolm X BoulevardÂ (at W. 135th Street) –Â The Schomburg Center for Research in Black Culture,Â a branch of the New York Public Library, is Hughes’ final resting place. His ashes are contained underneath the foyer floor, beneath an inscription: “My soul has grown deep like the rivers.” But the library always had a long association with Hughes. His ‘poetry-play’ ‘Don’t You Want To Be Free‘ played to sold-out crowds in the basement of the library in 1938. The play co-starredÂ Robert Earl Jones, the father ofÂ James Earl Jones.

You can find a far more in-depth walking tour of 1920s HarlemÂ here. 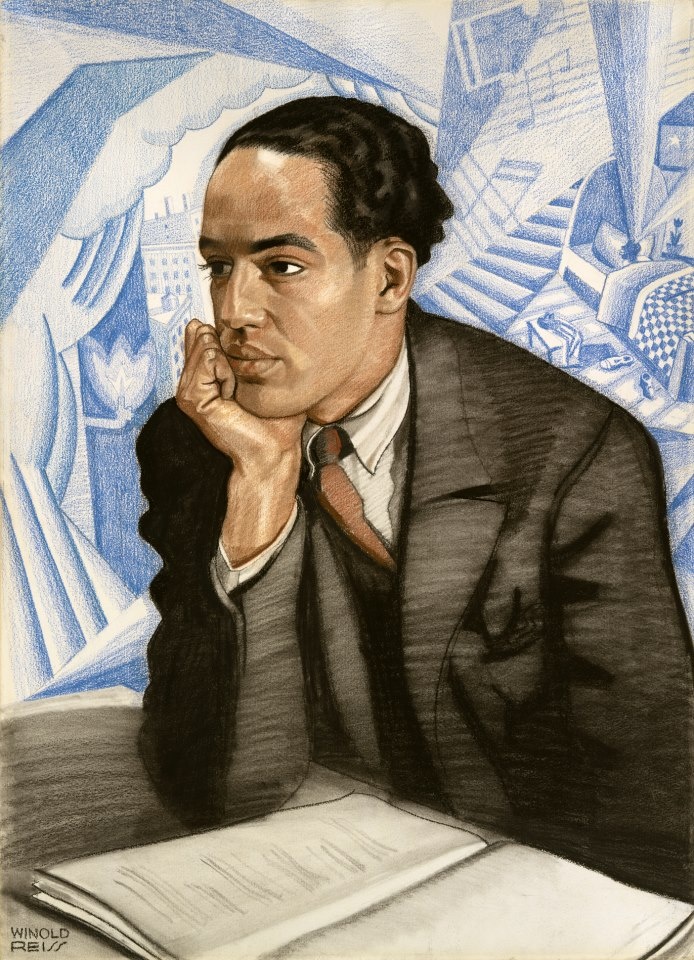