Will The Deuce succeed where Vinyl failed? I was disappointed that HBO’s luxury period series about the 1970s music industry quickly faded after only one season, but it appears the network is going back into New York City history with a hotter, sleazier concept. (And Vinyl was very, very sleazy.)

However there are a few reasons why I think this might actually take off:

1) The show has been developed byÂ George Pelecanos and David Simon, the makers of The Wire, possibly the most intense and literate show ever about urban life. Â Simon’s last project Show Me A Hero was a precise and well-observed drama about Yonkers in the 1980s.

Below: Gary Carr and Tarik Trotter 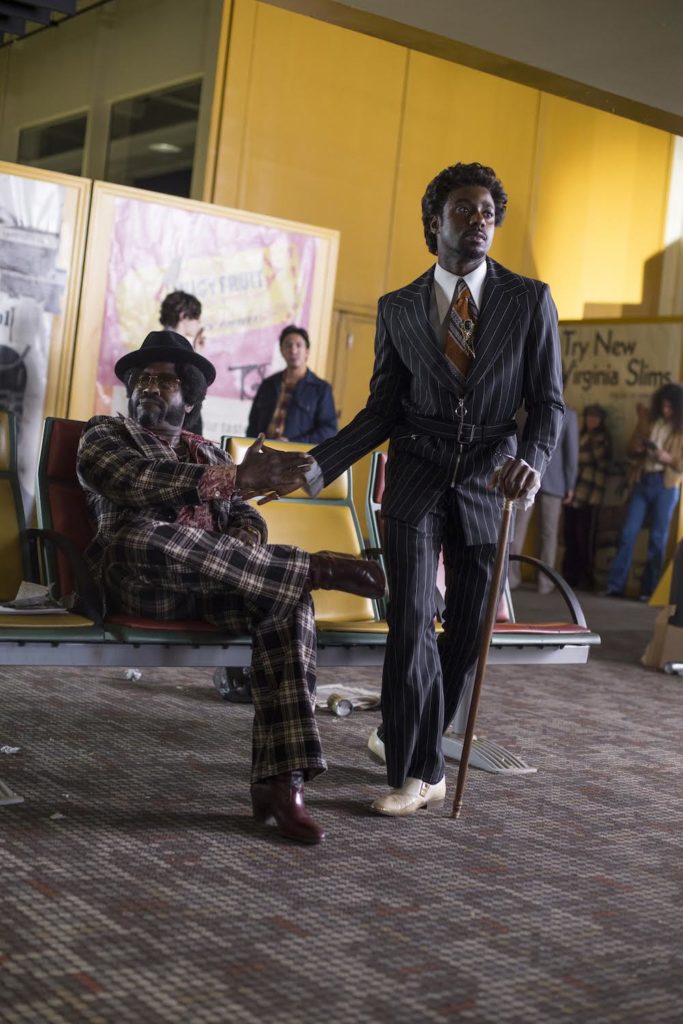 2) New York City in the 1970s provides a treasure trove of dramatic possibilities if done straight. I quite liked Netflix’s The Get-Down but it was hardly literal. Times Square should provide suitable visual properties provided it’s not too over-the-top. (Fans of Simon’s Treme will know that he handles flashy settings very well.)

3) Maggie Gyllenhaal is in this. We’re in good hands. But let’s hope that wig translates better on film.

The Deuce debuts on HBO on September 12.

Here’s the trailer. What do you think?