PODCAST 42nd Street After Hours. Cinema and sleaze. Nostalgia and fantasy. The story of a real and imagined New York.

Take a trip with us down the grittiest streets in Times Square — the faded marquees of the grindhouses, the neon-lit prurient delights of Eighth Avenue at night.

In this show we focus on a couple of Times Square’s most notorious streets from the period — 42nd Street and Eighth Avenue — and provide historical context for the seediness they were known for in this era.

Those glowing marquees disguise a theatrical history that dates from the beginning of Times Square, once hosting productions by the likes of Florenz Ziegfeld and Oscar Hammerstein. And the sex industries themselves trace back to the early seedy days of the Tenderloin neighborhood. They coalesced around Port Authority Bus Terminal (aka ‘the cavern of squalor’) to produce a gritty scene that was at once alluring, dangerous, and quintessentially New York.

The song featured in this week’s episode was

Our special thanks to HBO and the new drama series The Deuce for sponsoring this special episode. Follow along with the Bowery Boys on Twitter (@Boweryboys) this Sunday, Sept. 10, at 9pm as we watch the show live and share historical context to some of the action being shown.

One still from the show: 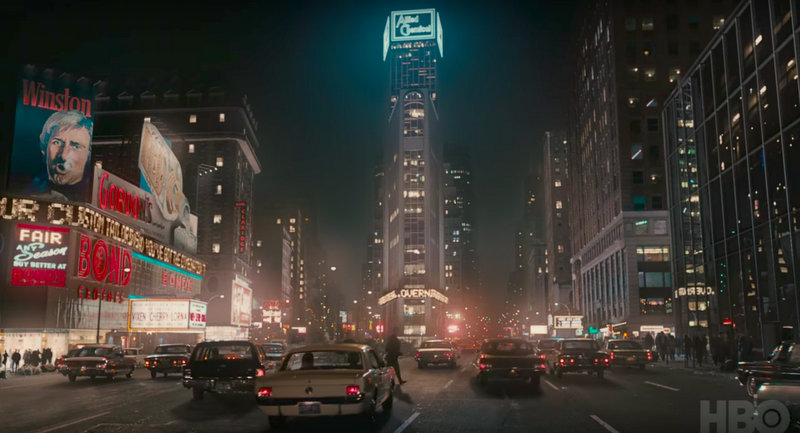 The real Times Square (looking the opposite way):

The look of 42nd Street in the early 1960s. See the New Amsterdam across the street (and the Fascination arcade next to it). Both films The Green Helmet and Parrish are from 1961, but since this was a row of second-row houses by this point, the date could be later. 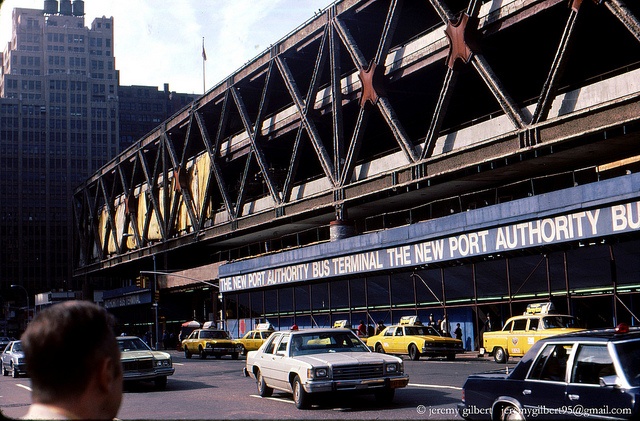 Here’s the New Amsterdam Theater in 1903, the year construction was completed — one year before the area would be called Times Square. 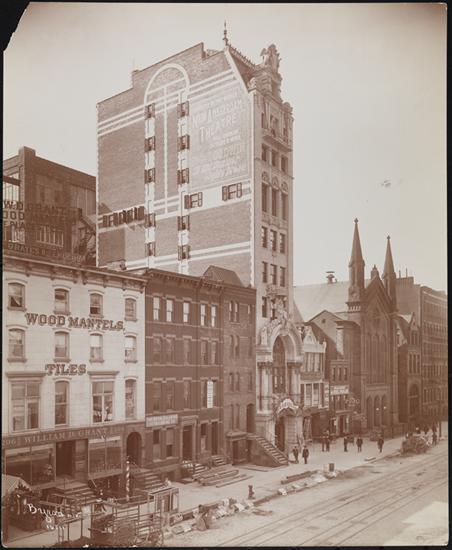 The theaters on 42nd Street on the north side, 1968. Note the exhibition of “international films.” The grindhouse classic The Notorious Daughter of Fanny Hill was released in 1966. 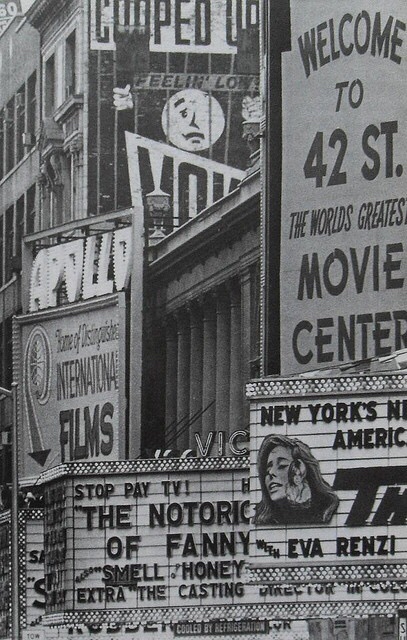 The Apollo Theater, pictured above, as seen below in 1922. It has already transitioned into film exhibition. (Silver Wings is a famously ‘lost’ film directed by John Ford.) 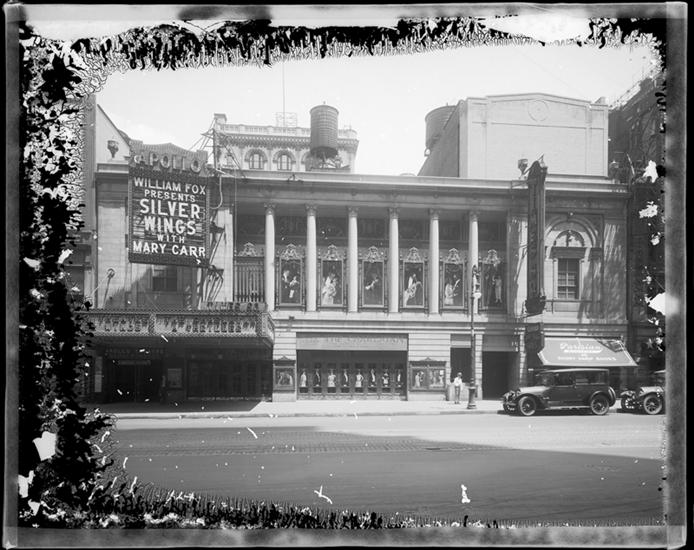 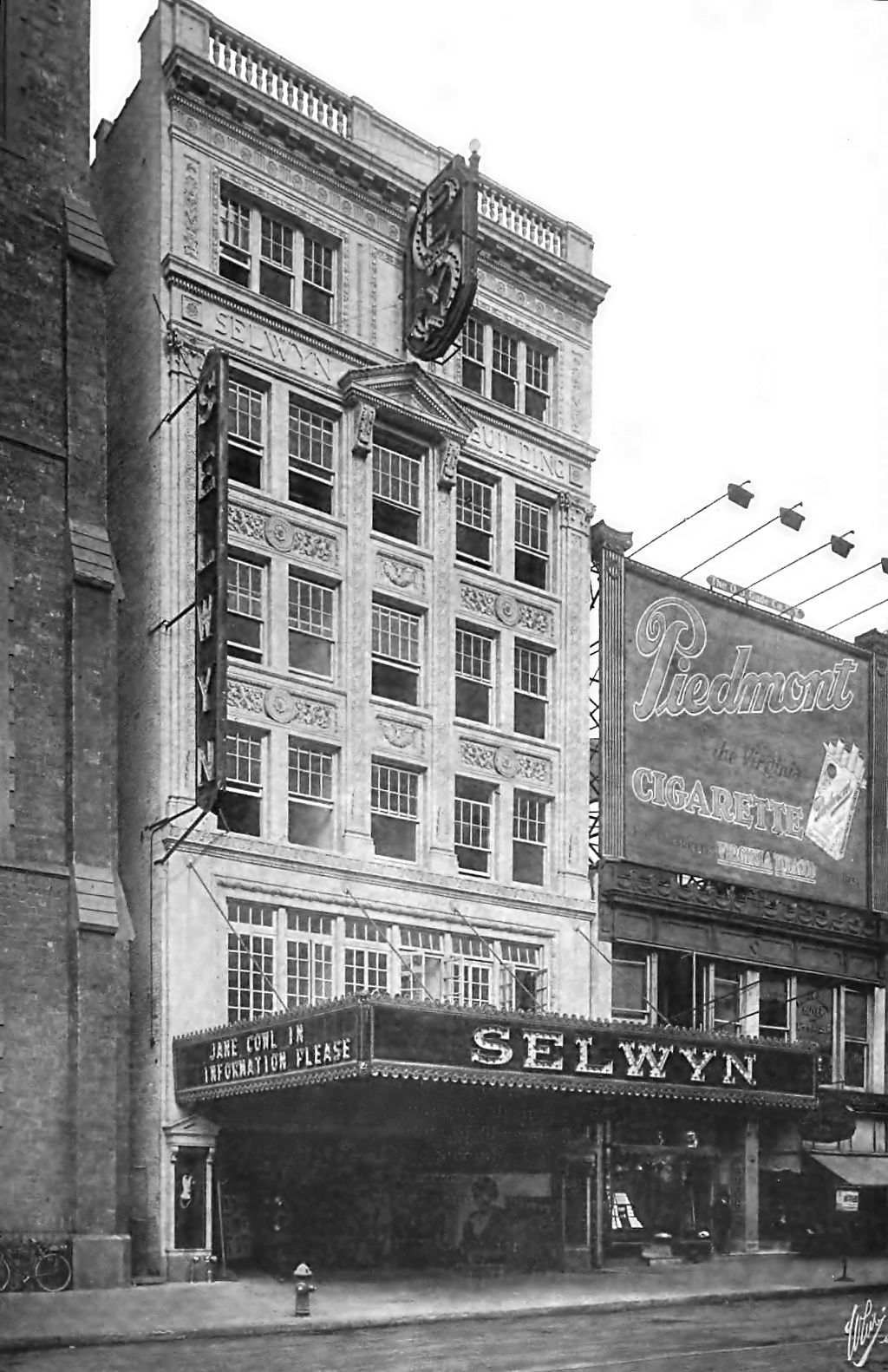 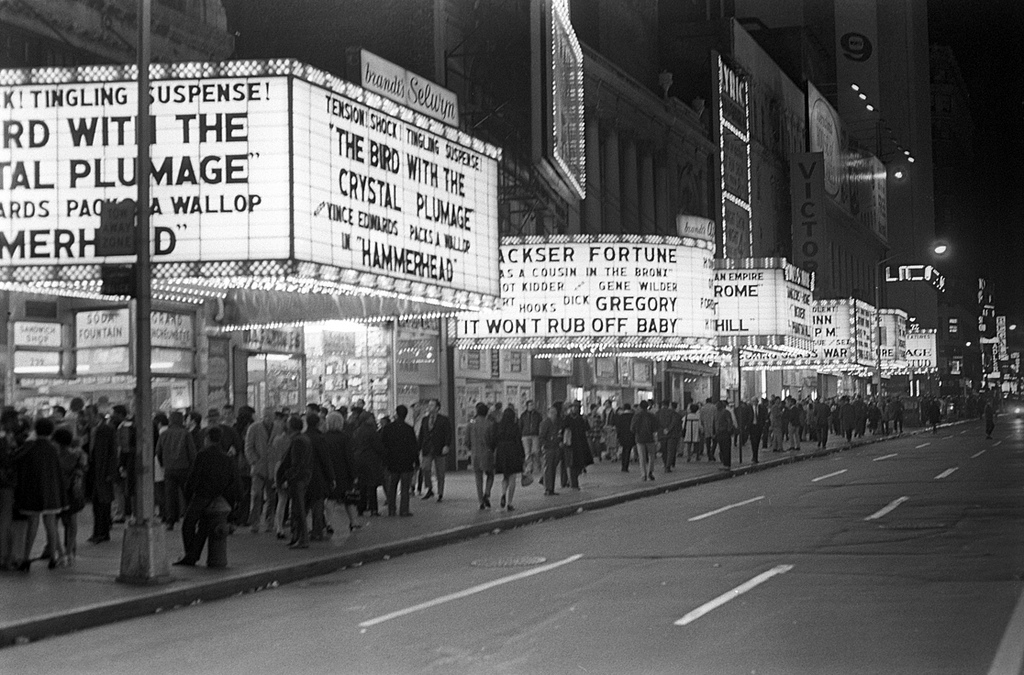 The corner of 42nd Street and Seventh Avenues, 1970 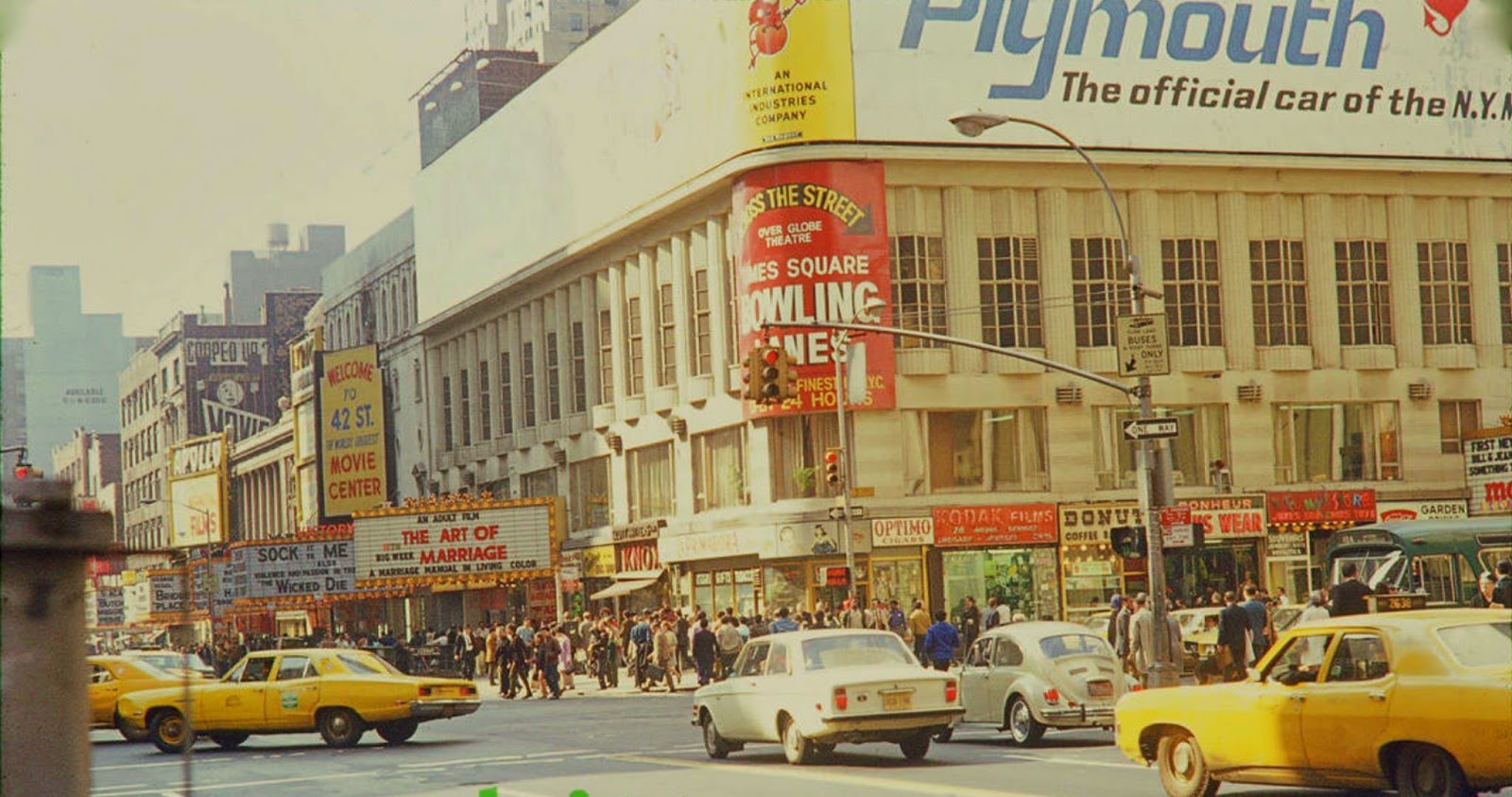 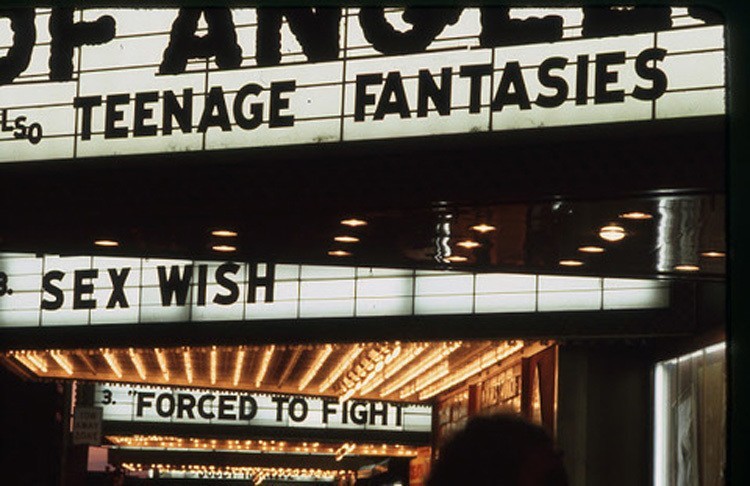 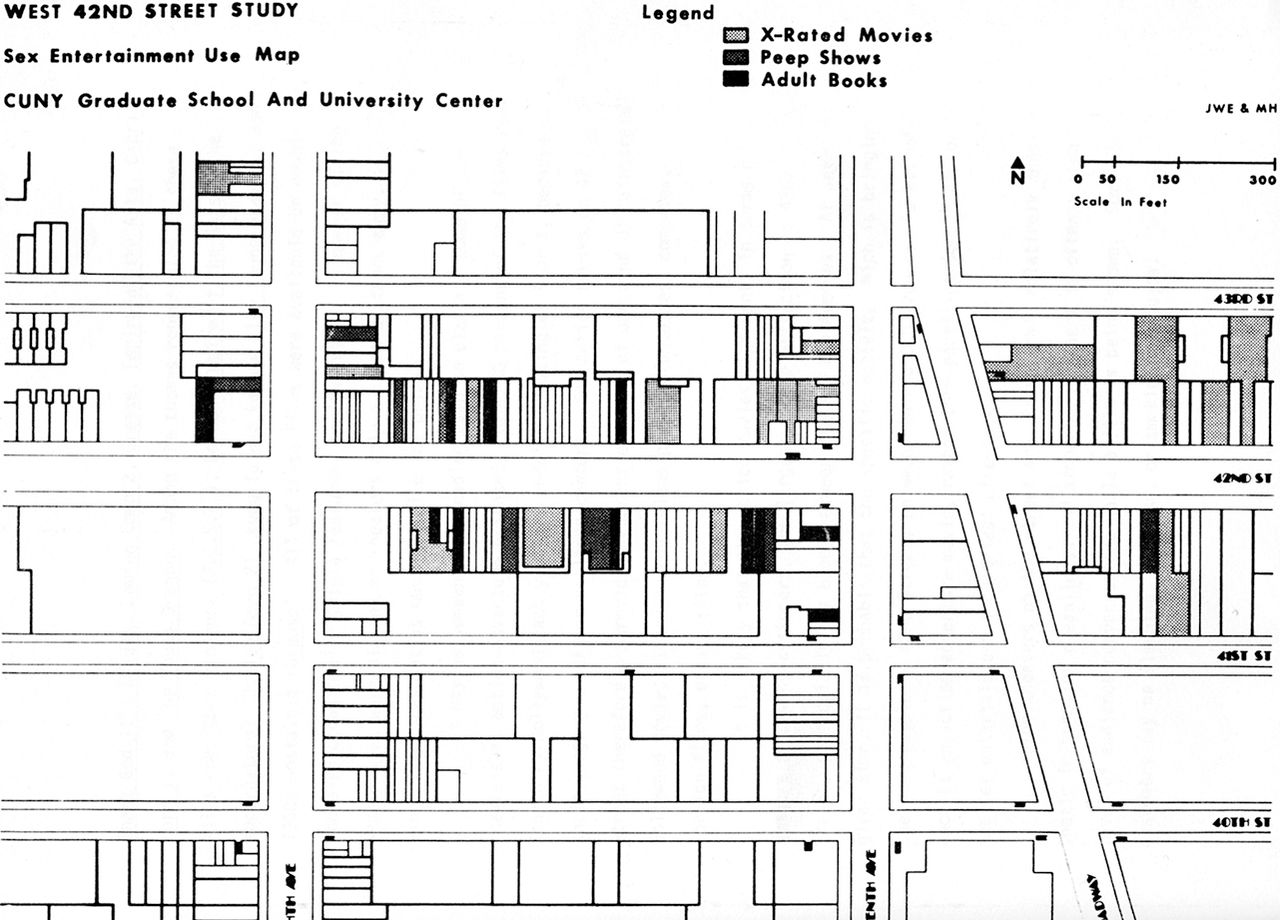 Inside the Show World Center, 1982 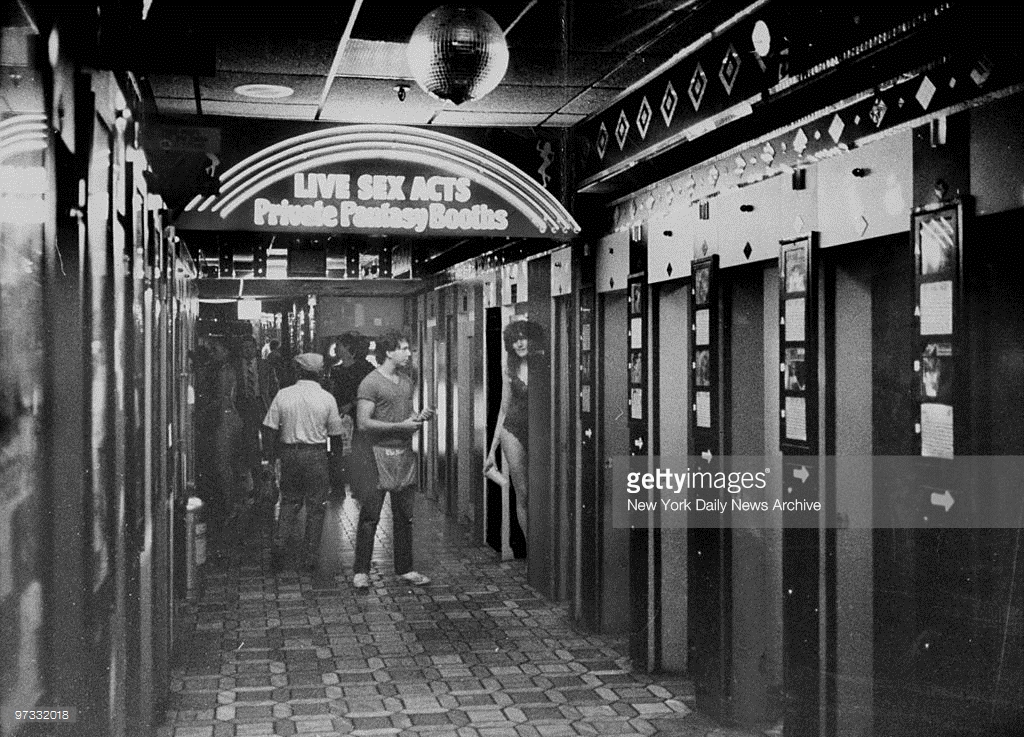 Terminal Bar in 1981. It closed the following year. Slate has a wonderful collection of images from its bartender Sheldon Nadelman.

A 2003 documentary about the history of Terminal Bar. Worth watching!

RECOMMENDED READIING:
The Devil’s Playground: A Century of Pleasure and Profit in Times Square by James Traub
Down 42nd Street: Sex, Money, Culture and Politics at the Crossroads of the World by Marc Eliot
The Forbidden Apple: A Century of Sex & Sin in New York City by Kat Long
Ghosts of 42nd Street, A History of America’s Most Infamous Block by Anthony Bianco

#118 A History of Times Square

One minor correction: Lion King was not the first production in the New Amsterdam Theater after Disney renovated it.

In May 1997, Disney had the New Amsterdam host a nine performance run of a staged concert production of a new musical called King David, written by Alan Menkin and Tim Rice. It had originally been conceived for the 3000th anniversary of the founding of Jerusalem, but ran into some complications. Disney picked it up, and produced the concerts an the inaugural performances in the newly renovated space, several months before Lion King premiered there.

Got to admit this nostalgia still goes on! Good post for young people, appreciate all the info.
Tx a lot!