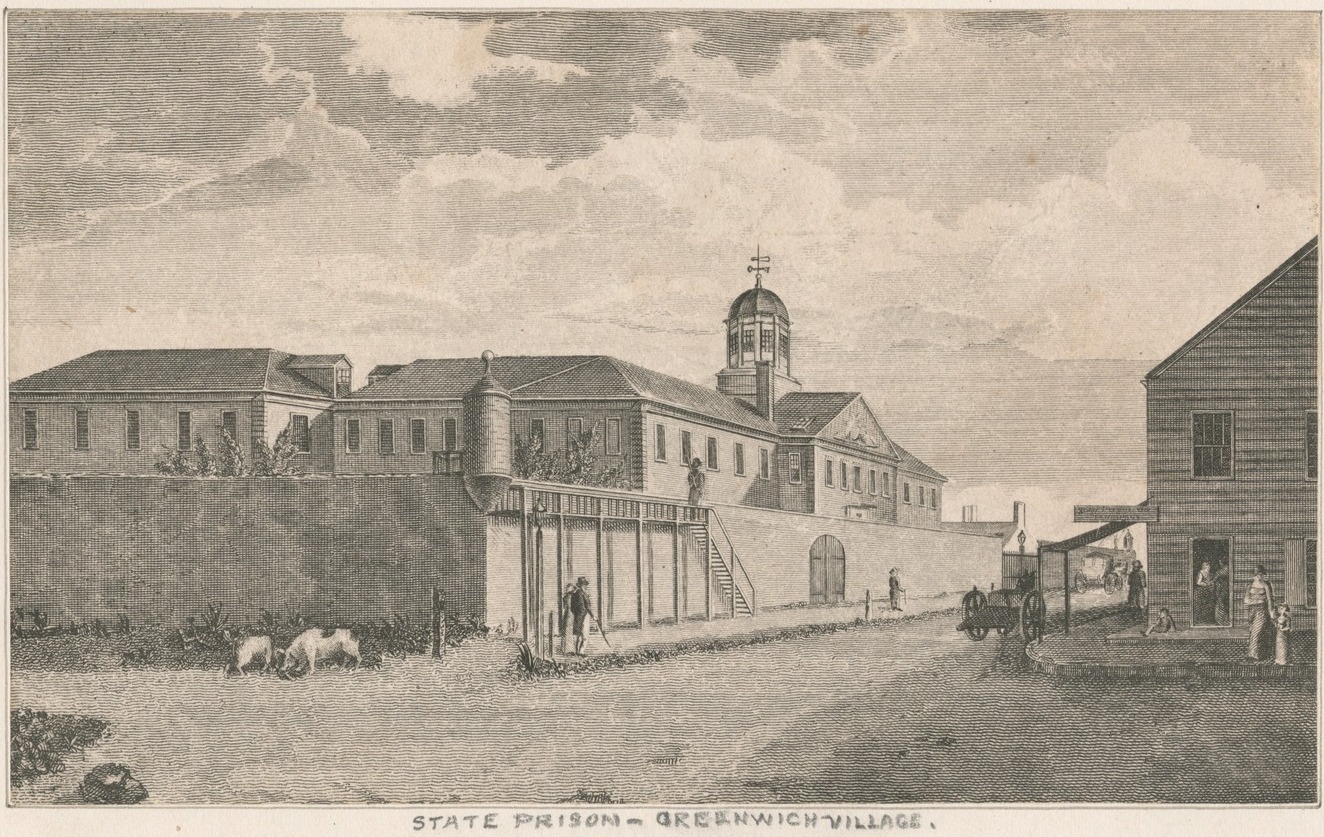 You may not be aware of the Weehawken Historic District, a collection of 14 buildings of unique architectural character in the far West Village.  It lies at the foot of Christopher Street and centers around the one-block-long Weehawken Street. You really should take a stroll down here. It will take you all of one minute; the street is approximately 63 feet long.

But a surprising structure once sat on this very spot two hundred years ago — Newgate Prison, the official state prison of New York from 1796 to 1828.

The city of New York was still very much confined to the area below today’s Canal Street. The new prison lay on the outskirts of Greenwich Village, a hamlet of farms and estates that served as New York’s first suburb of sorts. Just a few feet from Newgate was the Greenwich Market, south of Christopher Street (on the spot of the big red, Federal Archives Building).

The prison was considered a progressive upgrade to New York’s dreadful Bridewell Prison, which sat near the area of today’s City Hall.  Built before the Revolutionary War, Bridewell had no windows and wretched facilities; prolonged incarceration here often met death.

With Newgate, enlightened reformers moved the prison out of the middle of town — always a good thing — and nearest the water, providing better ventilation and access to ferry transportation. “A more pleasant, airy, and salubrious spot could not have been selected in the vicinity of New York,” said one writer in 1801.*

Newgate was named (or rather nicknamed) for its larger, more infamous counterpart in London which became a favorite setting in Charles Dickens novels. New York’s Newgate was similarly ominous, with high stone walls mirroring the shape of forts along the waterfront.  Indeed Fort Gansevoort, in the area of today’s Meat-Packing District, was built several years after Newgate.

Below: From the original 1796 survey of the spot where Newgate was constructed. Today’s Weehawken Street would have been later laid at the spot of the prison’s western border. Skinner Street would later be known as Christopher Street. Amos Street is now West 10th Street.

This soon proved an inadequate and ill-placed facility. Overcrowding led to prison riots and jail breaks, hardly the behavior you want to see across the street from a civilized public market. By the 1820s, the area of Greenwich Village became desirable real estate as the boundaries of New York — bolstered by the slow development of the 1811 Grid Plan — moved northward.

The western edge of Greenwich Village would be spared from the installing the grid thanks to tenacious land-owners. But it certainly wouldn’t do to have a wily prison sitting next to a developing neighborhood. In 1824, former New York mayor Stephen Allen (technically the first elected mayor) was put in charge of relocating the state prison to someplace more remote. And so, in 1828, Newgate’s prisoners were transferred to a new facility — in Sing Sing. 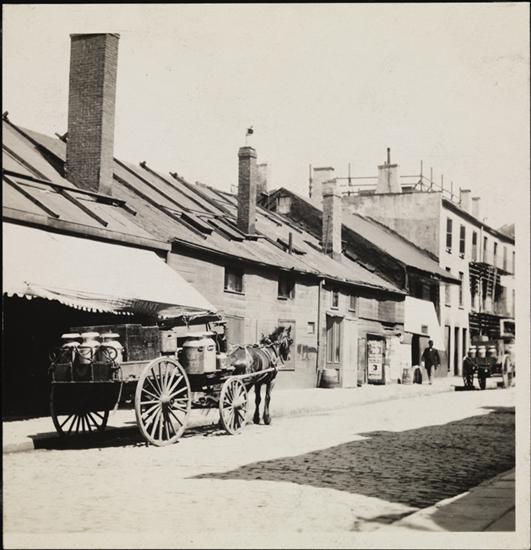 The hefty walls of Newgate were torn down, and  l’il Weehawken Street — all 63 feet of it —  was then created and paved in 1830.

By the way, Weehawken Street did get its name from the town of Weehawken, as it was the dock of a colonial ferry that connected with the picturesque New Jersey town. Weehawken was the site of the famous duel between Alexander Hamilton and Aaron Burr in 1804.

They both get their name from the same Lenape Indian source meaning either “place of gulls” or “place of rocks that look like trees.”

*From the official Weehawken historic designation