PODCAST The tale behind the brutal murder of renown architect Stanford White on the roof garden of Madison Square Garden, the building that was one of his greatest achievements.

On the evening of June 25, 1906, during a performance of Mam’zelle Champagne on the rooftop of Madison Square Garden, the architect Stanford White was brutally murdered by Harry Kendall Thaw. The renown of White’s professional career — he was one of New York’s leading social figures — and the public nature of the assassination led newspapers to call it the Crime of the Century. But many of the most shocking details would only be revealed in a courtroom, exposing the sexual and moral perversities of some of the city’s wealthiest citizens.

White, as a member of the prestigious firm McKim, Meade and White, was responsible for some of New York’s most iconic structures including Pennsylvania Station, the Washington Square Arch and Madison Square Garden, where he was slain. But his gracious public persona disguised a personal taste for young chorus girls, often seduced at his 24th Street studio, famed for its ‘red velvet swing’.

Evelyn Nesbit was only a teenager when she became a popular artist’s model and a cast member in Broadway’s hottest musical comedy. White wooed her with the trappings of luxury and subsequently took advantage of her. The wealthy playboy Harry Thaw also fell for Nesbit — and grew insanely jealous of White. Soon his hatred would envelop him, leading to the unfortunate events of that tragic summer night.

White as a young man (with an enormous mustache!) 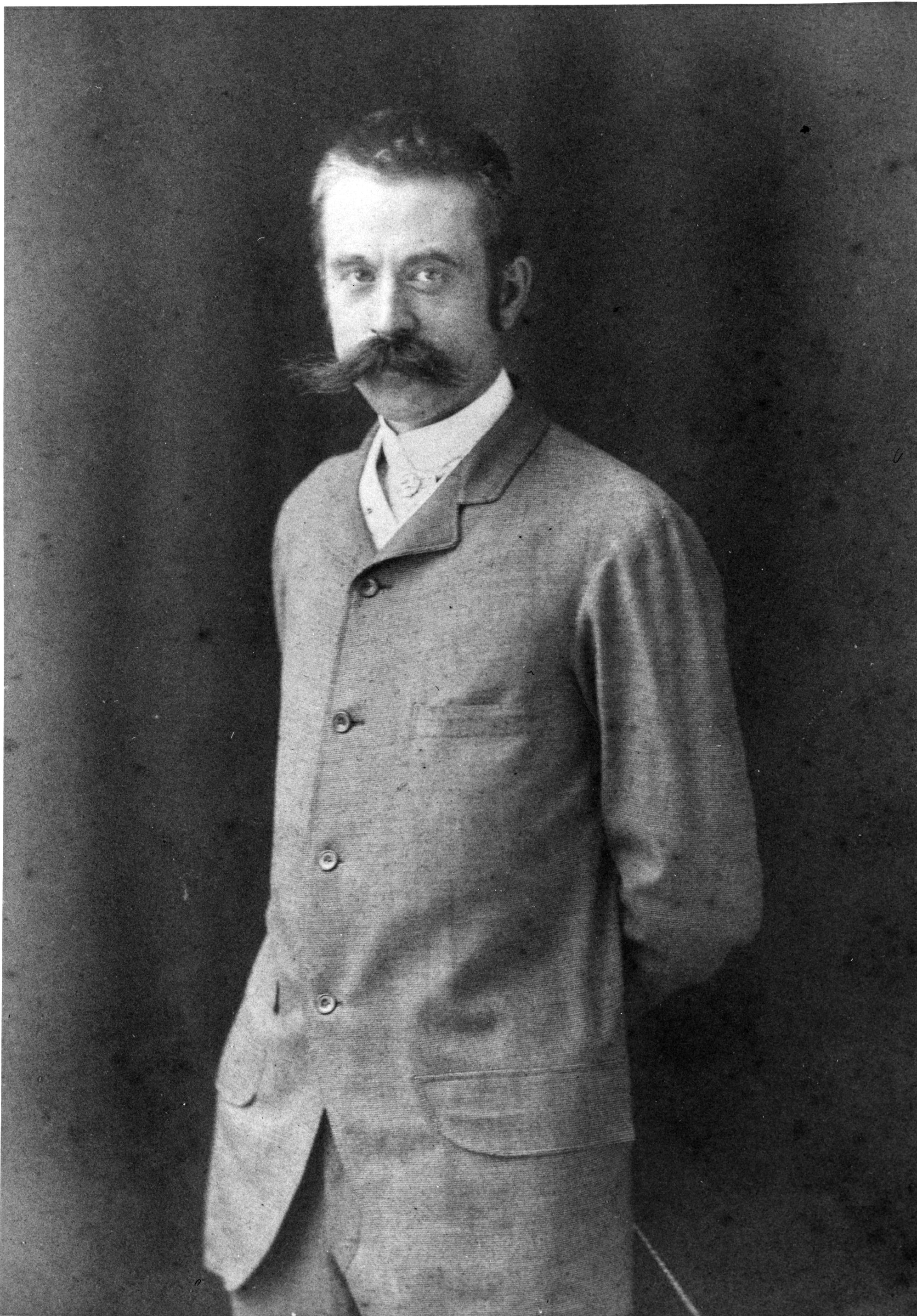 Stanford White — date unknown but presumed to be 1906, the year he died. 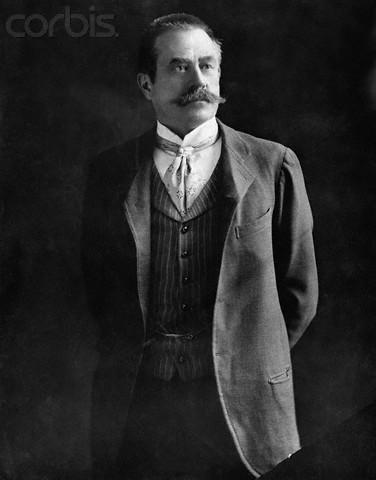 A 1901 theatrical card (possibly for Floradora?) taken by Otto Sarony

The following photographs of Evelyn Nesbit were taken in 1913. She would be divorced from Harry Thaw in less than two years.

From the Ogden Standard-Examiner, November 14, 1920 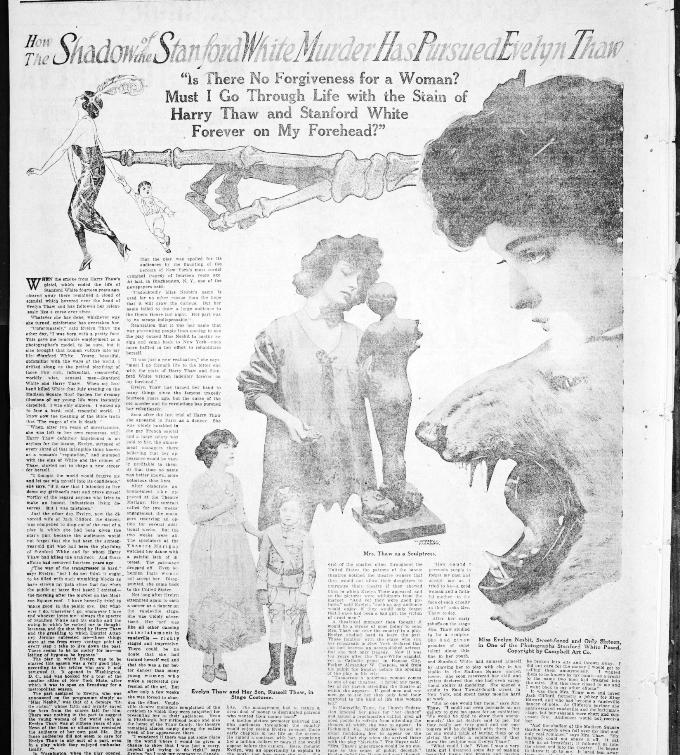 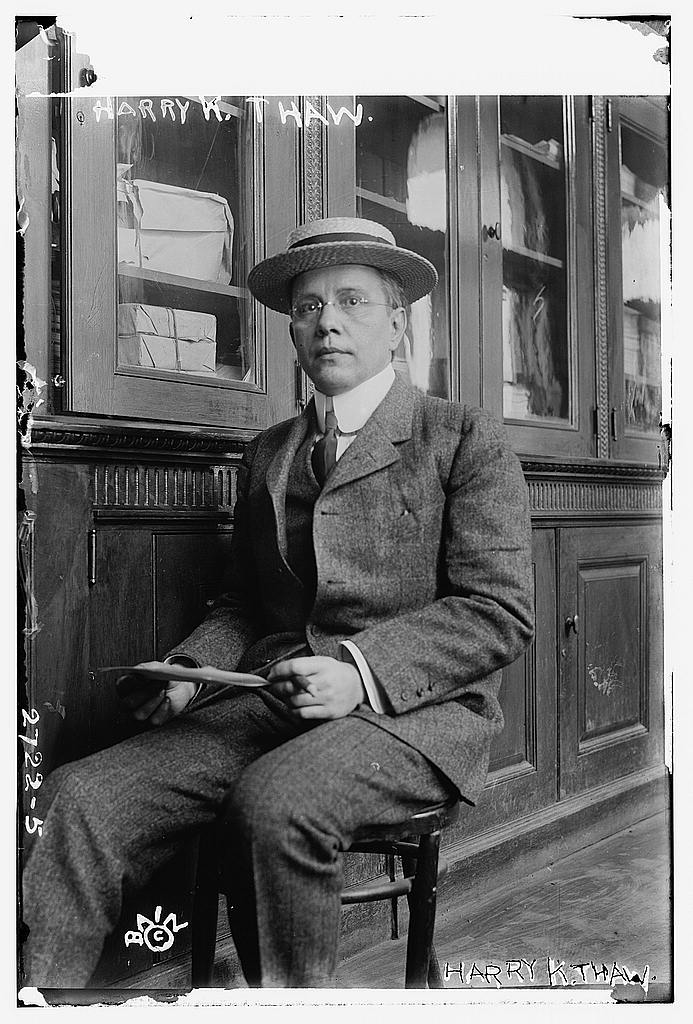 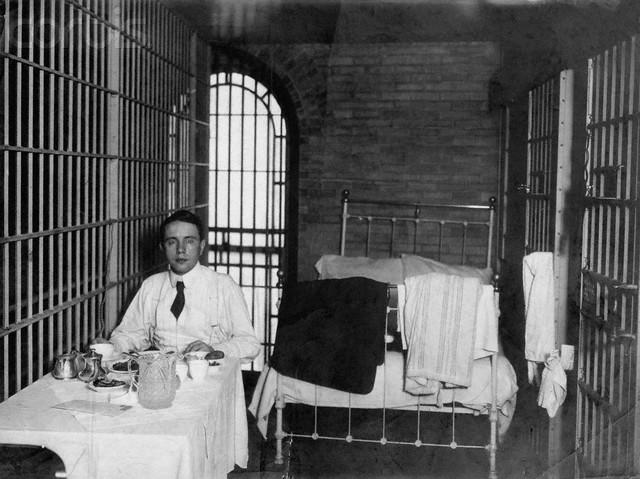 in September 1913, Thaw escaped from the institution to Canada. He was eventually captured and brought back to the states. Here he is in New Hampshire, awaiting transportation back to Matteawan.

Thaw leaving court in July 1915 after he was declared mentally sane.

SCENE OF THE CRIME

Madison Square Garden, taken in 1905 from inside the park

The rooftop theater at Madison Square Garden, pictured here circa 1900

The tower at Madison Square Garden, topped with the scandalous Diana weather vane.

The Casino Theatre, home of the show Florodora, where Evelyn Nesbit was featured, despite her young age 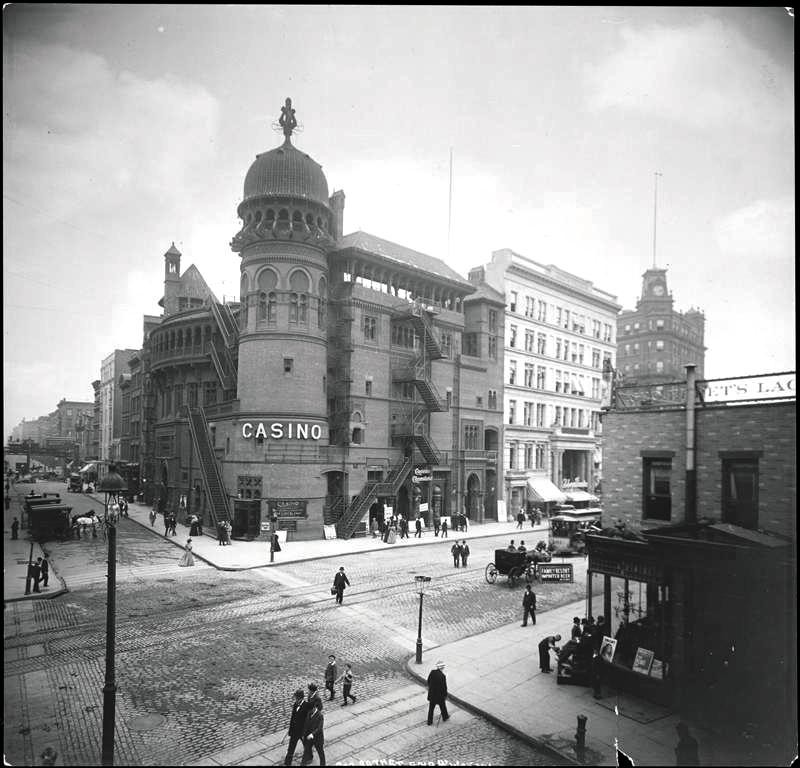 A scene from Florodora in 1900 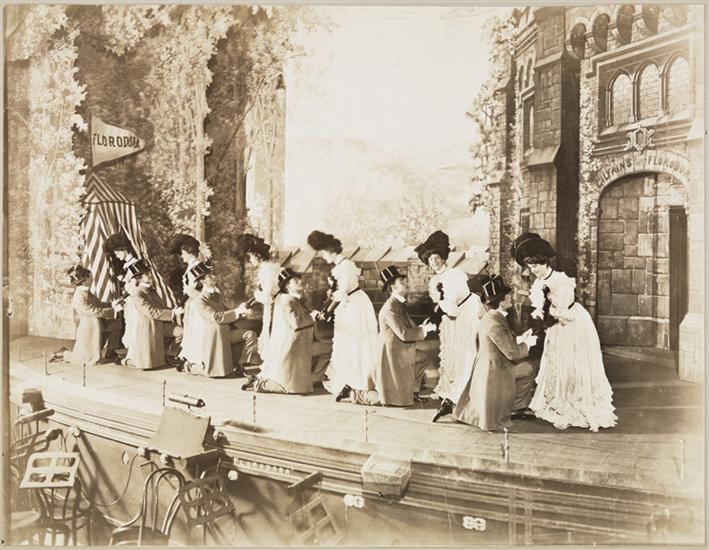 The former Hotel Lorraine, where Nesbit and Thaw were staying on the night of the murder. The address is 545 Fifth Avenue.

Inside the dining room of Sherry’s Restaurant (44th and 5th Avenue), where Harry Thaw got boozed up before meeting with Evelyn. 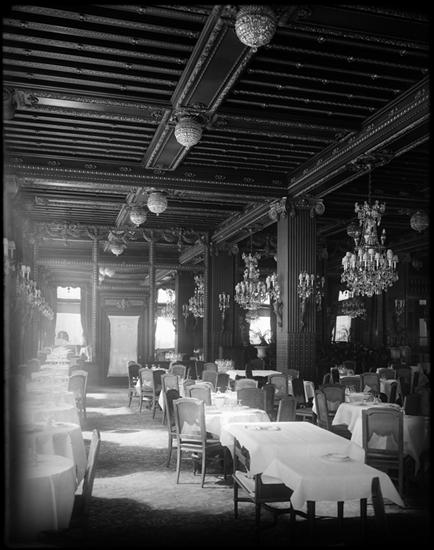 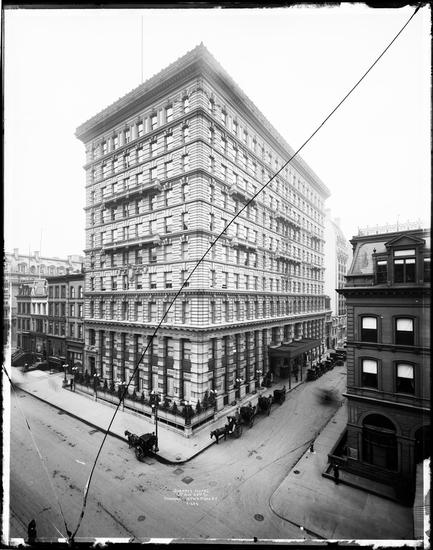 Cafe Martin in 1908, where Evelyn and Harry had dinner before the show

The Tombs — Where Harry Thaw was imprisoned during the original trial 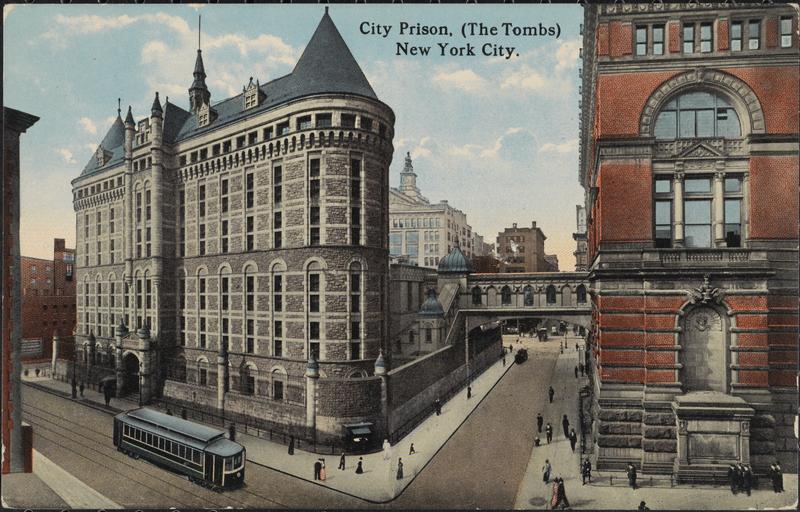 Ludlow Street Jail — Crowds linger outside during the lastÂ of the many Thaw trials. For most of his jail time, he was held in the Tombs. According to a Library of Congress commenter: “His lawyers successfully asked the court to move him from The Tombs to the Ludlow Street Jail, on the basis that he was not charged in a criminal matter, but that he was to have a jury trial only as to his present sanity.”

A 1907 nickelodeon filmÂ called The Unwritten Law about the crime.

Newsreel footage from 1915 of Thaw’s release.

Evelyn Nesbit performing in a nightclub in the 1930s (not sure of the club). Start the video at around 2:15:

The trailer to The Girl In The Red Velvet Swing, a highly fictionalized account of the crime. Nesbit was a consultant for the film.

4 replies on “The Murder of Stanford White”

I am curious as to the your thoughts on the movie “Ragtime”‘s portrayal of the Stanford White’s murder. License was taken for sure, however a lot of it seemed spot on. What do you guys think.

Great collection of photos! I can’t believe they ripped down that Madison Square Garden for the one we have today.

What a wonderful job of a sad and strange but compelling and illustrative story from the turn of last century. Great photos too. Thank you for your work as always.