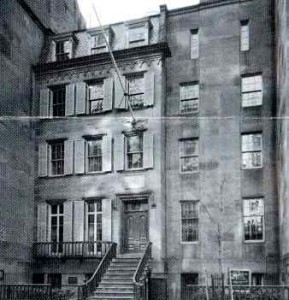 Our weekly tribute to a severely off-the-beaten-path museum or landmark that you may not know about. Instead of Moma, why not try out one of these places? Past entries in this series can be found here.

President residences arent what you call ‘unusual’ by any stretch of the imagination. But the Theodore Roosevelt Birthplace Historic Site, on 28 E 20th Street, is unique in that Theodore Roosevelt was never born here — never even lived here — and most of the possessions displayed werent even owned by him.

Once you get by those two teeny little facts, the Site is actually a treat, a wealth of calm and antiquity just steps from busy Broadway and Park Avenue.

The actual brownstone Teddy did live in — being born here in 1858 and residing until 1872 — was in the same location as the present building, but was demolished in 1916 for an office building. However, when he died in 1919, ten years after leaving office, a craze of honorific activities lead to plans to rebuild the original brownstone. It was eventually reconstructed later that year.

And I can see why it was important for not just Roosevelt admirers, but the city of New York. Roosevelt was the only president born in Manhattan, and as a man better known for his adventurous, rugged qualities, its important to remember what an impact the big city had on him as well during his 14 years here. 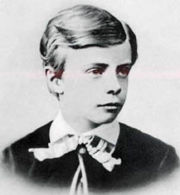 The lush but suprisingly quiet home features artifacts from Roosevelt’s childhood salvaged by his widow, although most of the furniture is from other family descendents, and the overall effect doesnt speak so much to understanding Roosevelt as it does understanding New York in the mid-1800s.

There are moments where you feel as though youre traipsing through a Henry James novel, imagined ladies sipping tea on those ice blue couches in the parlor. Roosevelt was a rather sickly child, and in the recreation of his room upstairs, you can find a small stairway to the roof — where Teddy’s father set up a gymnasium.

The extra touches continue downstairs to his favorite chair in the library, reupholstered in red fabric to protect Teddy’s knees from scratching. Its quite enlightening actually to see such adoring care for a small child who would later be known as an iconic figure of early 20th Century masculinty and ruggedness.

There’s a pleasant little display on the first floor of mementos and photographs giving a brief portrait into the man’s later career.

As lovely and quaint as the home is, the city’s most dramatic tribute to Teddy Roosevelt is his statue on horseback, outside a building he helped found — the Museum of Natural History.

Details about the Birthplace Historic Site, operated by the National Park Service, can be found here.

By the way, the actual home where he died can also be visited upstate in Sagamore, NY, and as a visitor is a bit ‘sexier’ than the Birthplace, as it was considered the ‘summer White House’ during Teddy’s presidency. Even the site of his inauguration still stands in Buffalo, NY.

Above is a pic of young Roosevelt, and here’s the current entrance to the museum: 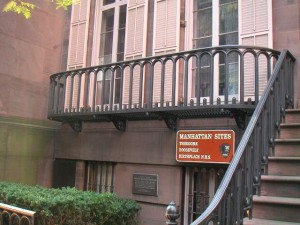 I am just reading this now so I hope you have changed the error of where Teddy Roosevelt died from upstate Sagamore, NY to Sagamore Hill, Oyster Bay, Long Island!