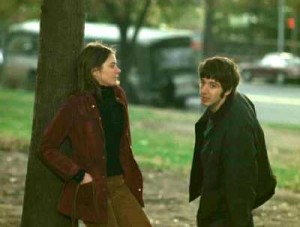 BOWERY BOYS RECOMMEND is an occasional feature whereby we find an unusual movie or TV show that — whether by accident or design — uniquely captures an era of New York City better than any reference or history book.

The traffic island at 72nd and Broadway has always been one of the Upper West Side’s most distinctive, with its vintage subway control houses on either side of the street sitting in two distinct ‘parks’ — Verdi Square with its lovely shady patches and statue of composer Giuseppe Fortunino Francesco Verdi; and Sherman Square, a virtually barren traffic triangle that honors nothing in the way of its namesake, Civil War hero William Tecumseh Sherman. 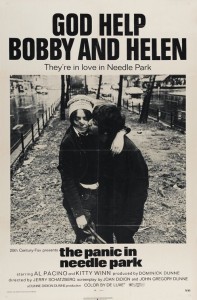 It was a different world 35 years ago, when this area was known by another name — Needle Park, your friendly uptown destination for junkies and dope fiends. The 1972 docudrama Panic In Needle Park vividly depicts this.

The film is primarily known as the breakthrough role of Al Pacino — it’s actually his second film — and its easy to see why. He plays Bobby, a deal who continually fails to break the habit, and even lures his innocent sweet girlfriend Helen (Kitty Winn) into a world of dope scores and prostitution.

More surprising than finding Pacino here is the film’s other contributors — Joan Didion and John Gregory Dunne wrote the screenplay, Dominic Dunne produced it, and showing up in early roles are Raul Julia and Paul Sorvino (as Helen’s hapless john!)

The film is seen through Helen’s eyes who clearly has a few opportunities to escape via a handsome police detective who has seemingly been assigned exclusively to her.

It’s fascinating to see this now-clean stretch of Broadway through a lens of grit, a depiction of New York as a hopeless metropolis sinking into ever-stewing pools of urban decay. Most striking is the scene where Pacino attempts to score from a dealing in front of the Museum of Natural History*.

The raw, early indie style of director Jerry Schatzberg would go on to influence other films, although some of its techniques have been rendered into cliche. However, for lovers of 1970s New York cinema, this sobering and rather exhausting film is a must-see.

Below: a picture of the Sherman Square subway station today: 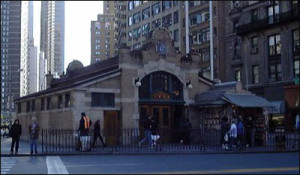 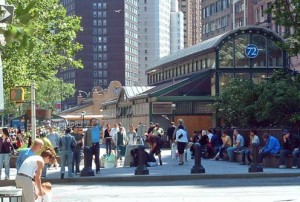 *One could write an entire book about the depiction of the Natural History museum in film. See the last Bowery Boys Recommends article about Q: the Winged Serpent.

3 replies on “Ah, the bad ole days of Needle Park”

I LIVED IN NEEDLE PARK BACK WHEN I WAS A HOMELESS RODEO CLOWN. NOW I AM A WORLD CLASS MAGICIAN !

Let’s get sum beer light a fire & take a seat cuz I wanna hear some stories!!