Join the Bowery Boys for a trip through the history of Grand Central — the depot, the station, and the terminal. 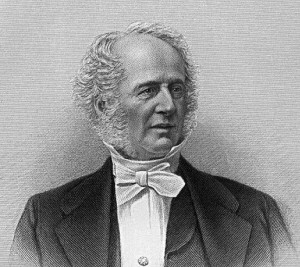 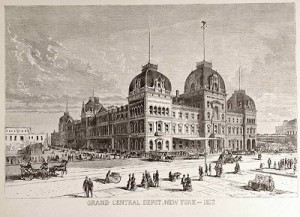 Behind the Depot during the blizzard of 1888. The walkways over the tracks are easily seen from this vantage. 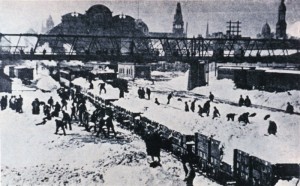 An interesting angle of Grand Central from the 1920s. Notice the big nothing behind it. 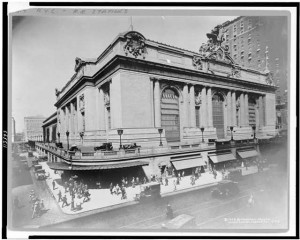 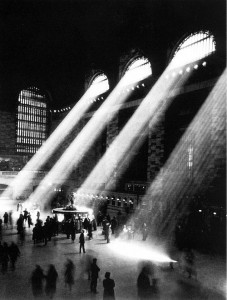 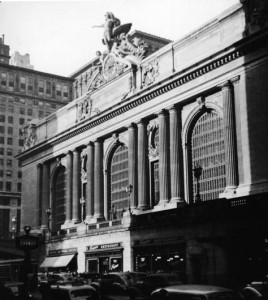 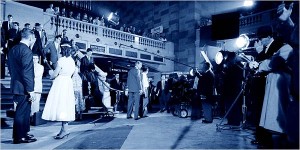 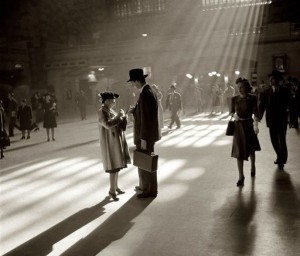 For a short time, Grand Central hosted a movie house 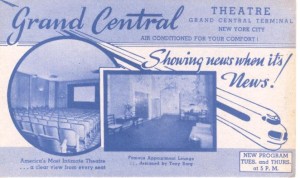 Grand Central becomes a host to a lot of unusual objects, including this Redstone rocket, in an apparent sign of U.S. strength during the Cold War 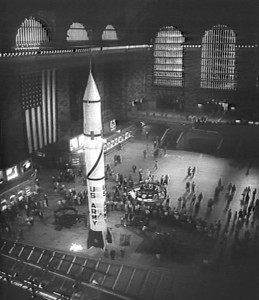 Advertising dominated the main concourse by the 50s, including this well known (and rather garish) Kodak sign 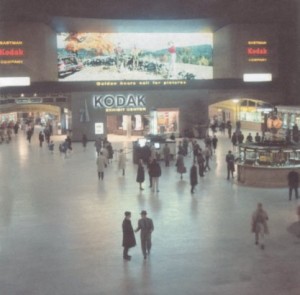 Inside the Terminal today: the glittering spherical chandeliers, their gold lustre rediscovered during the extensive renovation of the 1990s 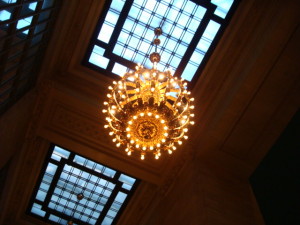 The vast astrological themed ceiling, lit with fiber optics to highlight the constellations 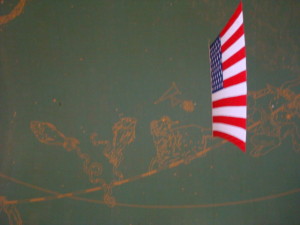 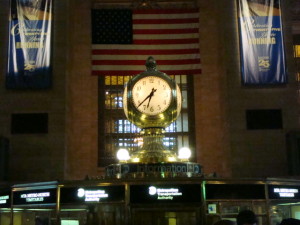 On original face of the opal clock sits in the Grand Central Transit Museum. The hole you see in the face is purported to be a bullet hole! 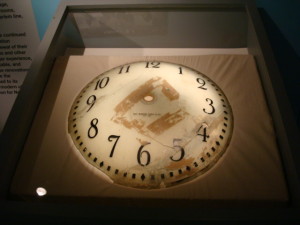 The eastern staircase, in near perfect symmetry with its older western companion, was actually just built during the renovation. It was in the original plans but was never built, probably because nobody considered there would be much activity on the building’s east side. 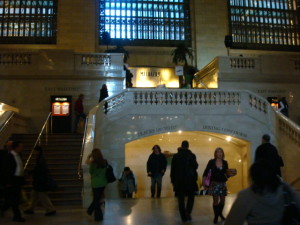 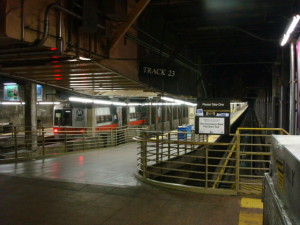 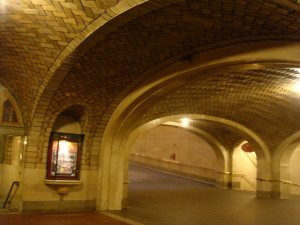 i love your show; you will certainly be missed next week. i’ll be feverishly waiting for the next Bowery Boys project! Perhaps you could talk about NYC’s love/hate relationship with Philly, as an aside. keep up the phenomenal work!

Love your show, as always. Love it when you guys start cracking up. 🙂

I’m not a New Yorker but wish I was. In February 2000, I visited NYC for the first time and, among other things, paid a visit to Grand Central Terminal. I tried not to look like such a noob, but as soon as I set foot into the main concourse, I stood stock still and gawked with a goofy tourist grin on my face. The size and grandiosity blew me away. Hard to believe some of the “decorations” installed in times past, ugh, and glad they got rid of those cheapening elements.

I’m a native New Yorker, but the east side may as well be a foreign country to me. I visit it every year or two to see my dentist who is right near Grand Central, and even when I don’t have to I always walk through the grand concourse. I stare up at the ceiling like a noob every time. I especially like to find the little patch of dirt they left when they cleaned it. I was surprised that wasn’t mentioned on the podcast.

I love this site and the podcasts and have downloaded them all however this episode is the only one that will not work for me. any tips to downloading this one? is the error on my end?
thanks.