The city tried out its interesting Summer Streets experiment this past Saturday morning, shutting out cars along Lafayette, Fourth Avenue and Park Avenue, from the Brooklyn Bridge up to 72nd Street. The result was a temporary respite from noise and traffic; you literally felt yourself puncturing a wall of sound upon re-entering the world of automobiles.

Beyond a playground for cyclists and runners, Summer Streets offered a couple historical treats. For once you could literally imagine what Park Avenue might have been like before the accepted crush of automobiles.

Here’s Park Avenue at around 52nd Street, with St. Bartholomew’s to your right 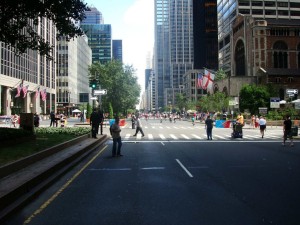 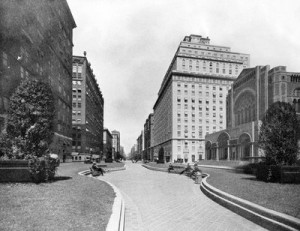 In addition, pedestrians got to take a closer look at the Grand Central Terminal overpass, normally a traffic only thoroughfare. Sadly, the closest anybody’s had to really walking on this recently was Will Smith in I Am Legend 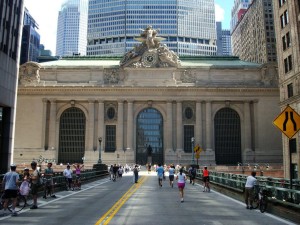 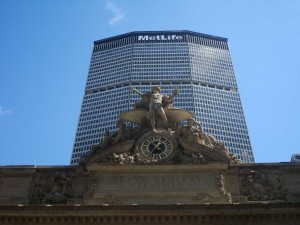 This is the first time most of us will ever be able to walk up to Cornelius Vanderbilt, standly stately at the entrance: 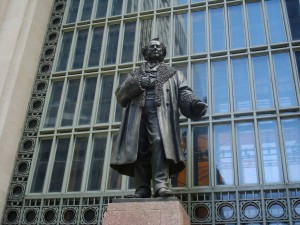 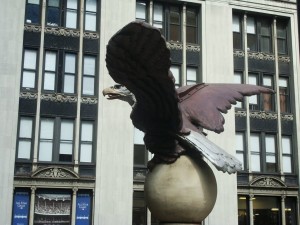 Within the tunnel itself, you can stop and notice (as opposed to whisking by) the withered ornamentation in the portals underneath the Helmsley Building 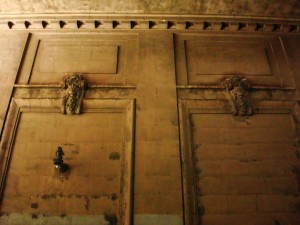 2 replies on “A historic stroll down Summer Streets”

I really, really hope the city does this every summer. I had a blast this past weekend. But it pained me as a cyclist to see hot-dogging roadies barreling ass down Park Ave., narrowly missing families and dogs every 50 feet. Slow down!

i wish we could turn park back into its pre-1922 form. Having an avenue like that would be such a unique landmark. seeing those two pics together made me happy and sad at the same moment. New York and its mixed emotions… its too much!