Prospect Park, Brooklyn’s biggest public space and home to the borough’s only natural forest, was a sequel for Olmsted and Vaux after their revolutionary creation Central Park. But can these two landscape architects still work together or will their egos get in the way? And what happens to their dream when McKim, Mead and White and Robert Moses get to it?

The area of Prospect Park in 1776. This spot, called Flatbush Pass (and later Battle Pass), was the scene of a violent clash between Continental Army soldiers and Hessians employed by the British army. Part of the reason the park was located here was to preserve this hallowed historical war spot. 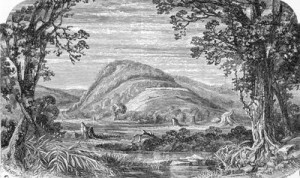 Egbert Viele’s proposed ‘Mount Prospect Park’ blossomed around Flatbush Avenue, which would be arched with pedestrian bridges. This plan would have retained Mount Prospect. But what kind of a park has a major thoroughfare cutting right through it. 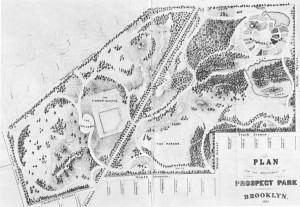 Olmstead and Vaux, meanwhile, opted to eliminate one side of Viele’s plan entirely, expanding it south and west with newly acquired land. 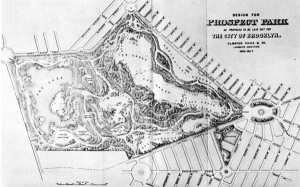 The home of Edwin Litchfield, as it looked back in the day… 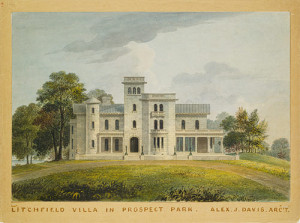 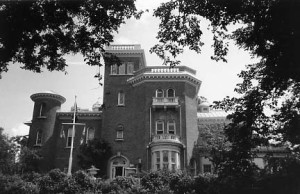 An artist’s depiction of Prospect’s tableaux-style natural foliage. The landscape architects wanted to ‘augment’ the natural beauty of the area. That augmentation included over 70,000 new trees and shrubs. 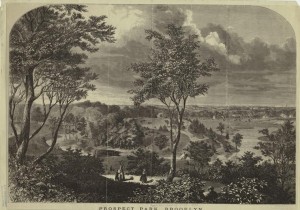 Arches, bridges and overpasses weave throughout the park, often creating fairytale like settings. Photo, taken in 1887 by Wallace G. Levison 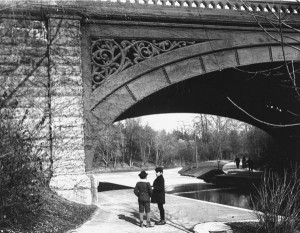 Grand Army Plaza in 1894. More would be added to the plaza, giving it that ornate, triumphal feel — not exactly what Olmsted and Vaux had really intended. 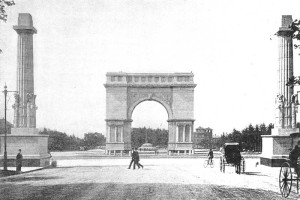 Young adults hangin’ around the park, circa the 1910s 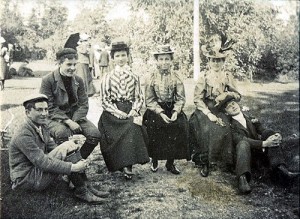 One of Robert Moses’ more beneficial additions: the Prospect Park Zoo (as it looked in 1943) 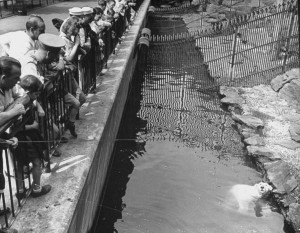 The old Leffert’s homestead did not start out in Prospect Park. It moved there when it was sold to the city in 1918 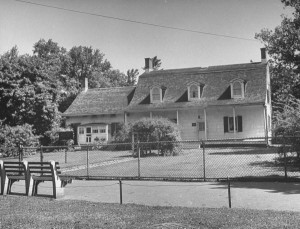 A current map of the park. 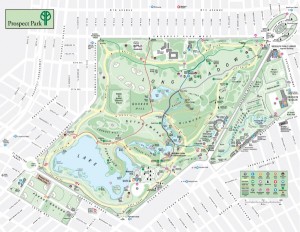 Montgomery Clift is buried in the small Quaker cemetery in the southwest corner, near the entrance by Bartel Pritchard Circle.

You guys said Prospect Park is bigger than Central Park — didn’t you? But it isn’t, from what I can see in Wikipedia.

Thank you for catching that! Not only did I misspeak, I actually contradict my very own information:

Central Park IS bigger than Prospect Park. I’ll correct the audio when I repost it in our archives section.

[…] plan would have placed the Mount Prospect Reservoir in the center of the park. A phantom of the imagination, Viele’s park did not include what later became […]