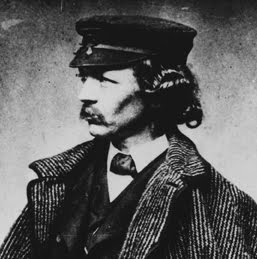 Hopefully some of you are watching the Ken Burns multi-hour epic documentary The National Parks: America’s Great Idea, a fascinating but rather languid celebration of American preservation of its greatest natural treasures.

I’m assuming that by Wednesday, Burns should get here to New York with discussion of two national monuments (the Statue of Liberty and Castle Clinton) protected through Theodore Roosevelt’s Antiquities Act. And later with the 1966 establishment of the National Register of Historic Places, as well as the 1972 formation of the Gateway National Recreational Area, scattered through Queens, Staten Island and New Jersey.

I was pleasantly pleased to hear the name Frederick Law Olmsted dropped during the first episode. Olmsted was a commissioner for the State of California in 1865, assigned to formulate a plan for Yosemite Valley, America’s first natural area granted money by the United States government.

From our perspective, Olmsted was between his two great New York masterpieces. The creation of Central Park had begun in 1857, but by 1960, Olmsted’s rocky relationship with the city and Tammany Hall got him replaced as superintendent. He fled to Civil War battlefields as secretary of the U.S. Sanitation Commission (prototype of the Red Cross) and eventually made his way to California as the operator of an unsuccessful mining company.

His attempts in Yosemite were not well received. His report to the state of California in 1865 is seen today as a far-sighted explication of the responsibility of government to preserve their natural gifts for the health and well-being of its citizenry. (You can read the entire proposal here.)

California just shrugged. It was their loss, frankly. Faced with this rejection and the failure of his mining practice, Olmsted came back to New York to work once again with his partner Calvert Vaux. A year after Olmsted’s Yosemite rejection, work was underway on their second masterpiece — Prospect Park.