Skip to the content
Â So far this has been pretty much been a low-accumulation winter in New York City, with only a half-inch of measured snow in Central Park so far this season. The worst snowfall was technically last fall, Â with that sloppy Nor’easter which hit just a few days after Sandy.

But many of New York City’s most powerful blizzards have actually occurred in the months of February and March — from the legendary Blizzard of 1888 to the most recent Snowicane from February 2010.

These images of a snowy city gone by will feel less interesting once the next big snowstorm happens. But until then, enjoy! And have a wonderful Martin Luther King Jr. Day and safe travels if you’re headed to the presidential inauguration.

Click on the pictures for a larger view. In particular, the picture at top and the 1914 photo below definitely have some spectacular details seen up close:

Sledding in Brooklyn Heights, from the corner of Henry and Joralemon Streets, according to the caption, ca. 1872-1887. Â (Photographed by George Bernard Brainerd, courtesy Brooklyn Museum) 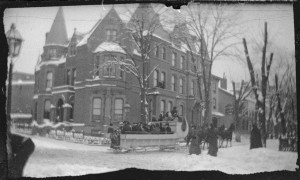 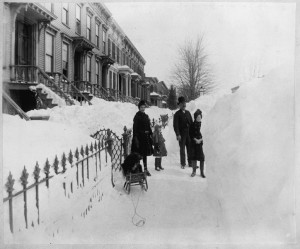 Central Park coasting with the kids, 1914 (Library of Congress) 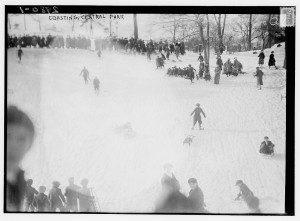 Streets of snow in Harlem after a February blizzard in 1899. (LOC) 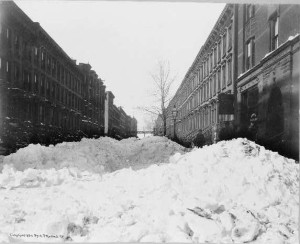 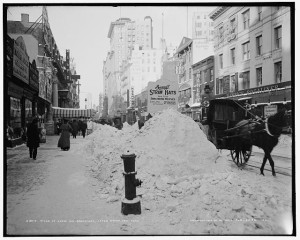 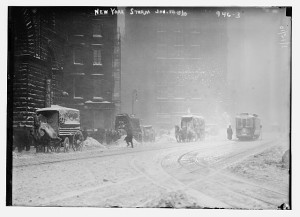 In the throes of a 1914 blizzard, literally stopping streetcars in their tracks. (LOC) 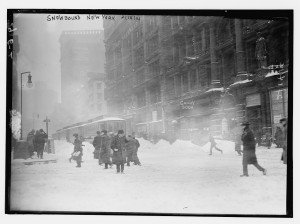 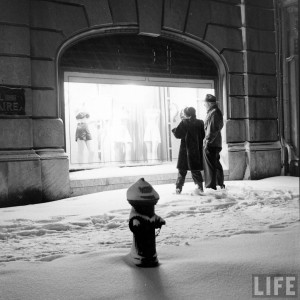 And children in Central Park in 1954. Not so different from the scene above taken forty years earlier! (Peter Stackpole/LIFE) 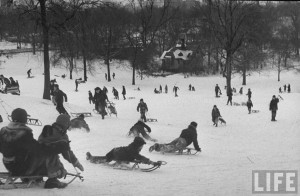 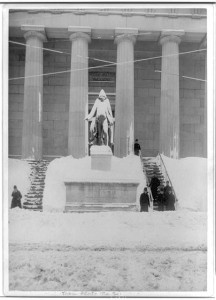 Seems they might have had the same idea one hundred years ago. The headline from the New York Tribune on January 19, 1913: 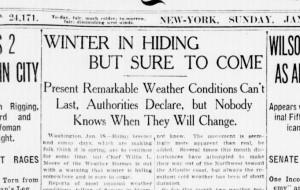