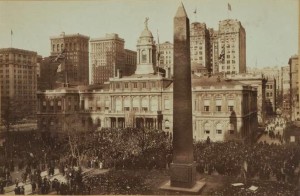 Today is Veterans Day in the United States, a holiday devoted to the memory and service of those in the American armed forces.  While this is a commemoration of all men and woman who have served — during war and peace-time — the specific date of Veterans Day (November 11) derives from one particular moment — the end of World War I, on November 11, 1918.

By 1919, several individual states had already made Armistice Day a holiday.  According to the New York Tribune, the first Armistice Day parade that year took place at four in the morning, when Brooklyn post office workers and a thousand other well-wishers took to the streets in front of Brooklyn Borough Hall.

Armistice Day was declared a national holiday in 1938.  At the completion of World War II, the national holiday was expanded to include those who had served in that war, officially renamed Veterans Day in 1954.

But I do find it interesting that the date itself commemorates a specific event, and one that brought a flood of relief and passion to millions of people around the world.  Here’s how the major New York City newspapers presented the event to their readers: 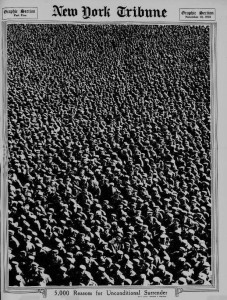 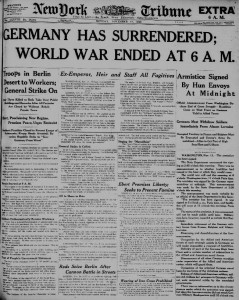 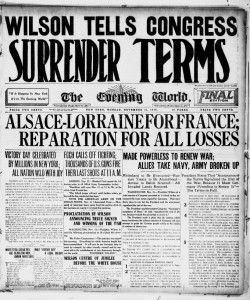 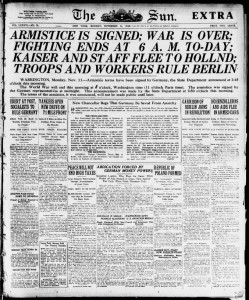 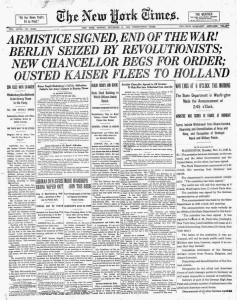